Immediately following the tour of the tuna action, Ken and I went on a hunt for authentic Japanese rice and fish.  With the long lines at some of the most popular sushi restaurants, we selected a relatively busy spot that looked more traditional based on the lack of English and just a bit of racial profiling.  The menu at this spot featured Edo style sushi as well as donburi (丼), which is basically rice in a bowl with food covering it.  Thinking about Yoshinoya? Yup, those beef bowls are also considered donburi. 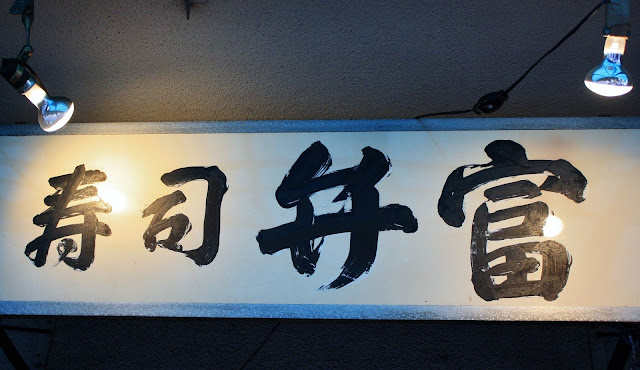 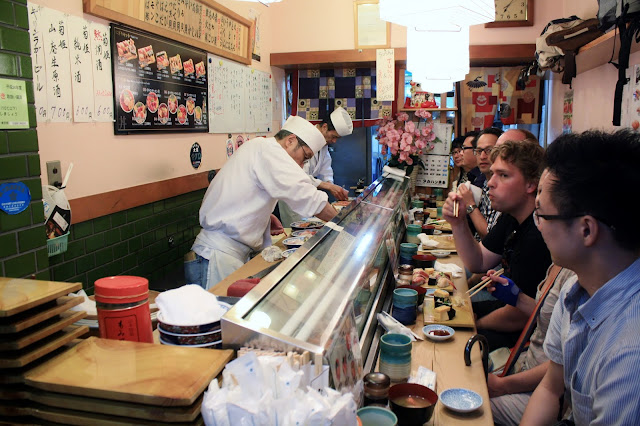 We each got donburi bowls filled with fresh tuna sashimi and other fish, seafood, and assorted deliciousness.  There were at least two grades of tuna, including both the more common maguro (マグロ) and the more fatty toro (トロ). 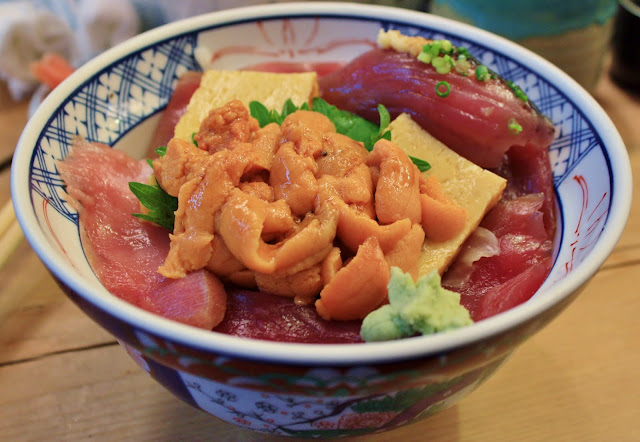 Mine consisted predominately of sea urchin (uni / うに), which is a personal favorite.  The freshness of the seafood was pretty much guaranteed considering that many of the restaurants from the Tsukiji Outer Market purchase their products directly from the wholesalers in the Inner Market. 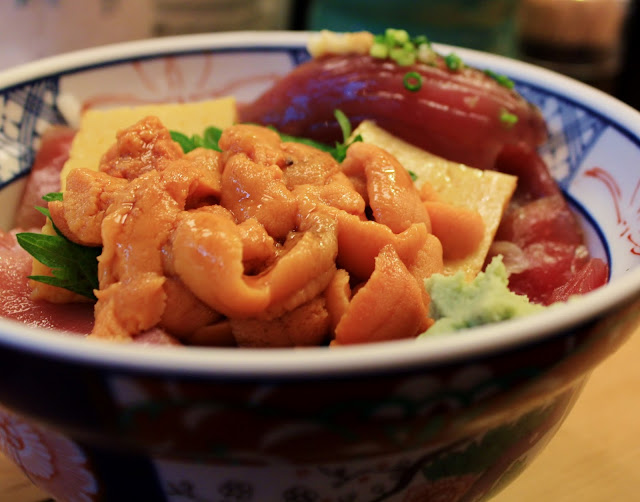 Even the egg (tamago / 卵) was freshly made.  It could almost be described as buttery smooth even though I can almost guarantee that there was no butter used in the preparation. 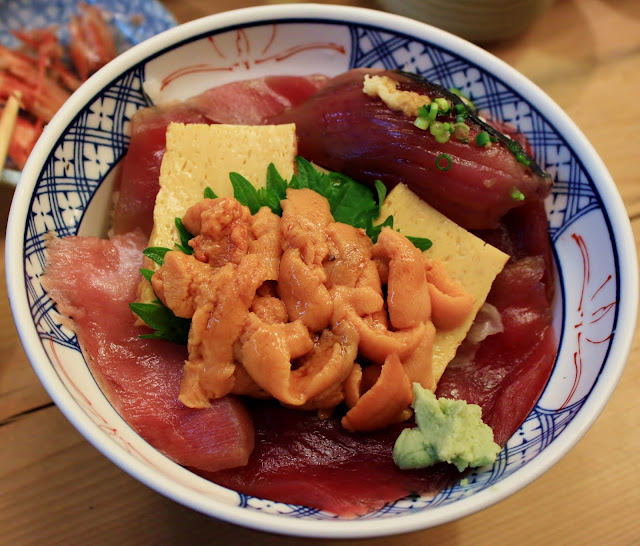 I still could not believe that Ken and I were having sashimi for breakfast.  It was not even 7:00 in the morning yet.  This meal was definitely one of the highlights of my time in Tokyo.  Until next time, let's all get S.O.F.A.T.

Bentomi opens at 5:00 a.m. every morning, and they are closed on Sunday.  For more pictures of our breakfast bowls, check out my Flickr set here.