At the Hachiko Exit (ハチ公) of Shibuya Station (渋谷駅) is one of the world's busiest and most famous intersections... Shibuya Crossing.  A huge number of tourists take the escalators up to the Starbucks store overlooking the intersection to take pictures and video of the scramble crossing.  I was one of the many that did just that on a rainy day in Tokyo. 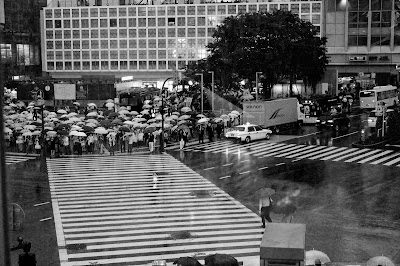 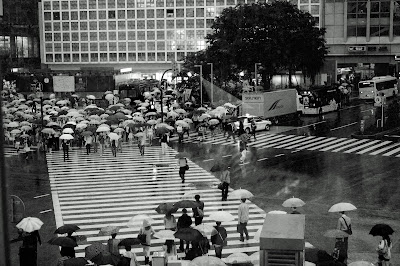 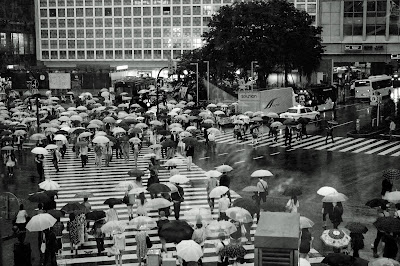 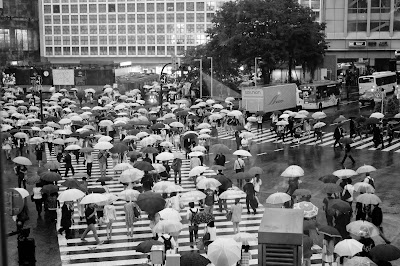 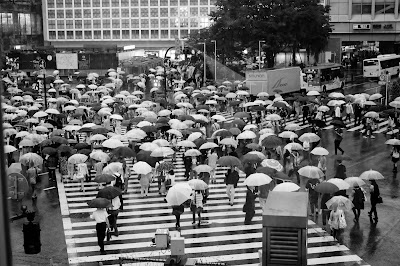 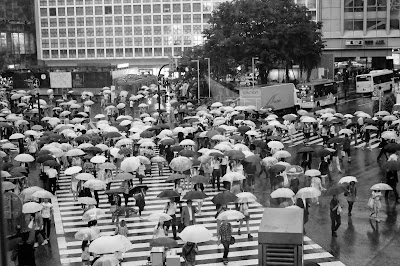 I can only assume that there would be more people crossing this intersection when it's not raining. 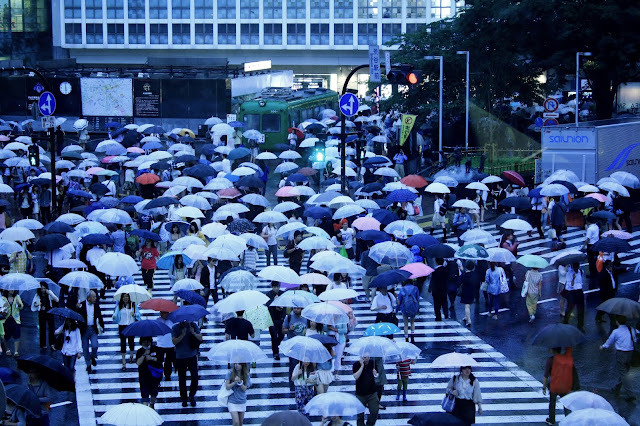 This is definitely one of the big tourist attractions in Tokyo.  Many people also visit Hachiko, which is the bronze statue of a dog by the same name that apparently met his owner Professor Ueno at Shibuya Station everyday after work.  The dog is famous because he continued to arrive at Shibuya Station to wait at the same time each day even after his owner had passed on.  Tons of people use the Hachiko statue as a meeting location.  Just a warning... it's packed.

Enough people watching... it's time for dinner.  Until then, let's all get S.O.F.A.T.