Despite my unholy consumption of bread earlier in the day, I was not done eating carbohydrates just yet.  For dinner, Tokyo resident Kristen Shimatsu introduced Ken and me to Tsurutontan (つるとんたん), a restaurant that serves Godzilla-sized bowls of udon (うどん) noodles. 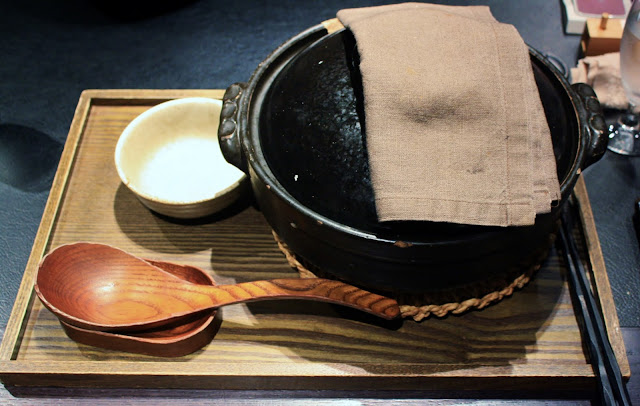 I ordered the nabeyaki udon (鍋焼きうどん), a traditional noodle soup served directly in the cast iron pot that it's cooked in.  Even though the display case outside the restaurant gives customers a glimpse into the life sized portion of the noodles, it is still hard to believe that a bowl approximately the size of my torso is sitting piping hot in front of me. 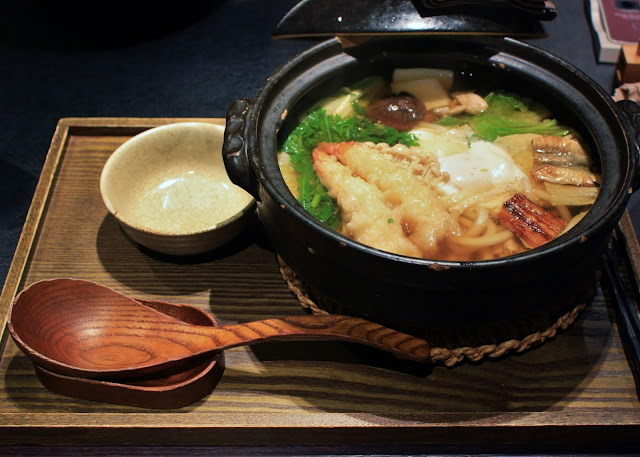 A variety of ingredients were placed atop the broth, including shrimp tempura, chicken, unagi, a poached egg, tofu skin, enoki and shiitake mushrooms, sliced bamboo, cabbage and kikuna.  The jagged edged vegetable known as kikuna in Japan is more commonly known as tongho in Mandarin at hot pot restaurants or crown daisy in English at local American supermarkets. 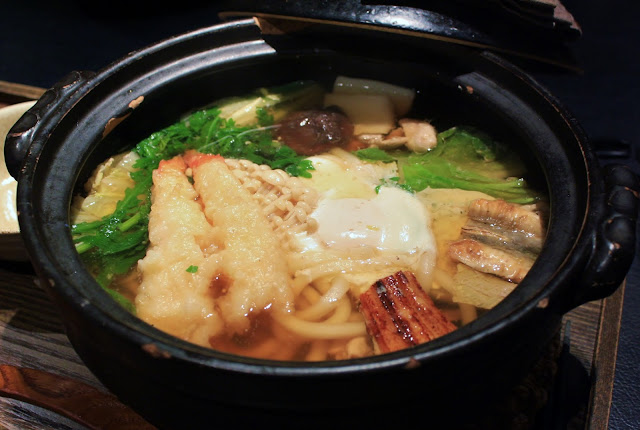 Common in Japanese ramen is one half of a soft boiled egg that garnishes the top of the noodles.  However, in Japanese udon, the egg is usually fully cooked through.  What I love about eggs in Japan and Taiwan is the glowing orange hue of the yolk.  It is something that we rarely see in America, so when I see it in Asia it becomes a sort of treat. 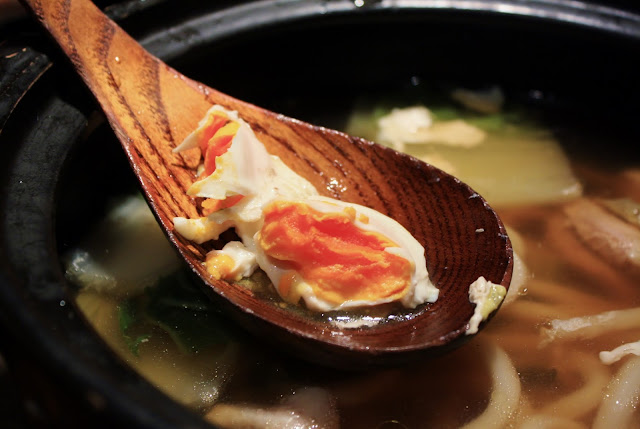 Kristen ordered a vegetable udon, and Ken ordered the pork udon.  We also chose a tako salad with  lotus root and nagaimo to share.  The citrus in the salad dressing was a good palate cleanser for our very savory noodles. 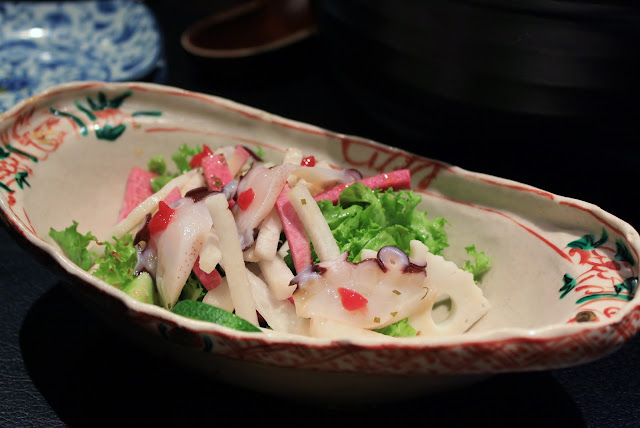 The flagship location in Roppongi is open for lunch at 11:00 and does not close until 8:00 in the morning.  I am already thinking that this might make a good spot for some post-drinking eating.  Speaking of which... now that dinner was complete...

Check out more of the giant bowls of udon in my Flickr set here.