After landing at Narita Airport, I took the train into the city, checked in at the Westin Tokyo, and met up with Ken, my good pal who happens to be fluent in Japanese.  If you ask him, he might tell you his Japanese is shoddy, but he is just being modest.  He can make fun of any gaijin in Tokyo using nihongo... and that is clearly the true sign of being fluent in a language.  Right. 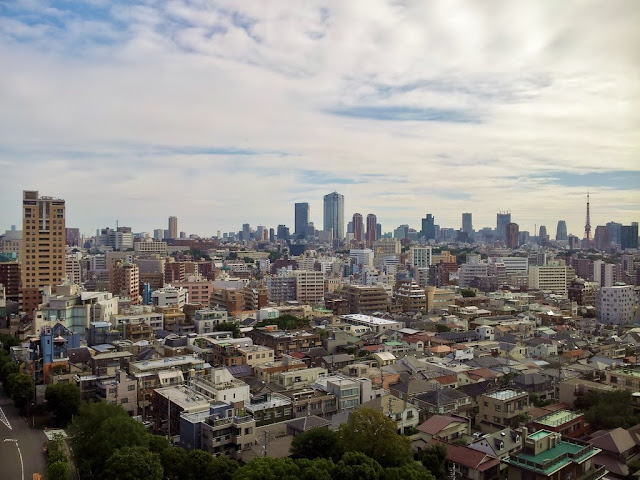 Ken's parents took us out to Jojoen (叙々苑), a popular chain of yakiniku restaurants across Japan.  The Ebisu location of the restaurant is located on the top floor of the Yebisu Garden Place, which is a stone's throw away from the Westin.  Okay, it's really just across the street, but I really think that Tom Brady could Hail Mary a pass from the rooftop of the hotel, and it would actually hit the building where Jojoen is.  In either case, Jojoen has damn delicious meats, and there are locations across Japan (from what I gather after looking at the list of store branches).  I wish I could tell you what I had, but the Lee family ordered in Japanese.  I simply ate as much grilled meats as any red blooded American dutifully could.  The beef... oh, the marbling on the meat was gorgeous. 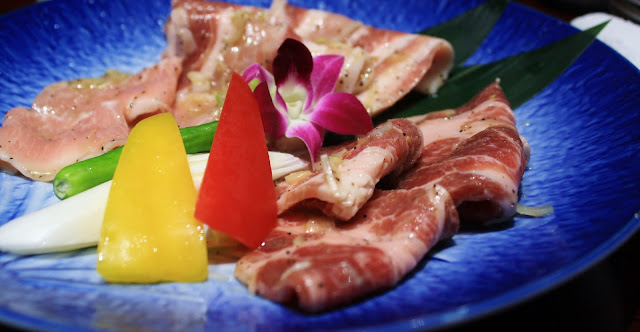 Not only did we have sliced beef, juicy steak, fatty pork and the like, we also had a version of Korean bibimbap too... with the rice sizzling away in the stone pot making for a crisp and toasty bottom layer.  Thank you to Mrs. Lee for topping the crunchy rice with a grilled scallop later.  Oishii desu. 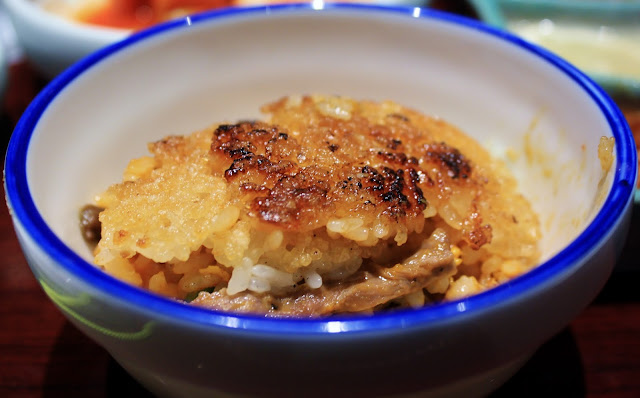 Speaking of seafood, my eyes were opened to a whole new world of possibilities when Mr. Lee ordered this abalone porridge that was like a cross between seafood risotto, soft steamed chawanmushi, and crack.  It reminded me of a savory rice pudding with the consistency more like the custard like center of a Portugese egg tart. 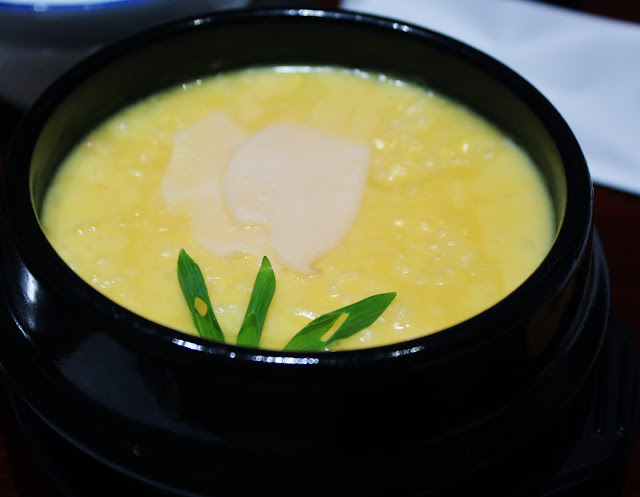 After all was said and done, there was more to be said and eaten.  We finished the late dinner off with some heart shaped green tea ice cream drizzled with some caramel like maple syrup.  Everything in East Asia has to be super cutesy, right? 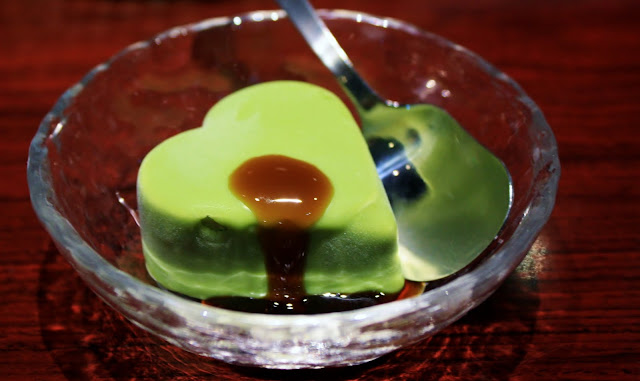 Ah, a good first few hours thanks to the Lee family... and looking forward to all the delicious eats to be had in Tokyo.  But for now... a little shut eye since the 11 hour flight was flown entirely in daylight.  Until the next meal, let's all get S.O.F.A.T.

See my Flickr photo set for Jojoen here and the filtered versions of the pictures on Instagram here.

Here is some more information in English on Yebisu Garden Place from Japan Guide.