On my first visit to Beverly Hills Brownie Company last summer, I declared the beginnings of the Brownie Comeback.  Owner Bobbie Greenfield made 241 batches of red velvet brownies before she perfected what we thought we knew as our favorite childhood treat. 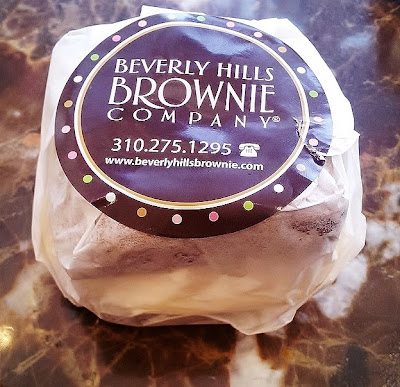 Since then BHBC has gone full steam ahead and has developed new flavors, new ideas, and new famous followers.  Our favorite Hollywood celebrities such as Kristen Chenoweth have picked up on this brownie craze as well.  The beautiful blonde who blossomed on Broadway blasted about the brownies from her Twitter account @kchenoweth.  Her favorite is said to be the red velvet. 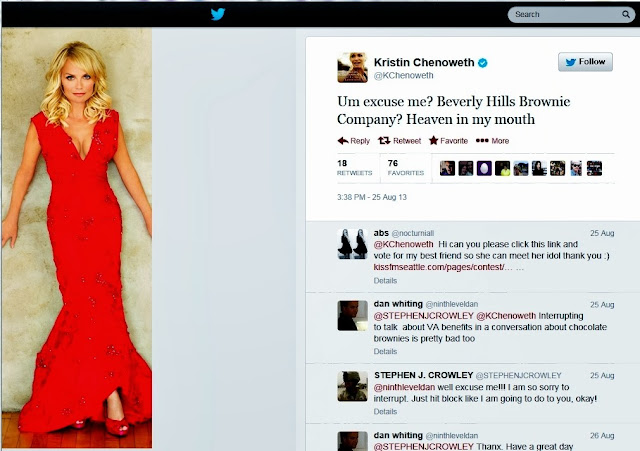 Rumor has it that a certain hit R&B artist who was a judge on the last season of The Voice ushered in a few brownies for himself, and the host of the rival singing competition on Fox has idolized these delightful desserts while on air also. 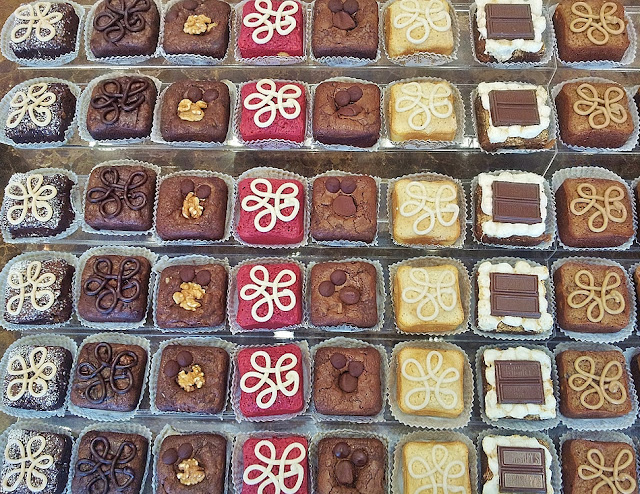 New flavors on the menu at BHBC this season include the S'mores, complete with graham cracker crumble and toasted mini marshmallows... no fluff here.  It's even topped off with a block of the classic Hershey's signature milk chocolate... perfect for those who are having a major case of summer camp nostalgia. 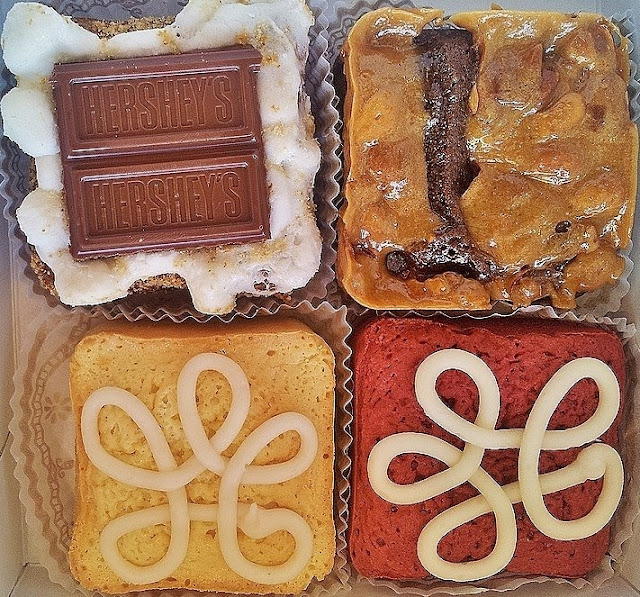 The brownie ice cream that is coming out in just a couple of weeks may gain some of its own fans.  As for me, I am still loyal to the peanut brittle, red velvet, and the brownie ice cream sandwich.  It really is the perfect ratio of brownie to ice cream.  It even inspired me to make a video using the Tastemade app (currently only on iPhone and iOS devices) featuring said scrumptious sweets.


If you haven't already done so, check which one of the more than two dozen different flavors of brownies will be the heaven in your mouth.  Until next time, let's all get S.O.F.A.T.