Every trip to Portland requires a visit to Voodoo Doughnut whether you love doughnuts or not.  It has become an institution in this city since opening its erection.  Some have flocked to this twenty four hour corner store to simply see the snake of a line, but many more wait patiently to experience that yes, indeed... the magic is in the hole. 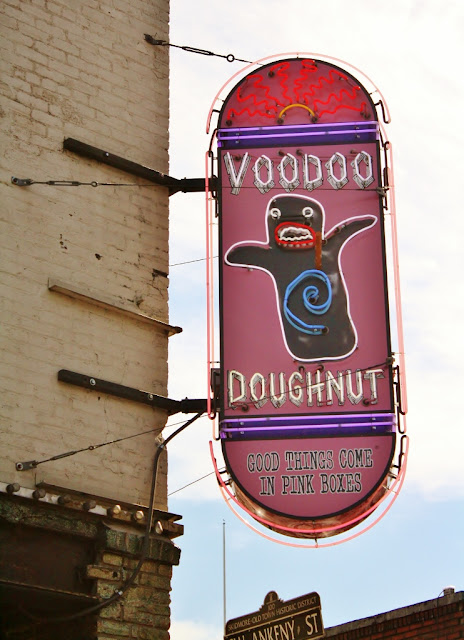 Angela and I went to the shop to see what the fuss was all about, and I will stop just shy of saying that the doughnut shop put a spell on us because the two of us left with about three dozen doughnuts... for our friends and family, of course.  We were cursed by the voodoo doughnut to have an unrelenting craving for these fried rounds of dough, but partly, it was because we had absolutely no willpower.  None. 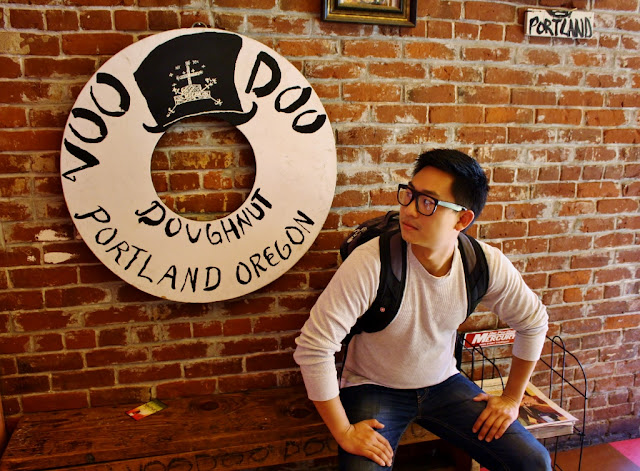 Here are the doughnuts that I bought with the exact descriptions from the menu on the Voodoo website... and some of my commentary.  The site may curse you with uninhibited gluttony too, and it may have possessed me to say some of these things.  Beware. 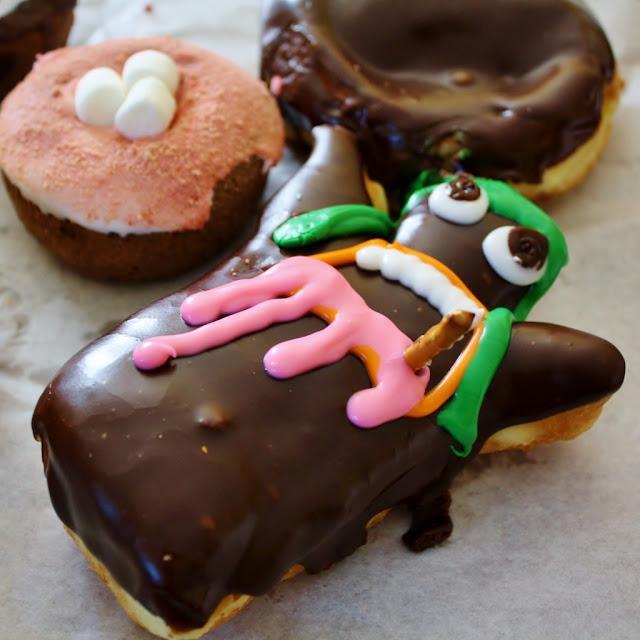 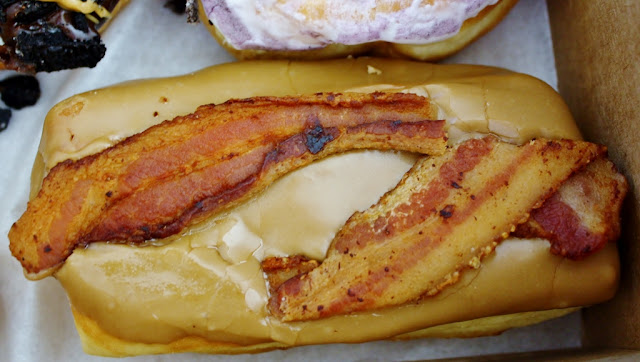 Bacon Maple Bar.  Raised yeast doughnut with maple frosting and bacon on top! This was delicious... my favorite. 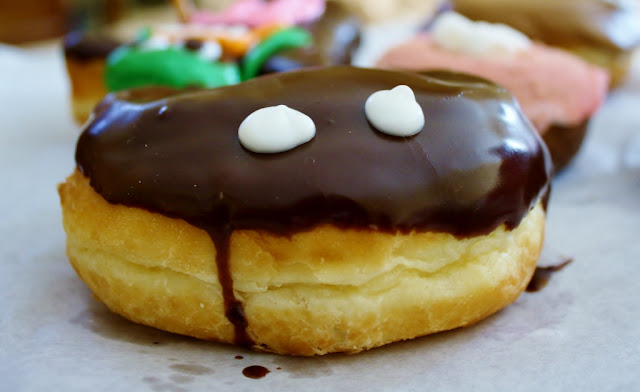 Portland Cream.  Raised yeast doughnut filled with Bavarian cream.  Topped with chocolate and two eyeballs, representing the vision of our great city.  Well, what I see is a doughnut, so I think I will eat the vision of Portland. 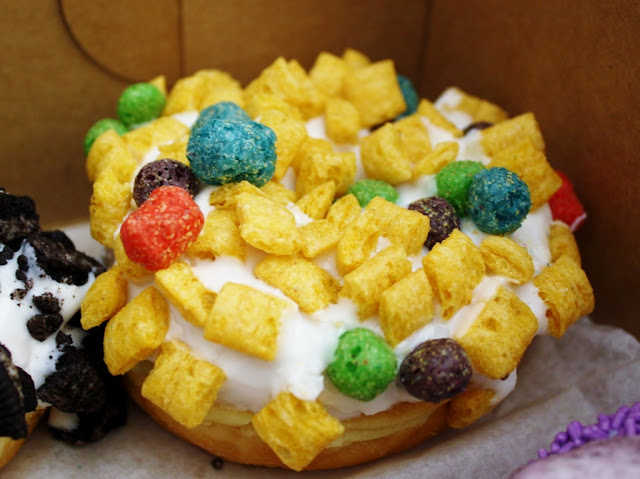 Captain my Captain.  Raised yeast doughnut with vanilla frosting and Captain Crunch! Like drugs, really.  I can smell the sweetness of the sugar. 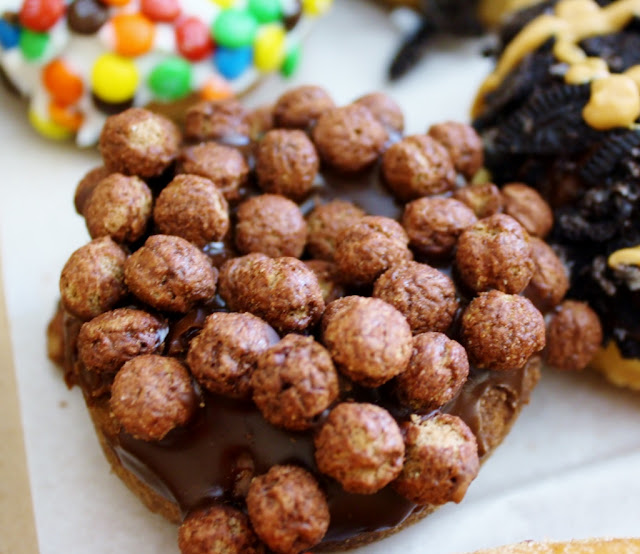 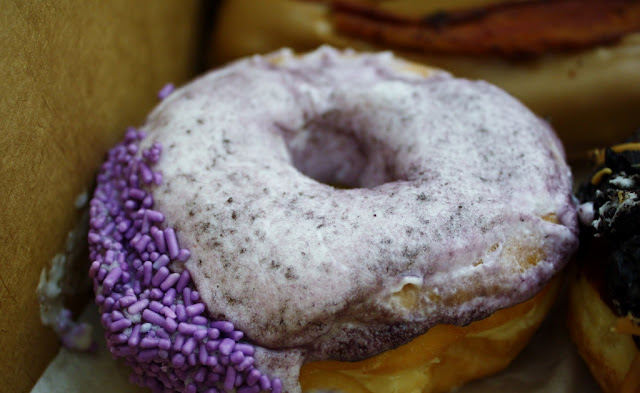 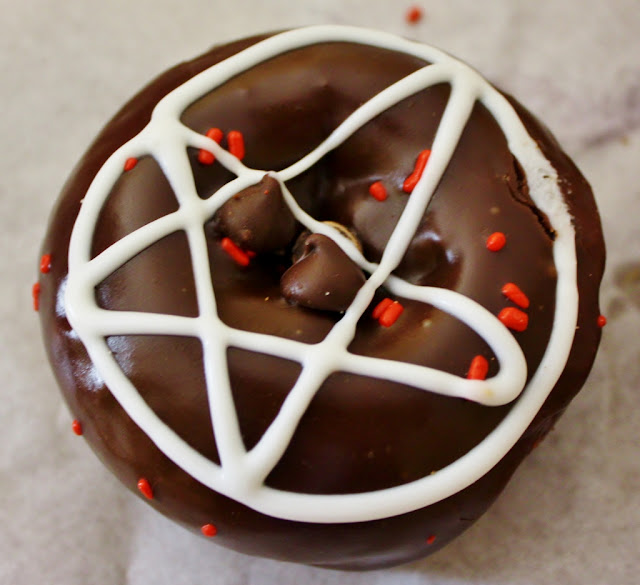 Diablos Rex.  Chocolate cake doughnut with chocolate frosting, red sprinkles, vanilla pentagram and chocolate chips in the middle! This one looks like it's verging on voodoo too. 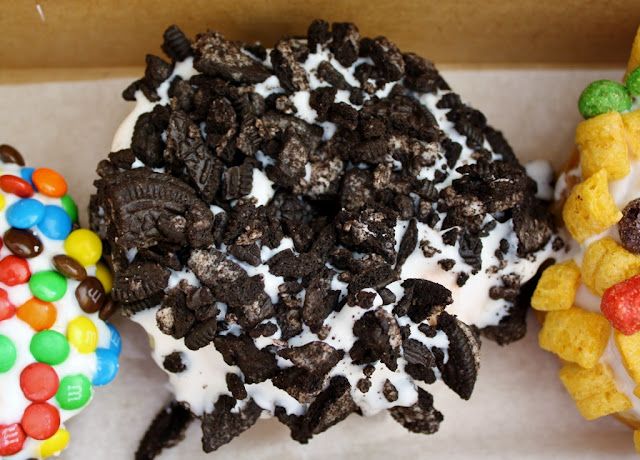 Dirt Doughnut.  Raised yeast doughnut with vanilla frosting and Oreos! It'd be cool if there were some gummy worms digging their way out of this thing. 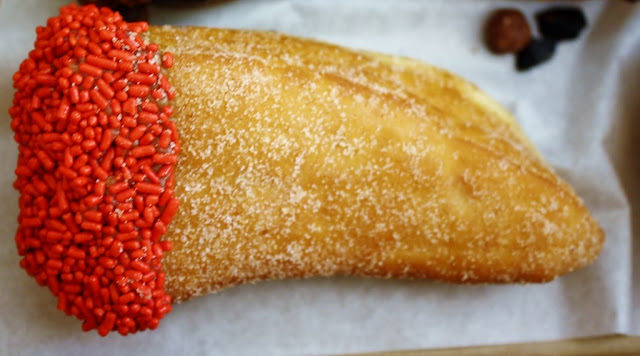 Maple Blazer Blunt.  Raised yeast doughnut shaped into a blunt and dusted with cinnamon sugar.  The tip is dipped in maple frosting and red sprinkle embers.  Prices vary due to Blazer Mania! OK, what someone smoking a blunt when they created this? 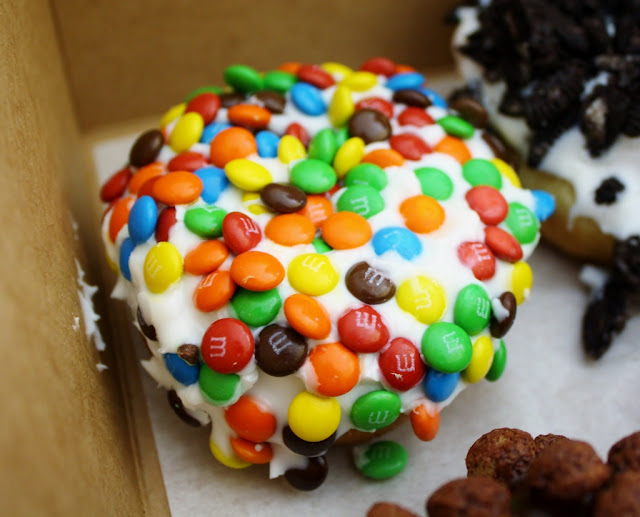 Marshall Mathers.  Plain cake doughnut with vanilla frosting and mini M&M's! Haha, I get it... it's very punny. 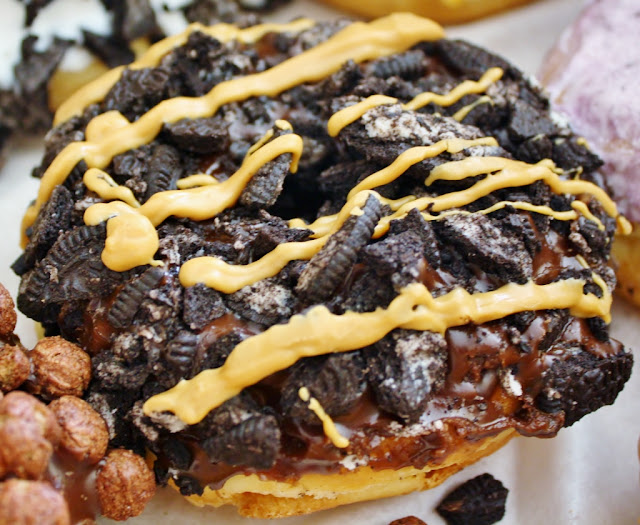 Old Dirty Bastard.  Raised yeast doughnut with chocolate frosting, Oreos and peanut butter! Combine the Old Dirty Bastard, the Marshall Mathers and the Maple Blazer Blunt, and you get a Rapper's Delight.  No joke.  It's on the menu for $4.20. 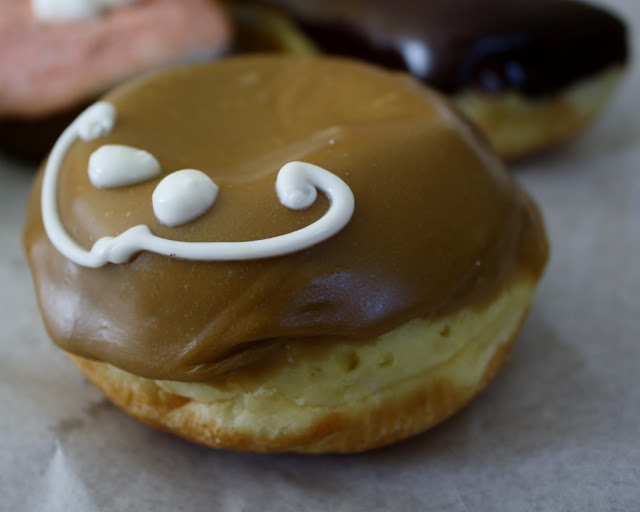 McMinnville Cream.  Raised yeast doughnut with Bavarian cream with maple frosting on top and two eyeballs and a mustache! Wait, does this guy have a brother or cousin that I've seen before? 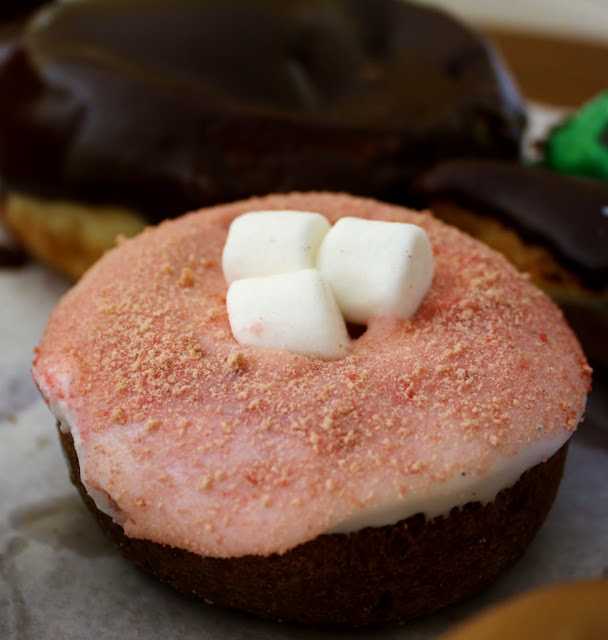 Neapolitan.  Chocolate cake doughnut with vanilla frosting, strawberry dust and three marshmallows! Why are we so excited about marshmallows?!

There you have it... a baker's dozen of the most popular devilish delights from Voodoo.  I took them back to So Cal with me.  Angela had a dozen of these too.  We got stares from everyone walking through the weird streets of Portlandia, and when we got moved up to the front of the plane (because the TV screen wasn't working), some of the passengers on the plane accused us of bribing the cabin attendants with doughnuts... jokingly, I think.  And back at Long Beach Airport, a dad even said to his son, "Hey, remember the man with all the doughnuts?" 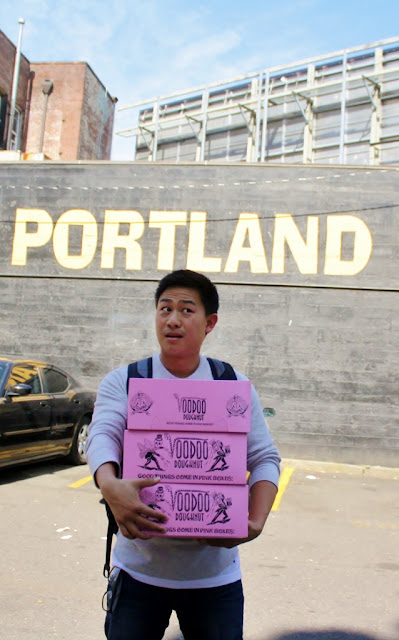 Sugar overload for real.  Until the next voodoo curse, let's all get S.O.F.A.T.