What we know as food trucks in Southern California they know as food carts in Oregon.  There is a reason or two for this nominal difference.  For one, the food trucks in Southern California truly are traveling motorized trucks.  While they can be expected to visit certain locations on a regular basis, sometimes they need to be tracked down using social media as they move from site to site.  On the other hand, the food carts in Portland are much more sedentary and rarely roll away.  They sit in these pods or clusters in organized in the sort of way that books are neatly filed away on a library shelf.  One such shelf of food carts is located on Southwest 5th Avenue called Food Cart Alley.  We came here to visit Brunch Box, one of the most renowned food carts in Portlandia. 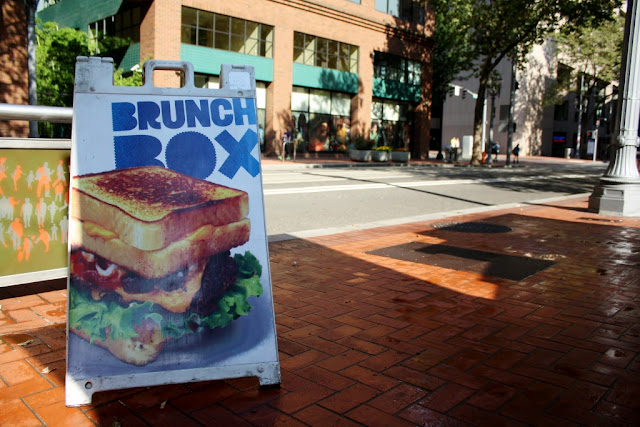 Brunch Box makes all sorts of breakfast and lunch sandwiches using burger buns, bagels, and Texas toast.  For those unfamiliar with Texas toast, it is extra thick slices of bread that is great for holding together sandwiches that are piled high quite possibly with ingredients that leak, drip, or run.  For those more familiar with Taiwanese toast, it is quite similar to brick toast except that it is used to hold a sandwich together.  To say that their menu has a wide array of hearty sandwiches is a complete understatement.  There is even a grilled cheese sandwich shaped into a dinosaur called the Cheezasaurus Rex.  Cheesy filled T-rex? Yes, please. 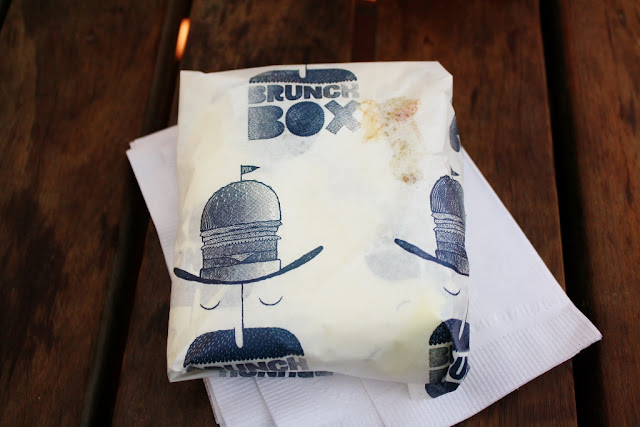 Of all the artery choking foods on the menu, though, what really caught my attention was the Hawaiian.  It had Spam, and lots of it.  I love Spam... and lots of it.  Along with grilled pineapple, cheese, a runny egg, and teriyaki sauce, the Hawaiian was quite a mouthful.  But it was delicious to the very last bite.  There were a few squirts of Sriracha somewhere in there too.  Good stuff. 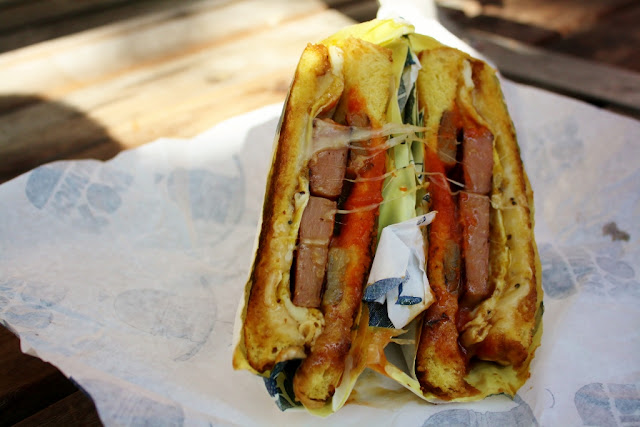 Moseying down south one block and east two blocks to Southwest Washington and SW 3rd Avenue is another pod of food carts.  Here we found Batavia, a food cart specializing in Indonesian cuisine.  We ordered a lunch box of the house special Indonesian fried chicken.  It was not the crispy battered fried chicken that we are accustomed to, but it was spiced up and flavorful.  The rice was a great accompaniment, and although it looked like there was a large amount of it, the spicy chicken flavor and sauce went a long way.  In fact, the chicken had so much kick that the fresh tomatoes and cucumbers really calmed the fire on my tongue down. 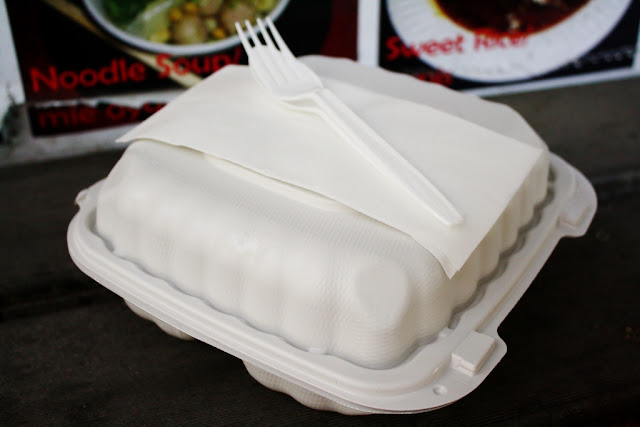 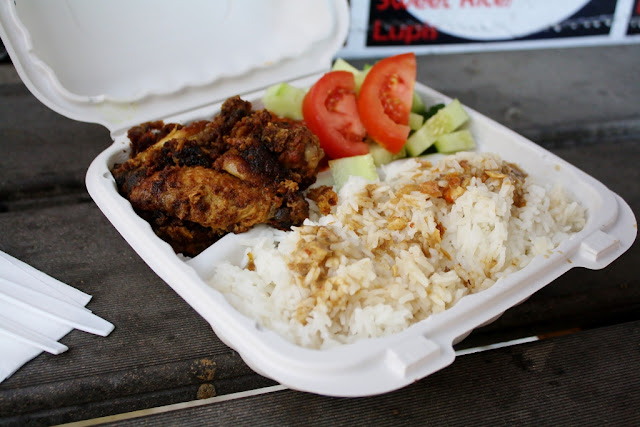 Also located in the same pod of food carts is Elmasry Egyptian Food.  We saw a good amount of the late night crowd stopping for a bite here in the wee hours of the morning after the bars close, so we hopped in line too.  We got a chicken shawarma that was absolutely huge in proportion.  The meat was tender and juicy enough that I picked at it toward the final bites of the pita wrapped sandwich.  Oh, and the sauce... the sauce is amazing. 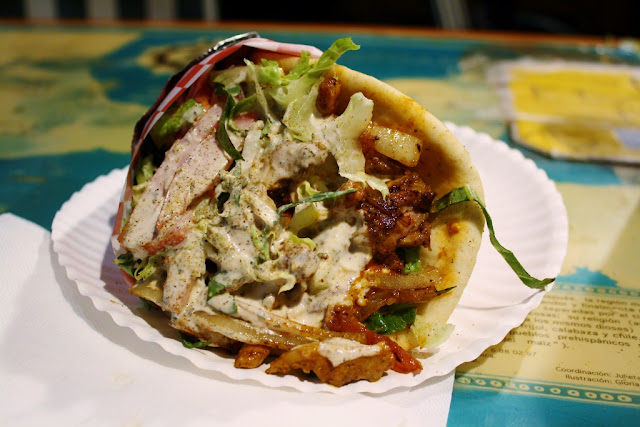 There seemed to be quite a few food stands specializing in Thai cuisine in the pods that we explored.  Nong's Khao Man Gai is supposedly one of the most popular carts in the Downtown area, but they were not open for business when we visited.  This will be in the plans for a return visit to Portland this June.  Until then, let's all get S.O.F.A.T.