While waiting for our breakfast board at Tasty N Sons, Angela and I wandered around the Hub Building where the restaurant is housed to explore and warm up our stomachs.  The Hub Building contains eateries, shops and even a small cooking school for those who might be inclined to learn about the dish they just ate.  Our first stop was Chop Charcuterie, a cozy butcher and sandwich shop located near the back door of Tasty N Sons. 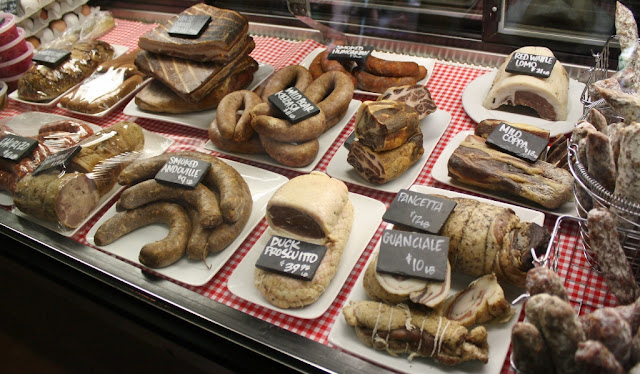 Chop Charcuterie offers a variety of various sausages, smoked meats and unique pates made from guinea hen and venison.  From a charming chorizo to peppery picante sausage there is sure to be a delicious deli meat suited to your palate. 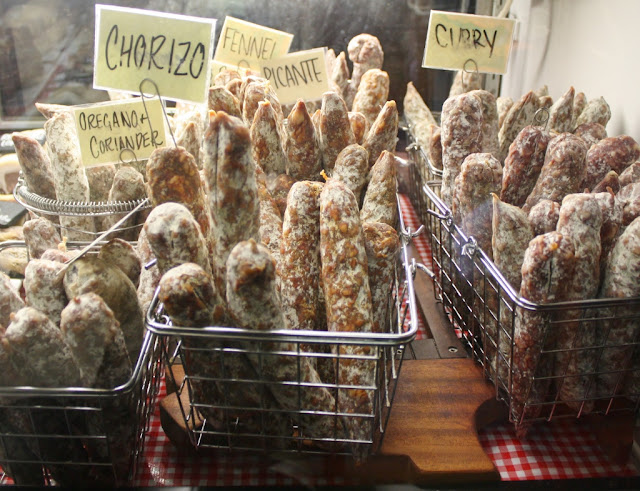 The shop makes sandwiches from the cuts of meat in the fridge case and even provides samples of the different meats to taste for those who are undecided.  We even noticed some dried pig snouts made for just for man's best friend too.

And even though I really wanted to take a pound of pate back to Southern California with me, sadly, there was a high risk of perishing at some point along the way.  I vowed to return. 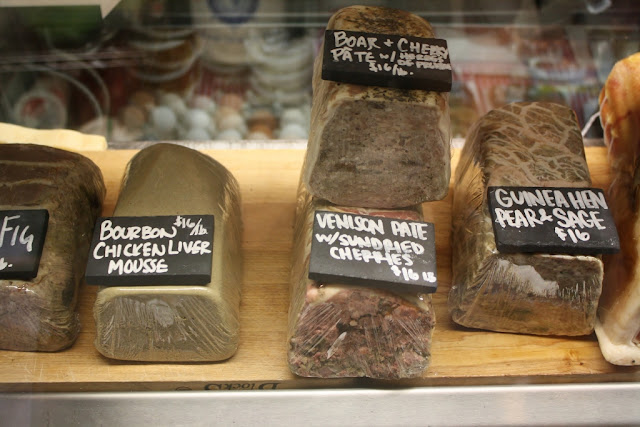 Continuing through the back of the Hub Building and around to the front we came across Eat: An Oyster Bar, which had just opened its doors for the early lunch crowd.  We were treated with extra attention up at the bar counter since no other customers had ventured into the restaurant yet. 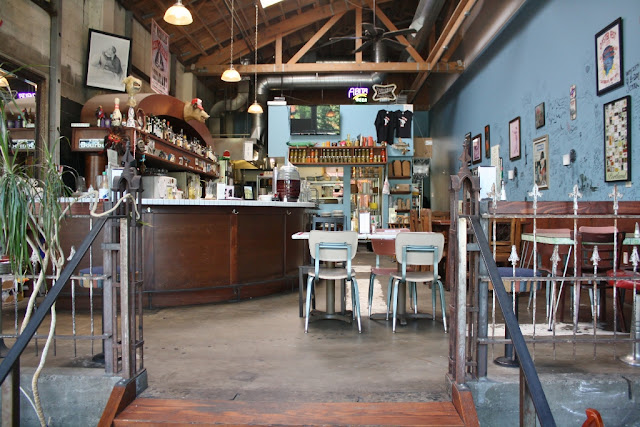 The daily oyster selection is posted on the chalkboard between the entrance and the bar.  There is a wide array of wine and beer on tap and contained within the old school refrigerators where the bartenders roam.  The environment is relaxed... chill, you could say. 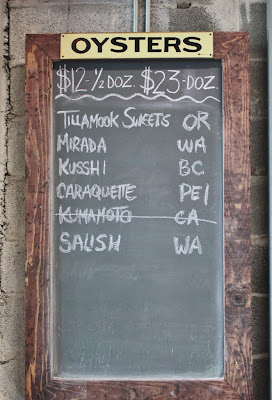 We ordered half a dozen from both the East Coast and the West Coast to taste the difference.  Supposedly, oysters grown on the Atlantic shore are more briny and saltier than the ones grown in Pacific waters.  I haven't quite been able to distinguish the flavors of the oysters just yet, but I do know that I love a good, plump and jiggly sea creature when it's fresh. 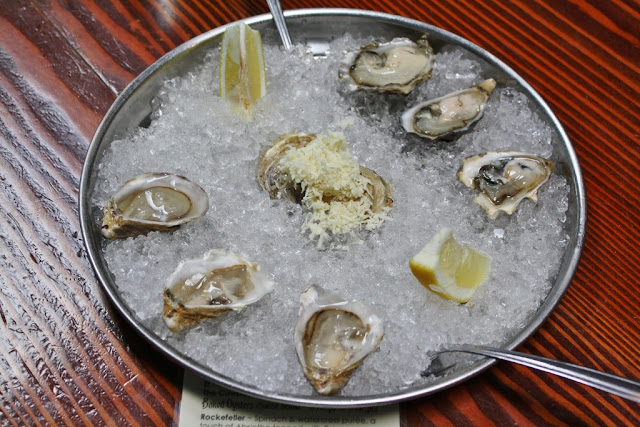 The shreds of horseradish is a really neat addition to the oyster platter at Eat.  It sets this place apart from all the other oysters bars that pair their bivalves with simple mignonette and cocktail sauce. 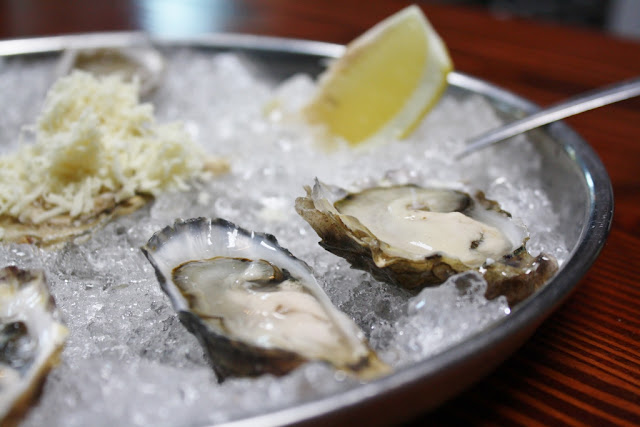 As soon as we slurped down our final oyster, Tasty N Sons called us over for breakfast.  What great timing.  Stay until for more eats across Williams Avenue at the newly opened Kenny & Zuke's.  Let's get S.O.F.A.T.