Last September I visited Portland for the first time.  My friend Angela and I took an early morning flight out from Long Beach headed to the mecca of modern and inventive hipster cuisine.  Right after touching down at PDX, we dropped our bags off at the hotel and hailed a cab straight for Tasty N Sons, a self-titled neighborhood restaurant that has made itself into a Portland institution. 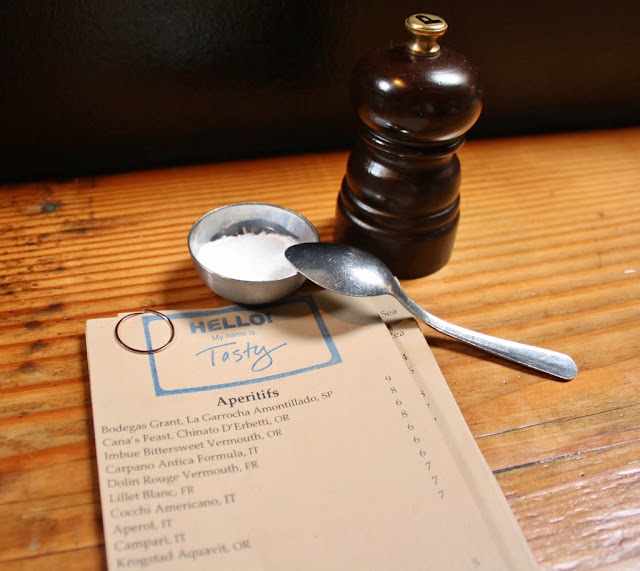 We settled down to a freshly squeezed grapefruit juice and a cup of local Stumptown brew, which was served with a very cheeky carafe of milk.  There's nothing like a good cup of acidic liquid to start your morning right. 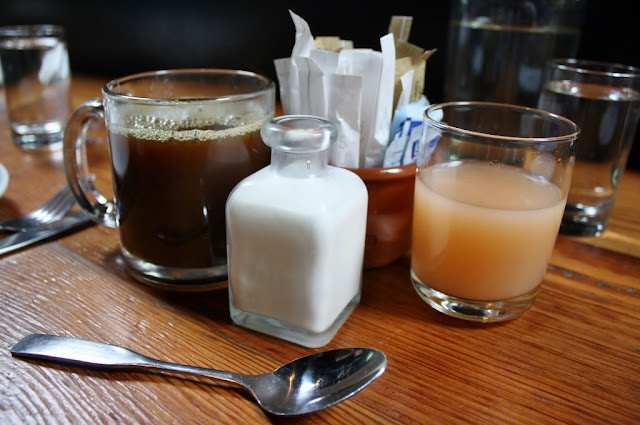 Under the advisement of our welcoming and friendly server, we ordered the renowned Breakfast Board, which arrived complete with various proteins, an assortment of breads, fresh blackberries and pickled beets, and even a duo of supple spreads that pulled the smorgasbord together.

The strips of house made beef jerky were more moist than expected, and the hard-boiled eggs were more tender than expected.  But the double smoked applewood bacon was delicious just as expected.  It is hard for me to remember another time when I had bacon as good as this.  With a crisp crostini of chicken liver mousse spread over the top, I was in absolute heaven.  The only thing that may have been better than the luxurious chicken liver mousse was the Lebneh, the creamy yogurt cheese drizzled with olive oil.  Whether it's spread over crostini or encircling the fresh blackberries, the opulent tasting dairy spread cannot be beat. 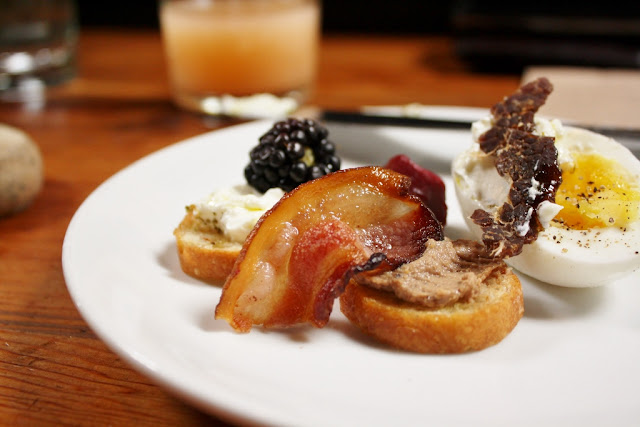 For some heartier fare, we ordered the BBQ Chicken Hash.  It was topped off with some onion sour cream and an over easy egg.  I immediately popped the runny yolk so that it ran down the sweet and savory shredded chicken.  Ah, isn't that the best part of every egg done over easy? 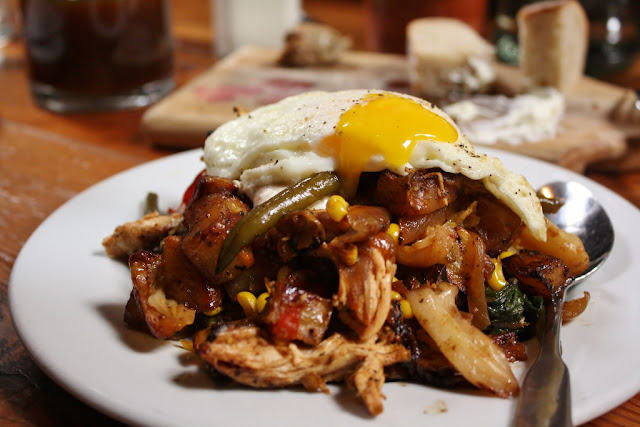 We saw all of this being prepared on the spot while seated at the bar counter.  The chickens were pulled out of the oven, cooled and shredded, and blended with the barbecue sauce by hand.  Heart and soul was being injected into our fresh food live in front of us.  Very cool. 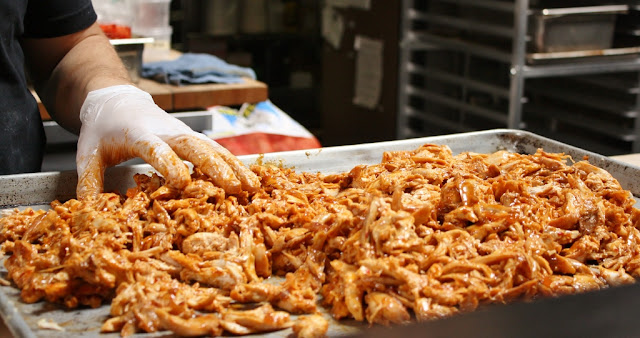 I was mesmerized by all the happenings of the open kitchen.  Everyone worked at a quick but steady pace without the frenzy and chaos of other kitchens I've seen.  No drama here... just genuine cooking.  It must have been the Portland air. 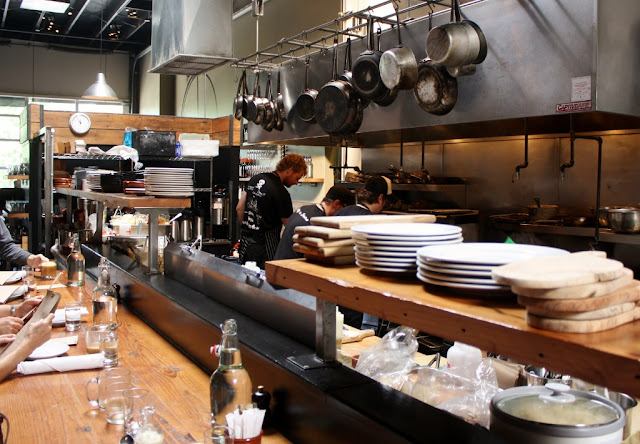 Our last taste at Tasty N Sons was the Chocolate Potato Doughnut with crème anglaise.  This was a must because it was prominently featured on the menu twice.  It was literally the first item on the menu, and it was on the desserts list as well. 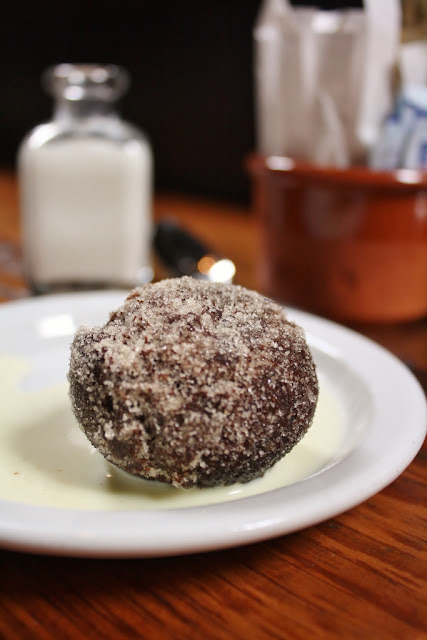 It was densely packed with chocolate, and although I love chocolate, the granulated sugar coating on the exterior of the decadent doughnut and the pool of crème anglaise really made the dessert what it was. 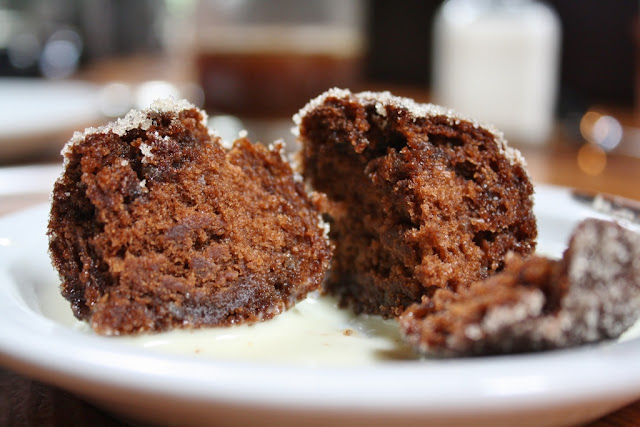 Our first meal at Tasty N Sons gave us a solid first impression that this supposedly quirky city has to offer.  And now, next door to Chop Charcuterie and Eat: An Oyster Bar for a little taste of what they have to offer.  Let's get S.O.F.A.T.