After finishing a pre-breakfast snack and then our actual breakfast at Tasty N Sons, we thought we should digest our food by walking around a little bit.  However, upon exiting the restaurant we noticed a Kenny & Zuke's across the street.  So we hopped across the street to check out their pastrami, which Angela had on her list of things to eat in Portland. 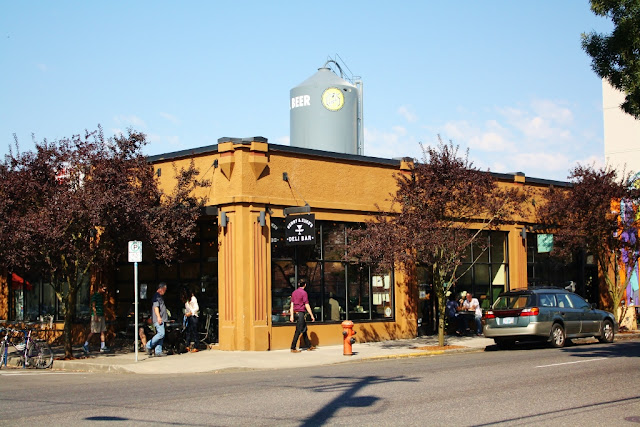 This K&Z location had opened just that week, and since it was still new, Kenny himself was on hand to help welcome customers.  He said hello to many of the guests and even dropped by to take a picture with me and Angela. 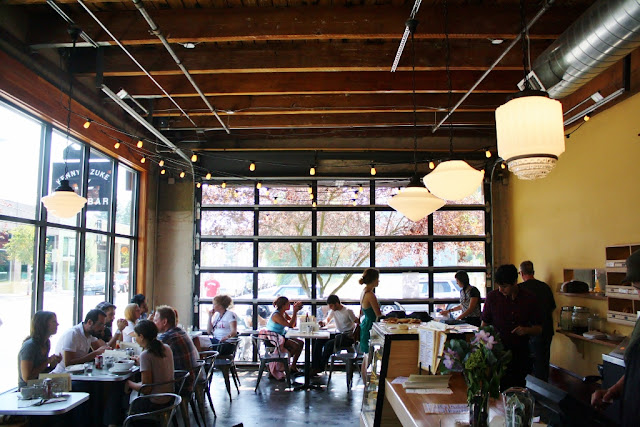 Back to the food.  Angela was dying to have some of their ever popular pastrami slider, sandwiched in between toasted rye and wedged in with melted Swiss, kraut and Russian dressing. 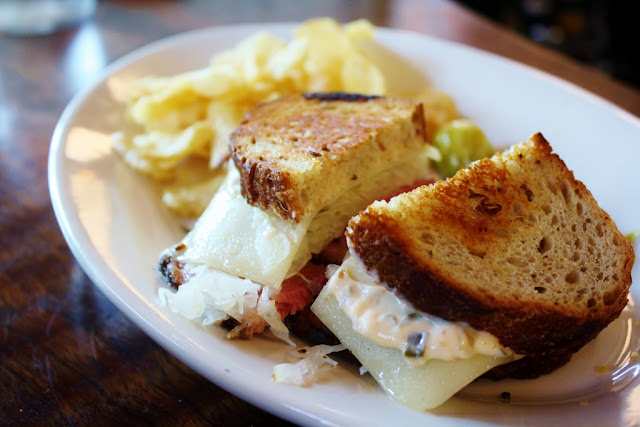 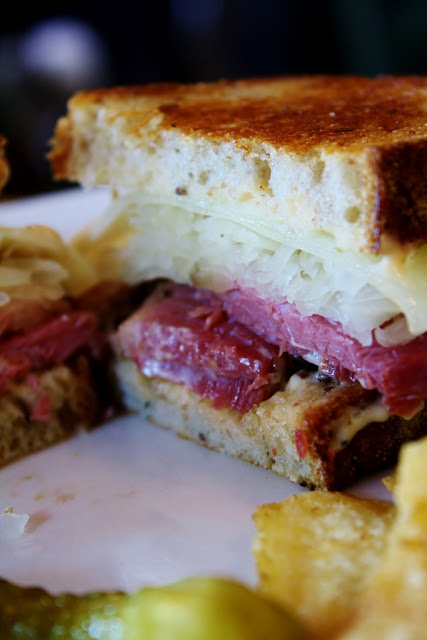 While Angela munched on the sandwich, I ate cookies.  Lots of lots of cookies.  And I brought more cookies back with me.  Cookies, unlike the meats from Chop Charcuterie, could be easily taken aboard the flight home.  Unfortunately, they did not make it back to LA.  Half of them did make it back to the hotel though.  My absolute favorite was the walnut lime cookie.  The gritty crushed walnut atop the circular wonder added a welcoming crunchy texture to the otherwise simplistic cookie.  The slight tart from the lime allowed me to continue chomping away when I was already full from eating so much. 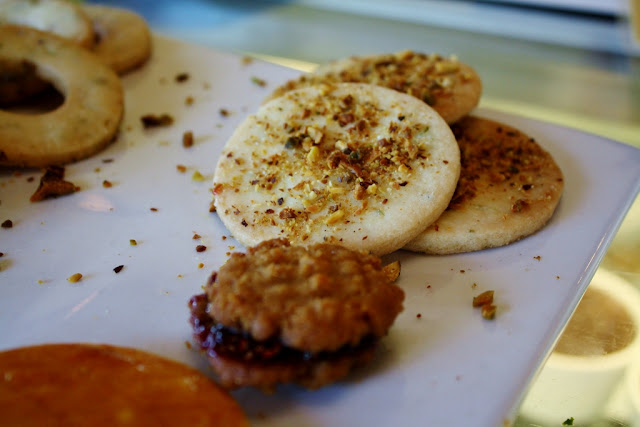 I also really liked the peanut butter cookie with strawberry jam.  It was a mini version of a childhood classic, complete with the raised ridges and sweet yet salty flavor.  I loved the jam that was sandwiched in between the two peanut butter discs.  Sweet, fresh, delicious.  Yum. 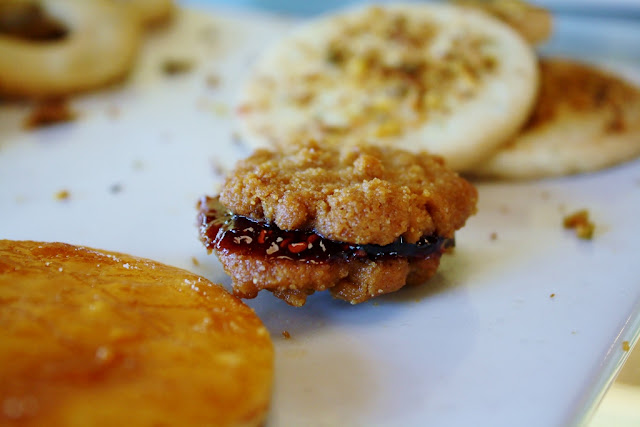 Other favorites were the pistachio ring and the caramel sablé.  The pistachio ring was fun to eat just because it reminded me of a doughnut but in cookie form.  I like doughnuts, but I would pick cookies over doughnuts any day. 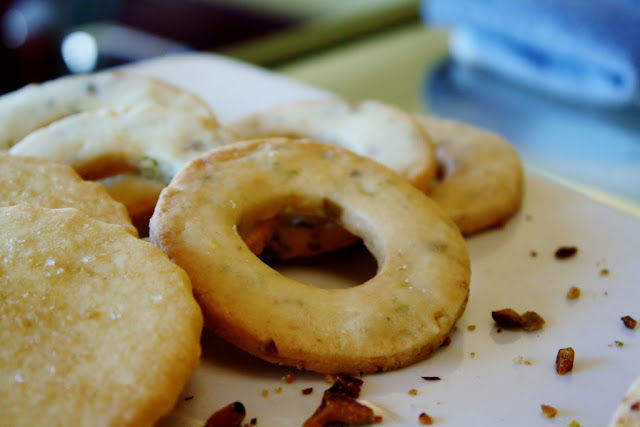 Sable, meaning sand in French, is an appropriate name for these cookies because they are crumbly and have an gleaming golden color.  These tasted almost like shortbread because the cookie almost melted in my mouth. 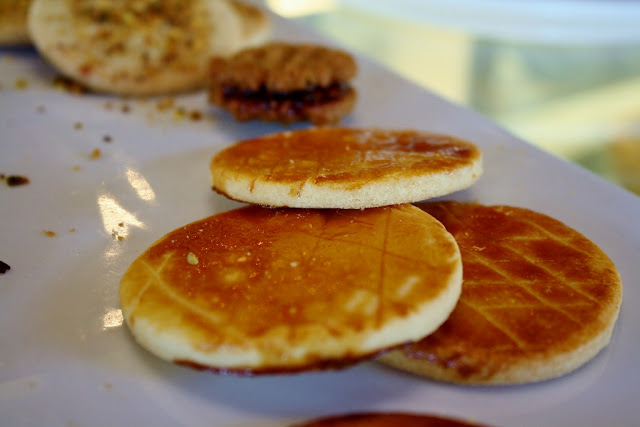 Although we only had a small slider and some cookies, everything was made to perfection.  I would return for more cookies for sure, but I would also come back for the half a dozen desserts, the beer selection and the wide variety of cocktails for happy hour.  But another time... because we just ate four meals in approximately four hours.  We were stuffed, and it was due time for a nap.  Oh man.  Until the next meal in Portland, let's all get S.O.F.A.T.