I finally made it to Pok Pok in Portland.  I have heard about this place from many, many friends for a long, long time.  Anyone who lives in Portland, has been to Portland, or is about to make a trip to Portland knows about this place.  Is this the best Thai restaurant in Portland? Possibly.  Is there even a large ethnic Thai population in Portland? Hardly.  So why have people have said that this is the most authentic, non-authentic Thai food they have ever eaten outside of Thailand? What the hell does that even mean? 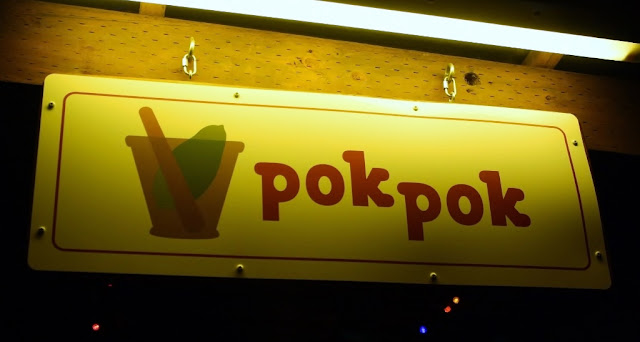 Well, the creator and head chef of Pok Pok is Andy Ricker, and he is a white man.  The common culinary conception is that a white man cannot make good Asian food.  But if that is the rule, then there are always exceptions to the rule.  Chef Andy Ricker is the exception.  He presents what he calls Northern Thai peasant food to the people of Portland (and now Brooklyn) with recipes and ideas that he picked up from his travels to the Land of a Thousand Smiles.  But let's not get it twisted.  No one comes here to eat pad thai.  It isn't even on the menu. 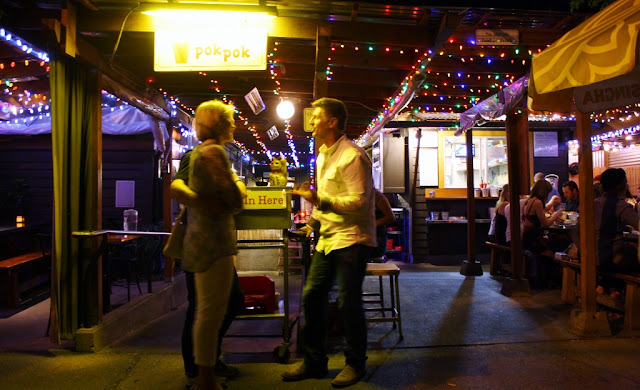 What the people of Portland come to eat on the patios of Pok Pok is pure and unpretentious peasant food.  It is the people's food... dishes that Northern Thai people make at home on a daily basis.  It is not the food that can be found at restaurants or at the typical street stall down some soi in Bangkok.  It is food like muu paa kham waan, a charcoal grilled boar collar dish.  It is rubbed down with garlic, coriander root, black pepper before cooking and glazed with sugar and soy.  Sliced and served with a sauce of spicy chili, lime, and garlic, it is considered a great pairing with alcohol.  With its fatty succulence and the fiery spice, it is definitely something that should be eaten with beer.  Rather, it is something that must be eaten. 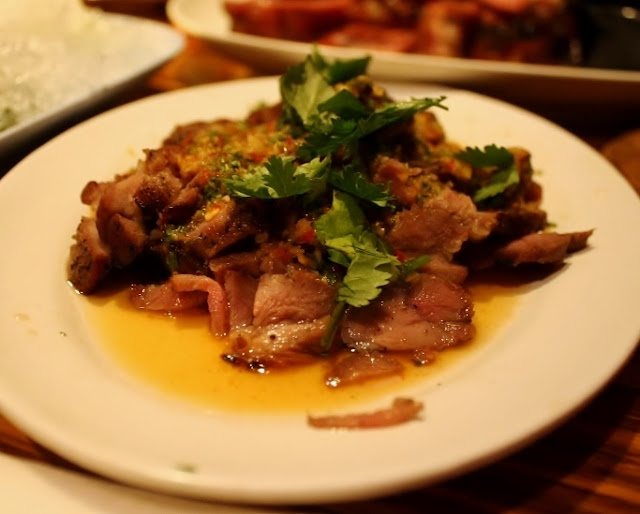 Ike's Vietnamese fish sauce wings are another must-eat on the Pok Pok menu.  It is not entirely Thai as it actually originates from the Vietnamese home of the restaurant's daytime cook, but it still has a bit of Thai flair with its spiciness.  It is marinated in fish sauce and sugar, deep fried, and then tossed in more fish sauce and minced garlic.  These glorious and spicy chicken wings go great with beer too.  We ordered one spicy and one traditional plate each. 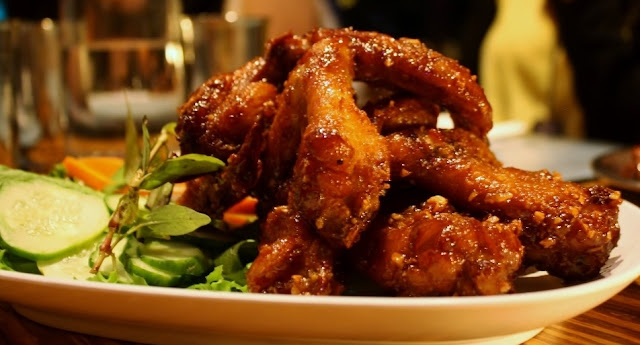 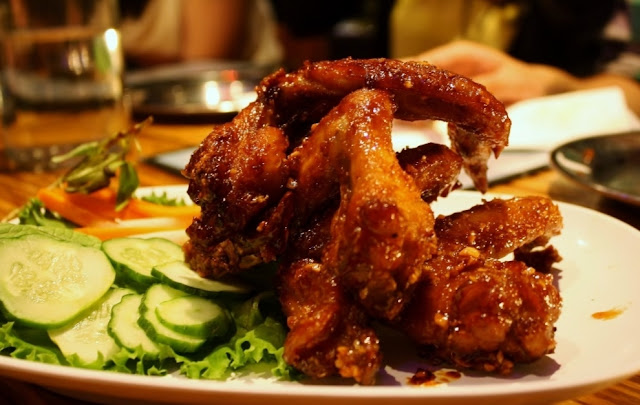 Other daily Northern Thai dishes include kaeng hung leh, a homey sweet pork belly and pork shoulder curry, khao soi, a curry noodle soup, and papaya pok pok, or what we commonly know as green papaya salad.  Since we were in a large group, we tried all of these dishes and more, and I know that I would be happy to eat these dishes at home... peasant or not.

Not knowing how these dishes actually taste in Northern Thailand, though, sparks my curiosity.  Perhaps it is time for a return visit to Thailand.  But for now there is much more food to be had in Portland... and a few drinks too.  Until next time, let's all get S.O.F.A.T.