While we waited for the most authentic, non-authentic Thai food at Pok Pok, our hostess recommended that we go across the street to Whiskey Soda Lounge, a relaxing bar of sorts that is also part of the Pok Pok restaurant family.  Whiskey Soda Lounge offers a wide variety of beverages.  There are plenty of international beers, particular from Asia.  The menu also includes Taiwan Beer, which I was very surprised to see at a modern whiskey lounge in Oregon of all places.  There are also drinking vinegars, which is just what it sounds like... a diluted form of vinegar consumed for its supposed health benefits. 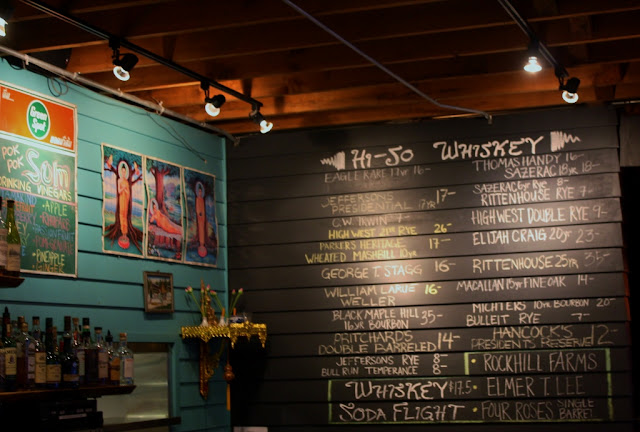 There are also whiskeys from around the world... from countries that are not typical whiskey producing countries such as America, Ireland, and Scotland.  I ordered the Khing & I.  It was made with Mekhong, known as a Thai whiskey, combined with lime and house made ginger syrup.  The ginger was not biting but was strong enough to inject a state of rejuvenation before dinner.  The lime cleansed my palate, and of course, the whiskey induced a euphoric sense of vacation. 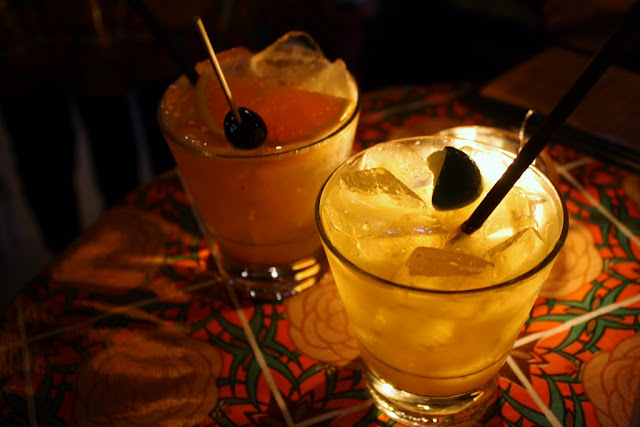 We also tried the Lord Bergamot among other cocktails, but before we knew it, it was time to cross the street again back to Pok Pok for dinner.  I liked that the menu includes a message telling its guests to be careful crossing the street.  From what I observed, though, Portland drivers seem to stop for all pedestrians and slow down around cyclists.  It must be the clean air and water here.