Have you ever eaten so much that you feel like you can't breathe anymore? After a morning of donuts, dim sum, and dumplings... the landfill that was my breakfast and lunch had piled so high in my stomach that I could have sworn that my esophagus was blocked, and the extra weight from all that food was pushing my lungs into my chest.  There was barely enough space left in my lungs to let any oxygen in, but there wasn't any power left in there to blow the carbon dioxide out either.  Even Albuterol would have been useless. 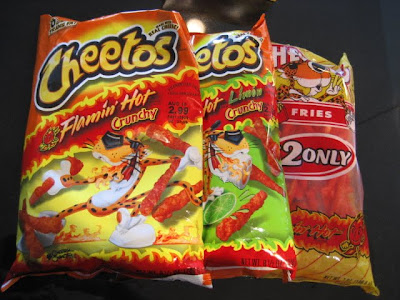 Hot Cheetos from the USA.
I brought these for Amanda; Canada doesn't sell Hot Cheetos!
And even after I found respite in Amanda's couch, I continued to munch on the uniquely Canadian chips that were found at Superstore.  Superstore (like Costco) carries President's Choice brand (like Kirkland Signature), and although it's just the basic of all basic brands, it was like culinary Gucci to me.  Canada is famous for having ketchup flavored chips, but they also have these flavors too: 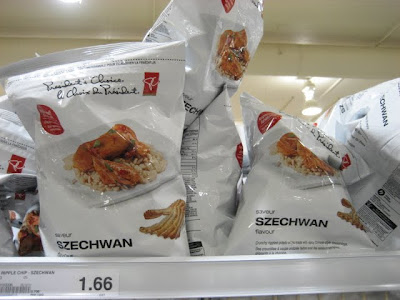 Szechwan (Sichuan) flavored chips.
Szechwan is famous for kung pao and the peppercorn that provides a numbing spiciness. 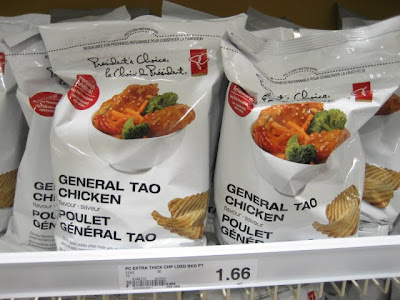 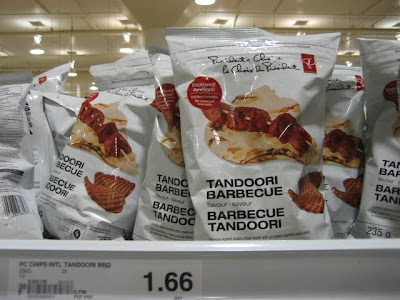 Indian tandoori barbecue flavor.
If the chips really were made from naan, that'd be pure genius.
Continuing to eat at that state of being was almost masochistic.  Okay, it was purely masochistic.  But the pungently putrid scent of the feta cheese beckoned me to continue eating chip after chip.  I was a fly... hypnotized by the smell of... well, you know.  And no matter how stinky it was... nom, nom, nom. 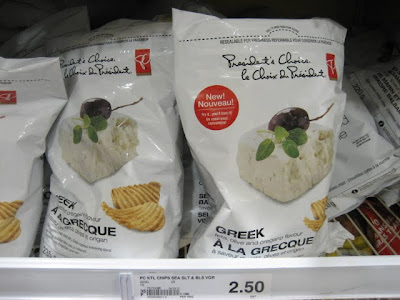 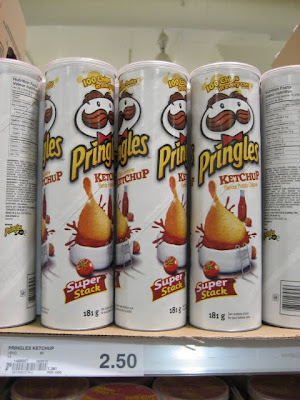 Ketchup flavored Pringles.
They confuse the tastebuds at first but get addicting later on. 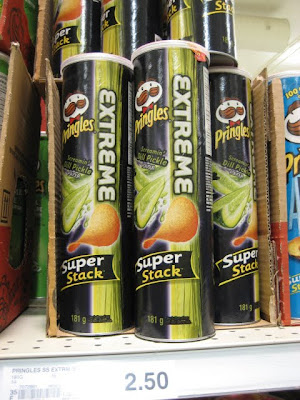 Dill pickle flavored Pringles.
Once you pop... you can definitely stop.
But no worries.  I would be quickly rescued by an intense calorie-burning activity... carrying Amanda's three-tier, strawberry mousse, chocolate cake... MADE. FROM. SCRATCH.  We were on our way to a Hawaiian-themed barbecue.  Amanda was dressed as a hula girl, and I... well, I carried the two-ton cake, so I was Superman. 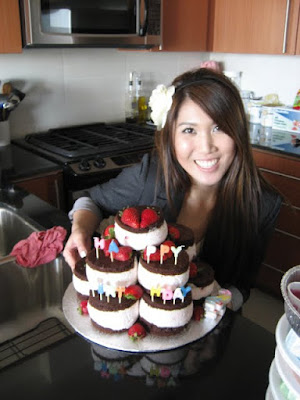 All smiles.
The master baker presents her jaw-dropping product.
I have no clue why those mini cakes were so damn heavy because the strawberry mousse was light and fluffy as hell.  Holy bujeezus.  Amanda, have you ever thought about opening your own bakery? What are you doing working at VCC?! 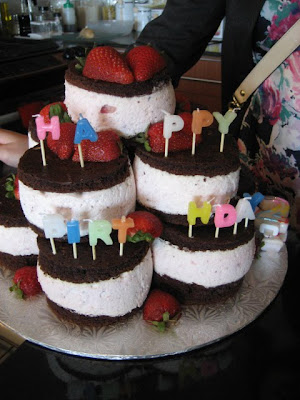 A stack of strawberry mousse.
Three tiers of heavenly fluffy mousse... like clouds on your tongue.
And, of course, the barbecue was really a party, so Amanda made jello shots.  Of all the colors from a box of crayons.  Festive! And slightly dangerous. 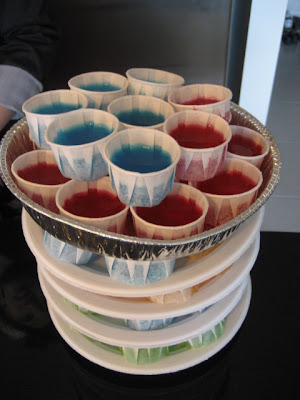 Five floors of festive fun.  The pagoda of Jello shots.
No more eating for me.  Okay, maybe just a little bit...

Next post: A Day of Japanese Meals
Posted by S.O.F.A.T. (Stories of Food and Travel) Blog at 1:54 PM