While my aunt may reminisce her youth over a bowl of stewed pork rice, I get flashbacks of my childhood over a meal of rice porridge and giant beef potstickers.  For whatever reason, whether it was convenient location or affordable prices, my parents always took me to eat rice porridge and giant beef potstickers after a doctor or dentist appointment.  They probably believed that a blazing hot bowl of gruel would soothe the pain from an immunization shot or calm me down after a tough tooth pulling.  In retrospect, the logic doesn't quite work out, but I turned out fine... I think.  After running errands, my aunt and I stopped at Zhuji(朱記餡餅粥店) in the basement food court of Shin Kong Mitsukoshi Department Store where I got my comforting meal of porridge and potstickers. 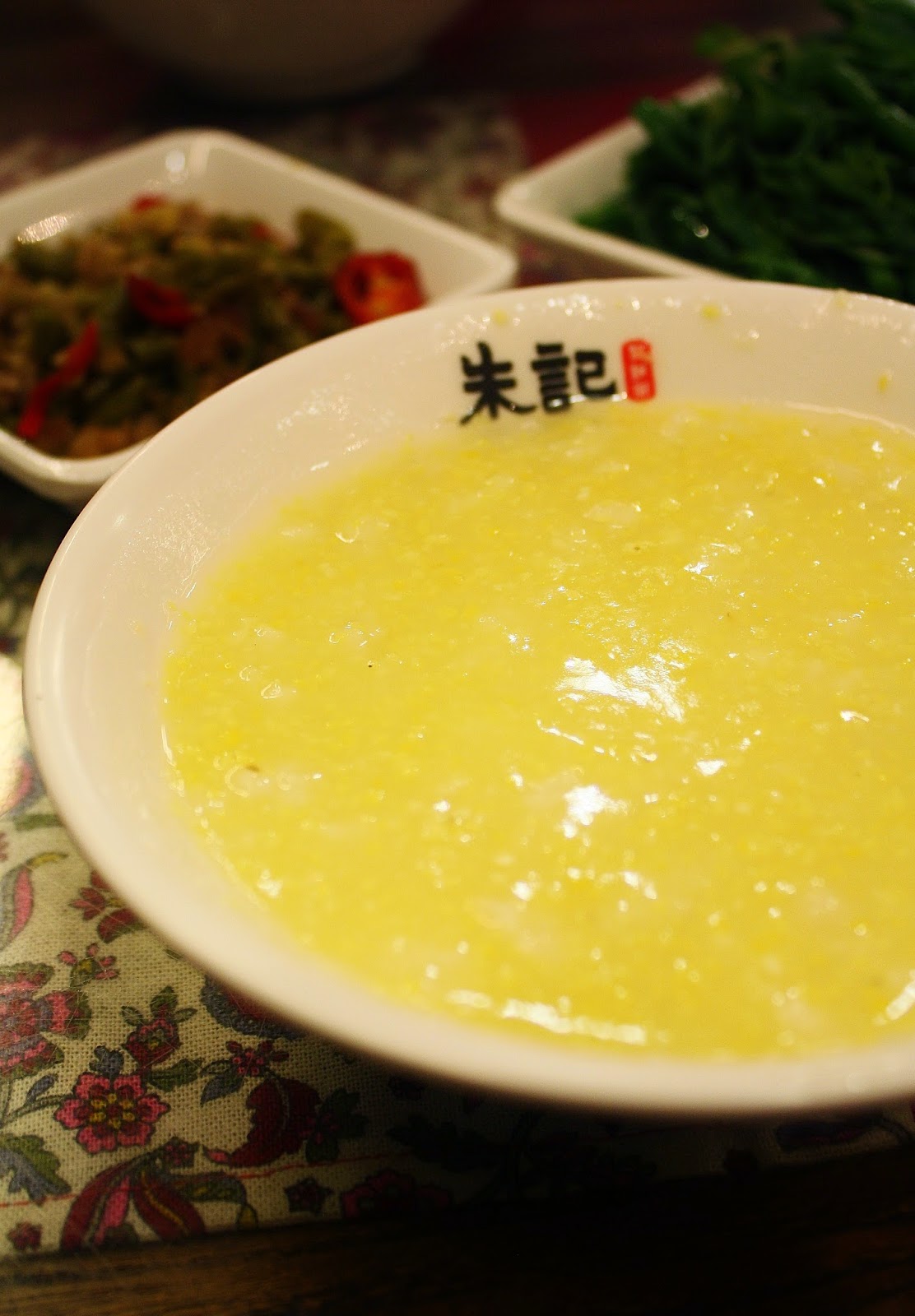 To be honest, this gritty millet rice porridge (小米粥) is not appetizing at all.  It does not have much flavor, and it even has an off putting yellow tinge.  But it is homey and warming, and it just needs to be paired with some patty-shaped potstickers to prevent it from being called poor man's food. 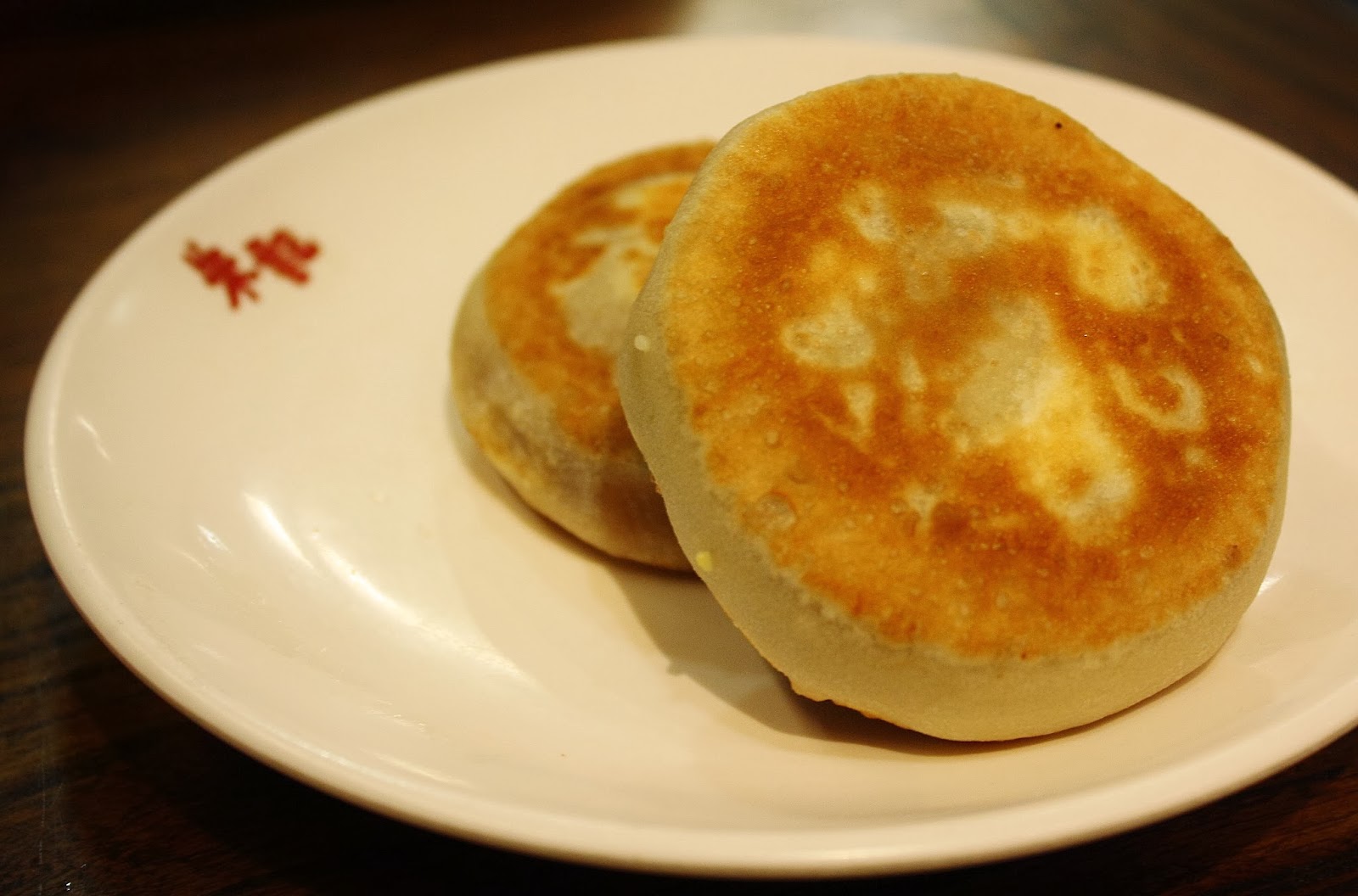 By the way, these things... these round patty things... they aren't really potstickers.  But how do I translate xian bing (餡餅) into English? Meat pie? Chinese empanada? Grilled Taiwanese beef patty? Giant round potsticker? Filled flatbread? All of the aforementioned touch upon the definition just a tad, but none of the above are exact.  My dad said to a co-worker once that they were our version of a burger, but that's not right since the Taiwanese actually have a variation on the American hamburger.  Let's just say it's a blend of sorts. 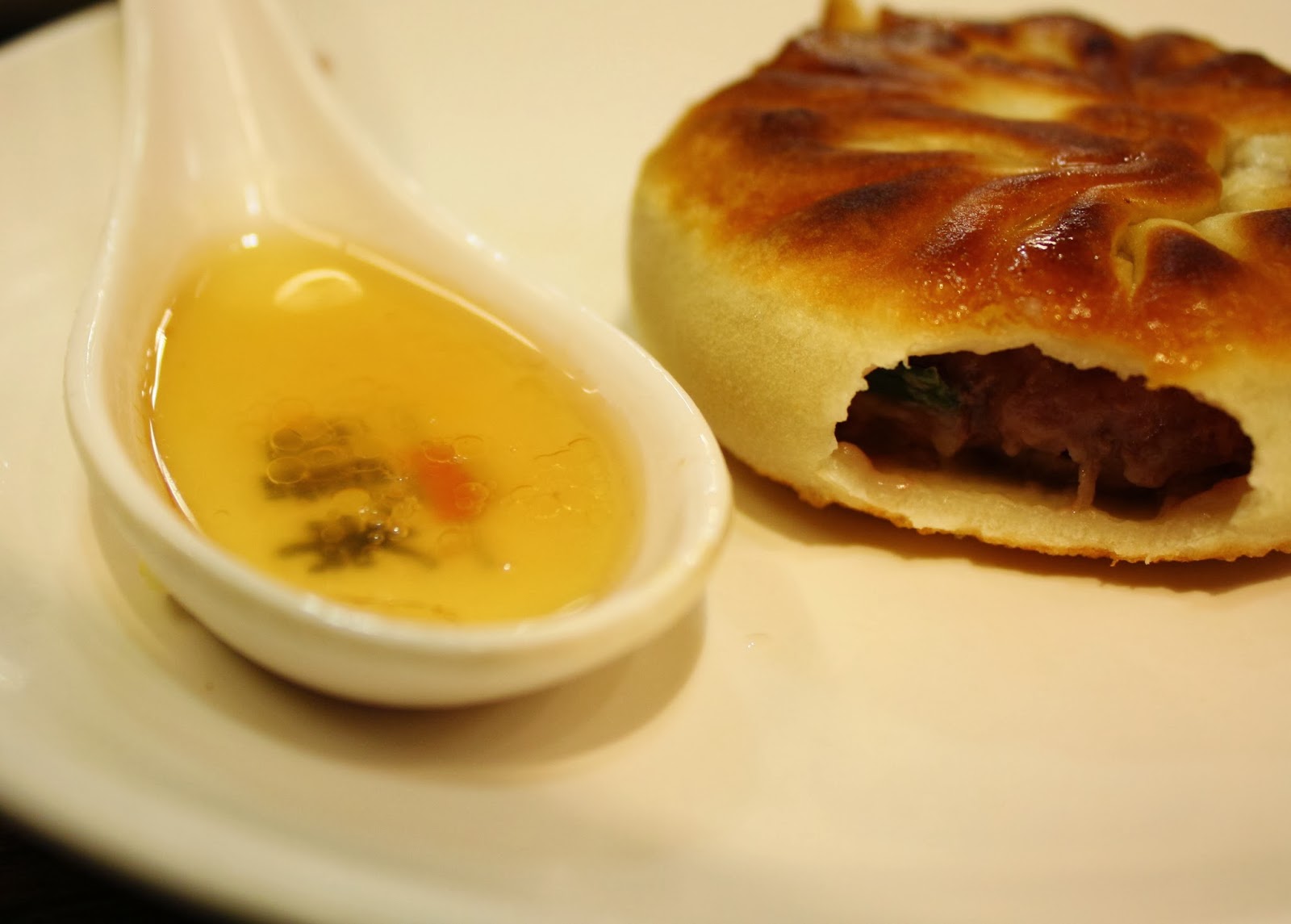 The most important thing to note, though, is not the English name of this thing but that this thing has a good portion of beef juice and meat oil inside that can be tastefully slurped up by the spoonful or purposefully poured into the jaundice colored millet gruel for added flavor.  I have done the latter ever since I can remember.  In fact, I would make everyone at the table relinquish their beef juice to me so that I could incorporate the meaty extract into my porridge.  What a brat I was... a culinary genius of a little brat. 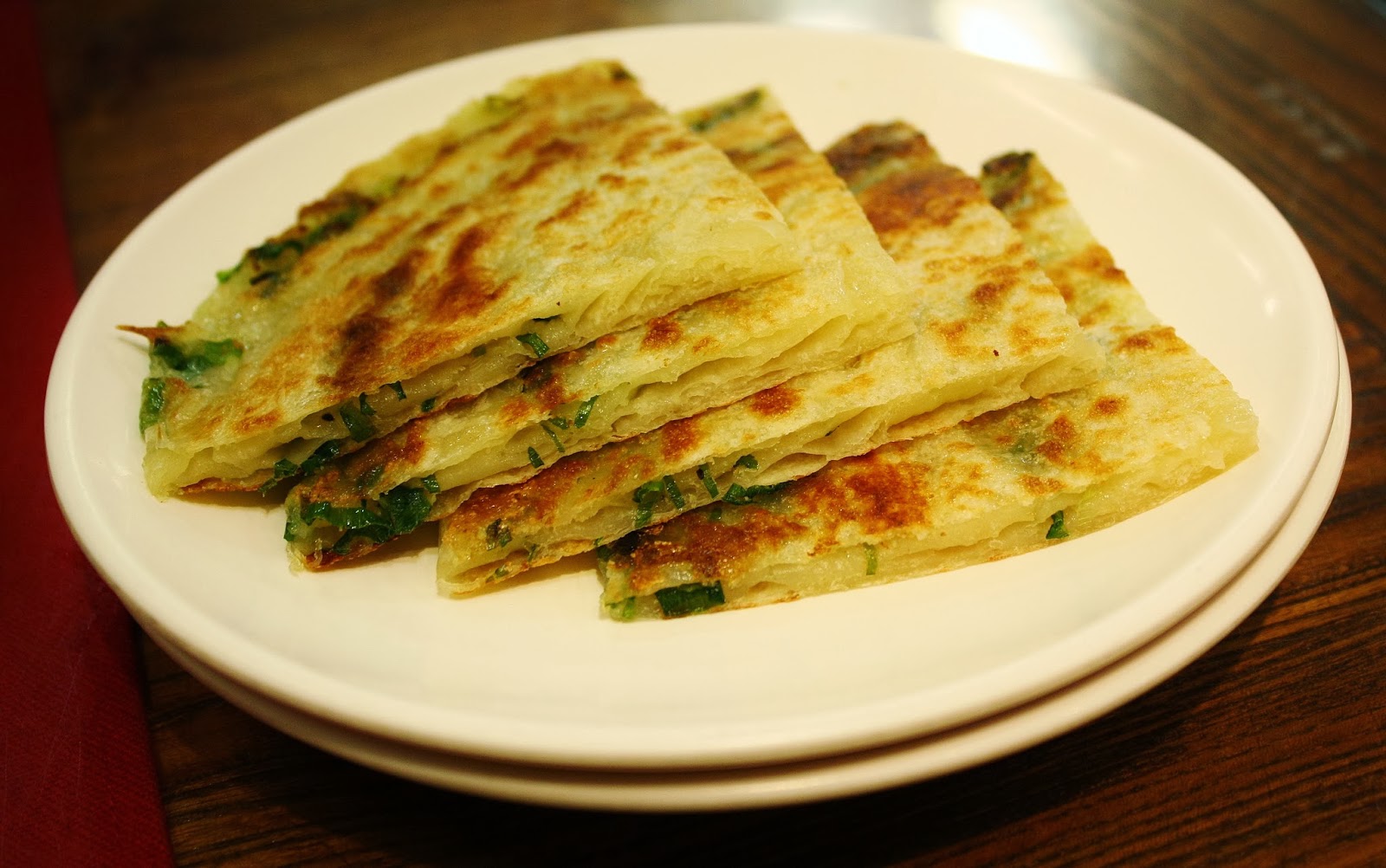 Another one of my favorite foods that spawned some fond memories are scallion pancakes (蔥油餅).  What used to be simply a snack item in China has become so much more when it came to Taiwan with Chinese migrants.  It is now an accompaniment to dishes at noodle houses much like the bread that is inevitably served with Italian pastas.  What was once something that quelled hunger has become a comforting staple in a meal that frequently over stuffs the eater to a level of discomfort... how ironic.

The scallion pancakes that spark the most nostalgia are arguably the ones with the most layers.  In the struggle of pulling apart the layers, the warmth and heat of the flatbread itself remedies whatever struggle the eater had prior to sitting down at the table.  For me, it was the dreaded shot in the tender regions by the nurse or the absolute fear of foreign metal objects that the dentist used to inspect my teeth.  Thank goodness for scallion pancakes.  Until next time, let's all get S.O.F.A.T.

What food or dish sparks memories of your childhood?