After a night of much eating and drinking, I continued the next day with more of the same.  Grace's dad took us out to some of his favorite spots around Taipei, and we started off at Chou's Noodles (周記切仔麵), an unassuming local hole-in-the-wall that serves up delicately prepared small plates and comforting noodle soups. 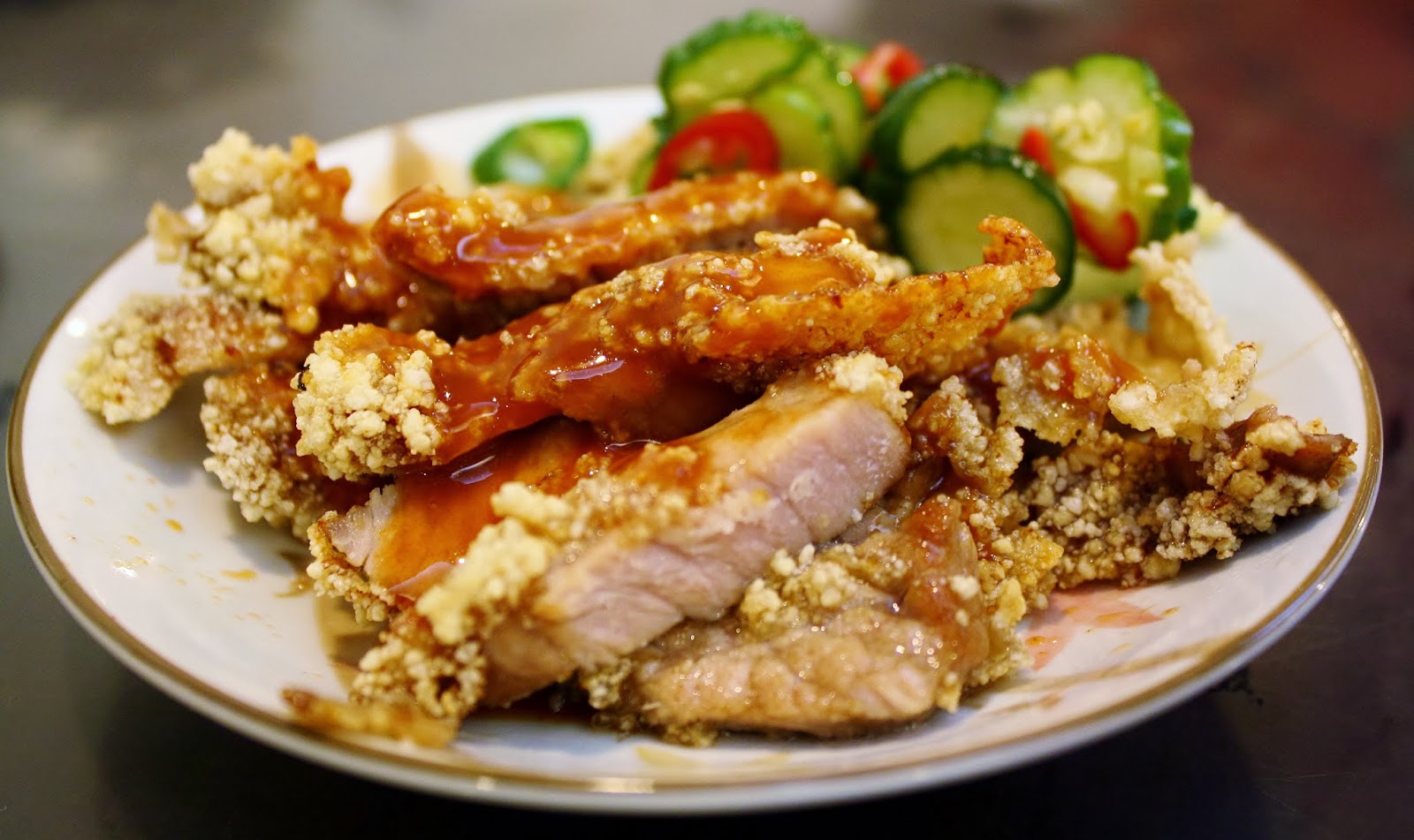 The first dish absolutely blew my mind.  We ordered an absolutely crisp and tender pork chop (排骨酥 / Mandarin: paí gǔ su), sliced up into strips and doused with garlic chili sauce and served with tangy pickles.  The crust on the exterior of the chop was crunchier than any fried chicken batter I've ever had.  Absolute yum. 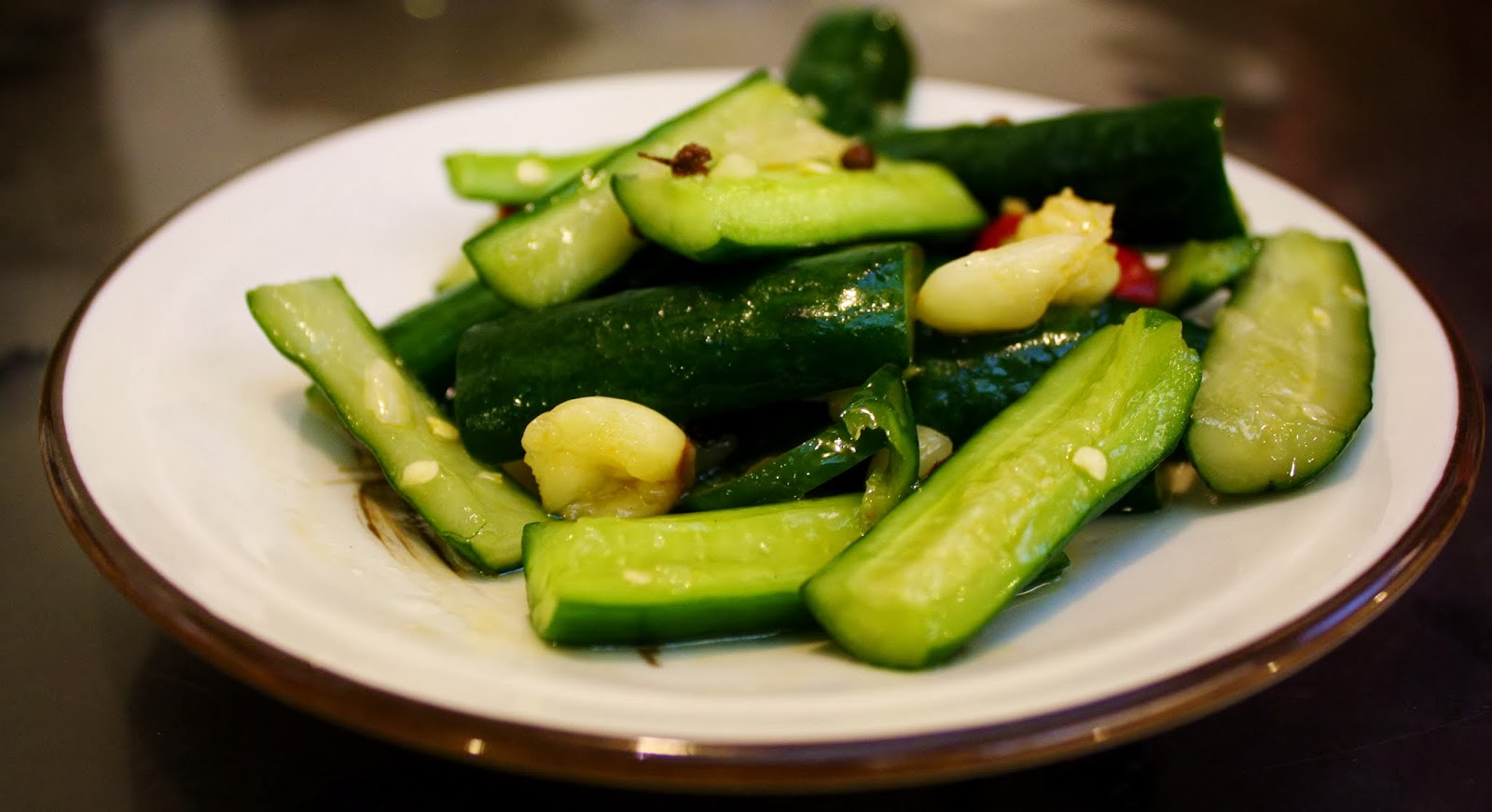 The chilled, marinated cucumbers (涼拌黃瓜 / Mandarin: liáng bàn huáng gua) were spot on as well.  Blended with raw garlic, peppercorns, and red chili, the sweet and sour pickles snapped with every bite.  By the way, it was blistering hot outside... I'm talking 90 degrees with near 90 percent humidity.  These cool cucumbers were a good choice. 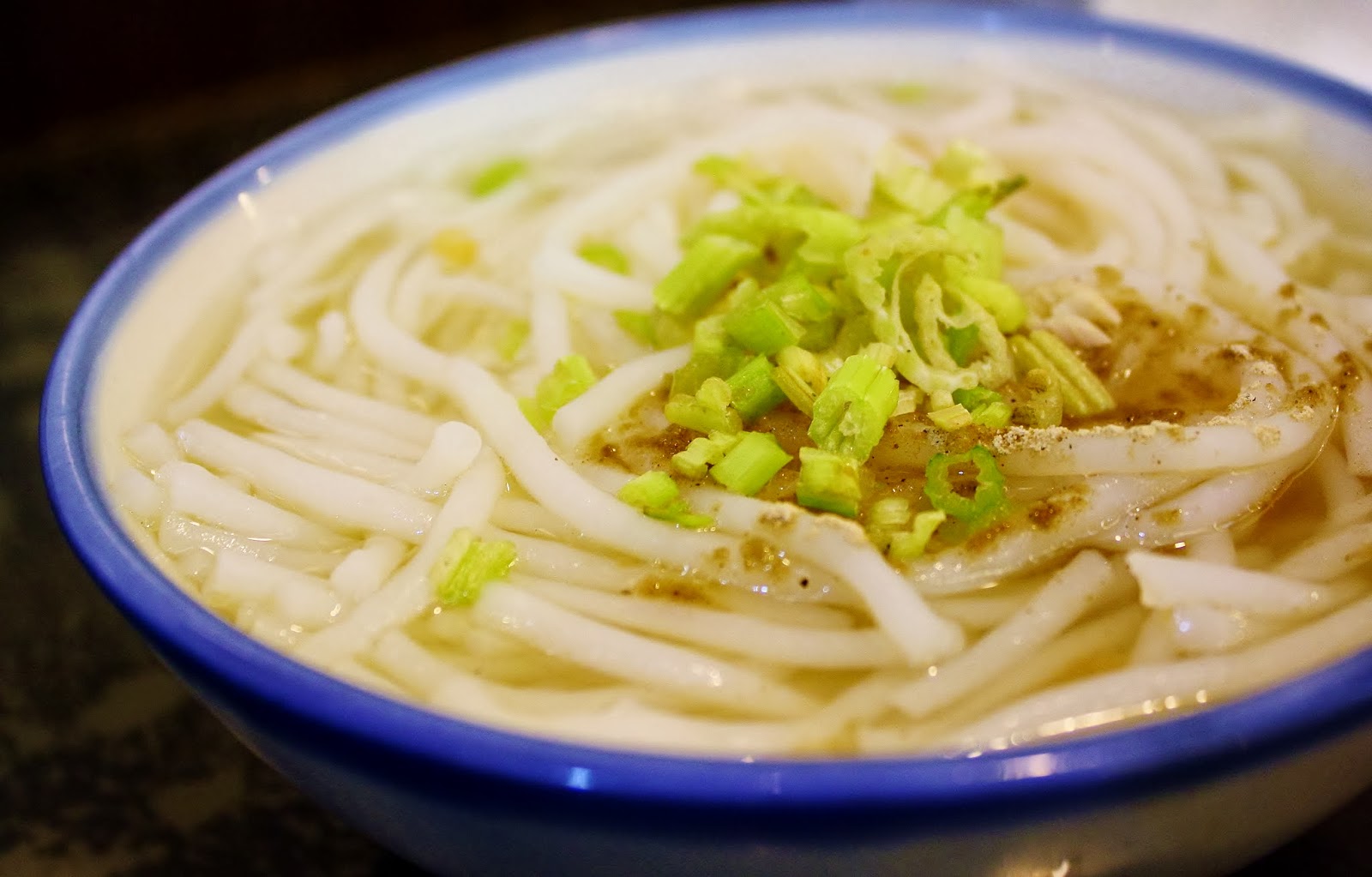 Mr. Liou suggested that we order the rice noodle soup (米粉湯 / Taiwanese: bi hun thng, Mandarin: mí fěn tang) to go with our small plates.  It's a simple bowl of rice noodles and savory broth topped with crunchy green Chinese celery and lots of ground white pepper for some heat.  The smooth texture of the noodles were a perfect background for all of our other crispy and crunchy small bites. 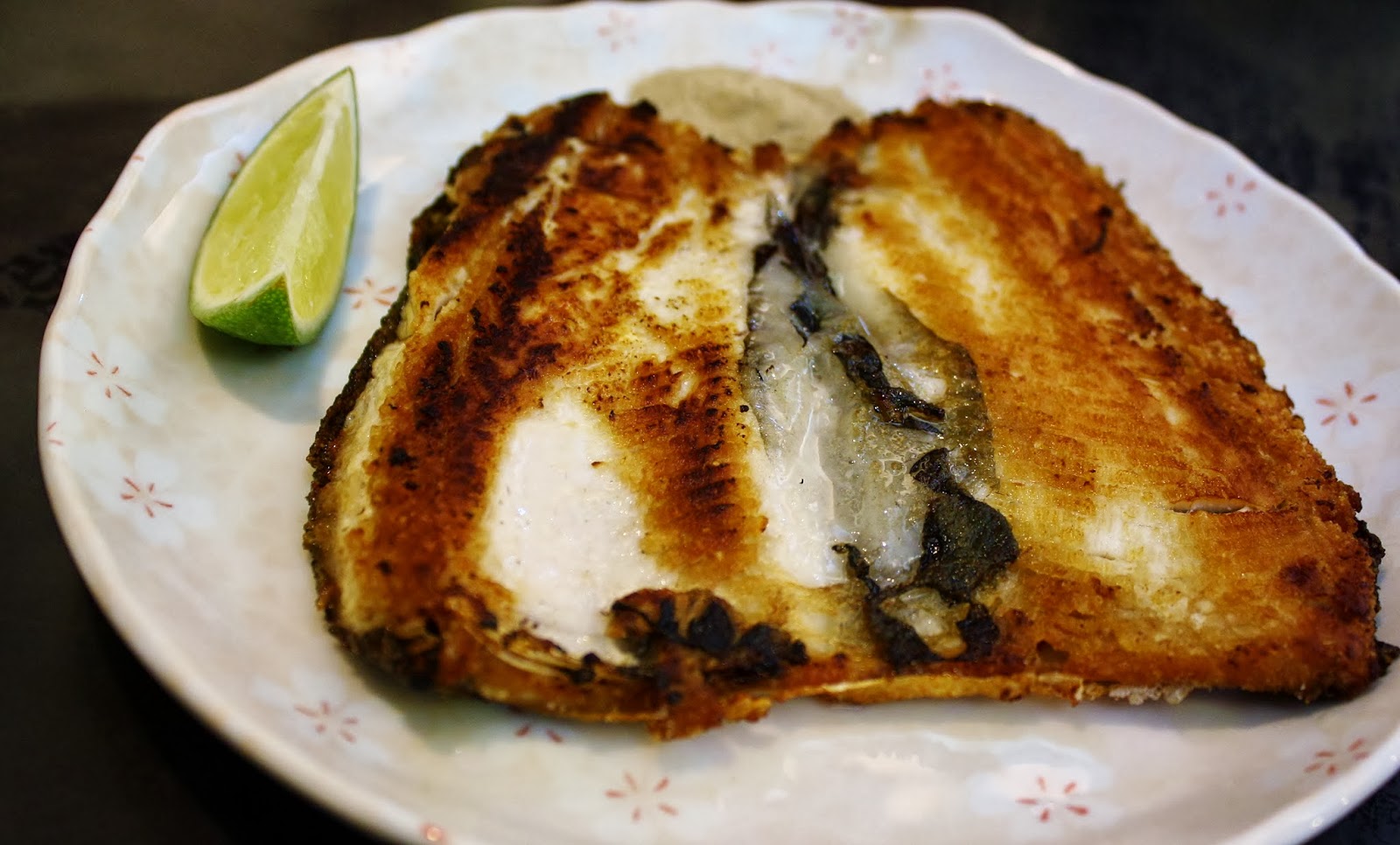 One of the dishes I really enjoyed was the filleted grilled milkfish (煎虱目魚 / Mandarin: jian shi mù yú), particularly because of the crispy skin and the slightly burned edges.  The best part of the filet, though, was the fatty area in the center where the main bone would have been.  A squeeze of lime with a sprinkle of salt and pepper make a bite of the fish and its fat comprehensively mouthwatering. 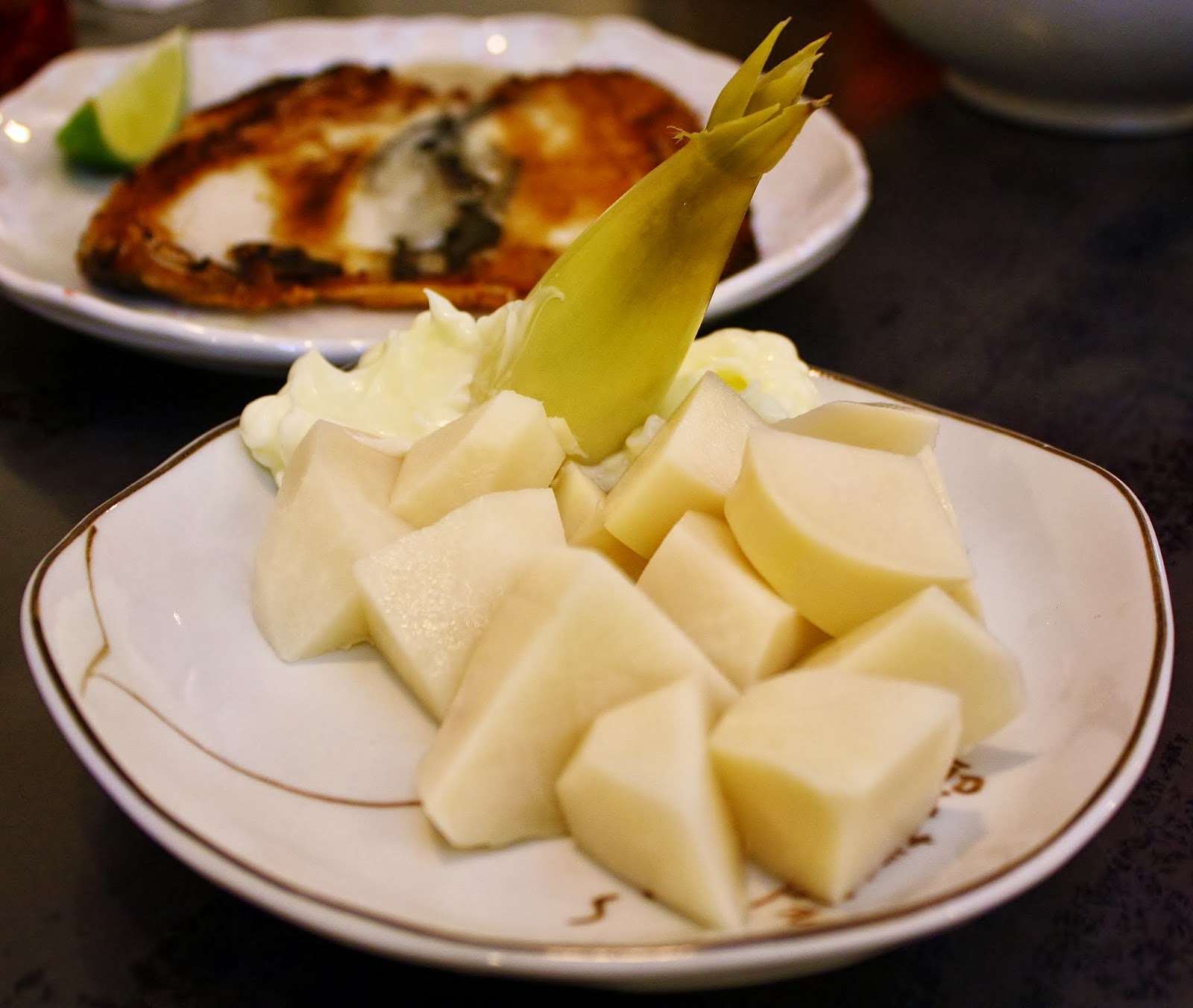 Other than the cucumbers, the freshly cut chilled bamboo shoots (竹筍 / Mandarin: zhú sǔn) can also help cool off from the hot summer heat.  The white vegetable against the white plate with a side of white sauce is not much to look at, but this is an item that always surprises first time eaters.  The almost effervescent sweetness lingers after the first taste, and each bite thereafter could convince you that this is the reason we should protect Mother Nature.  It's that good.

Although I was getting filled up with the array of dishes that Mr. Liou ordered, it was only a small taste of what was to come for the rest of the day.  Until our next stop, let's all get S.O.F.A.T.