After a fun filled afternoon of teaching Taiwanese school children how to play American games like Big Booty, Diana and I needed to cap our day off with a few drinks.  It's so tough to deal with little kids, you know? We met up with a group of friends from home at Fourplay, a cocktail lounge that serves up the most inventive and innovative of liquored beverages in Taipei. 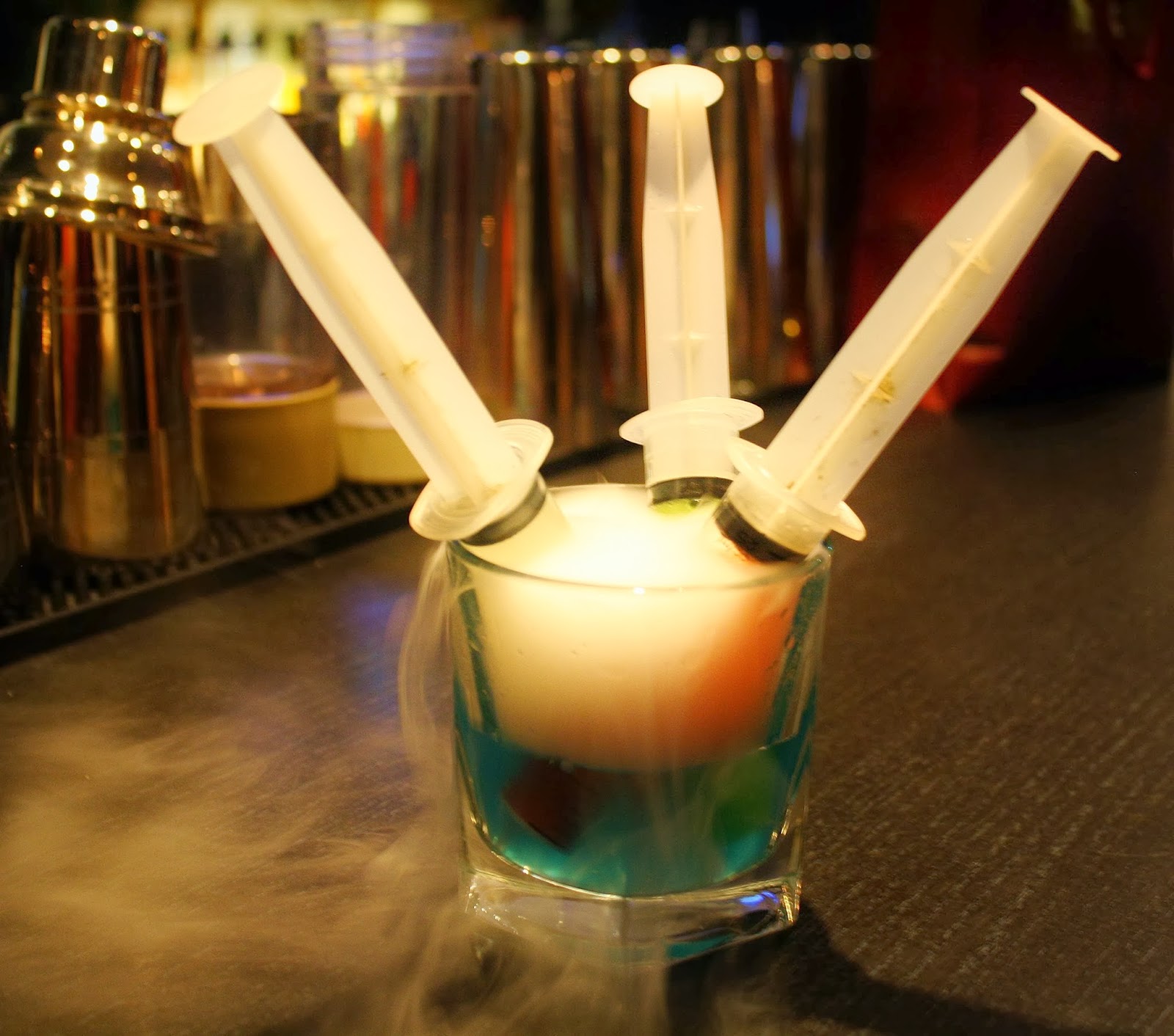 Lo and behold, the... heroin, just one in the series of drug inspired drinks that the lounge conjures up.  Fourplay doesn't actually have any menus, so it's tough to remember some of the names of the craft cocktails here.  This is the one that Diana and I remember as "the crazy drink," you know, "the one that looks like an Adios at the bottom," you know, "the one with the dry ice?" Oh yes, that one... the "syringe drink."  You might as well call this the zài jiàn wáng ba dàn (Adios Motherfucker roughly translated into Mandarin) because you will definitely be saying bye bye after polishing off all three syringes and the supposed Absinthe-based Adios concoction on the bottom of the glass.  Oh, did I mention... this is a cocktail made for an individual? A four part drink for one... that's the kind of foreplay that foreshadows our night in Taipei.  Overkill? For sure. 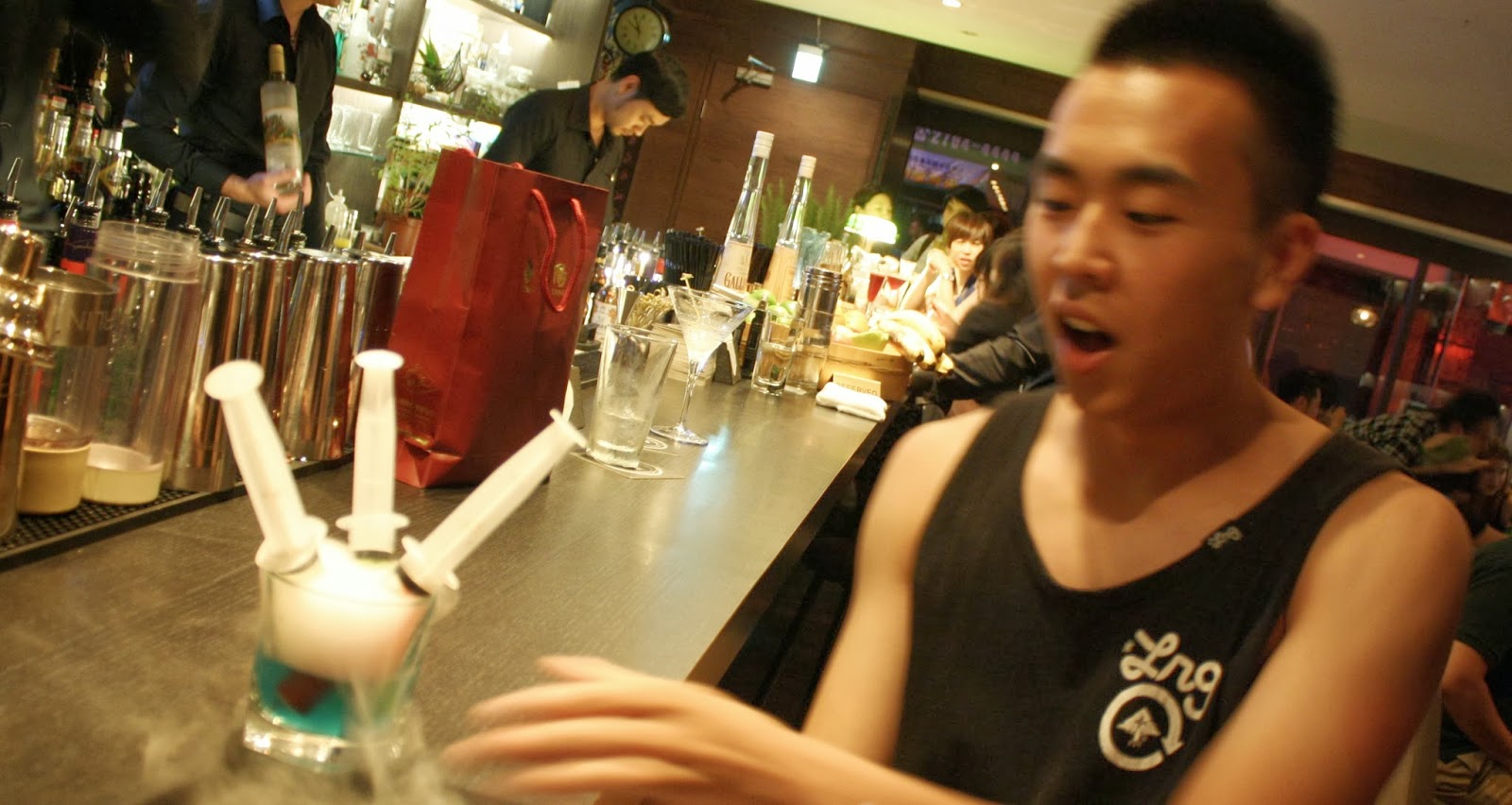 The expression on Art's face as he takes what Christine and Diana dub as the "rite of passage" for all our American friends in Taipei is priceless.  Art is not a particularly dramatic guy, so just imagine my face when the "syringe drink" was placed in front of us.  And Jordan's face.  And Valerie's face.  Like, whoa.  Then imagine my reaction when it was explained that this cocktail was meant to be taken in a continuous sequence... one syringe after the next and chasing it all with the turquoise colored liquid at the bottom. Well, that's one way to start off the night, isn't it?

For some more experiences with Fourplay, see the post by Taipei543 here and the post by Sugared & Spiced here.