Oyster vermicelli (蚵仔麵線 / Taiwanese: ô-ah mi sua) is one of those quintessentially local Taiwanese dishes that no part of China, other region of Asia, or nation in the world can claim as theirs.  In fact, this is one of those rare dishes that is still ordered by its traditional name in Taiwanese rather than Mandarin.  Mr. Liou took us to a corner shop aptly named Nostalgic (懷念麻辣蚵仔麵線) that serves the traditional oyster vermicelli of Taiwan's olden days as well as the modern spin on it with a mala numbing spiciness. 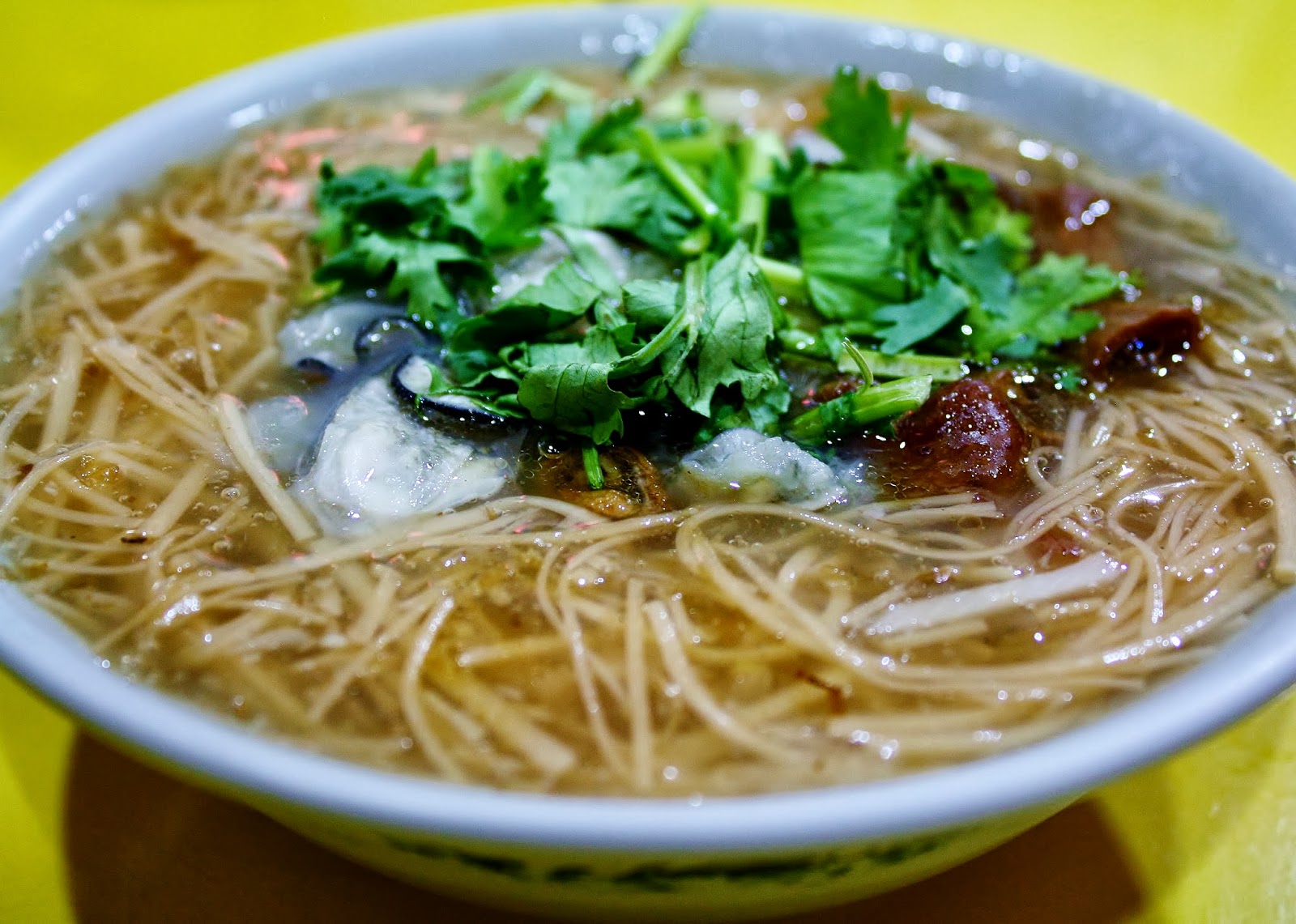 We all went with the original version, the most authentic variation of this dish.  Thin rice noodles swirl around in the thick chowder like soup.  Bits of soft, stewed intestine swim around amongst the weaves of noodle, and fresh, mini oysters are slid into the piping hot bowl at the final minute right before the forest of cilantro garnishes the top.  Additional condiments such as minced garlic in soy sauce and red chili paste are added as desired.  This bowl, by the way, is served with just a plastic soup spoon... no chopsticks included.  Needless to say, a lot of slurping ensued.