Not that I didn't already have enough breakfast at Pearl Bakery, but on the way out I couldn't stop myself from swinging by Blue Star Donuts for just one doughnut... just one. 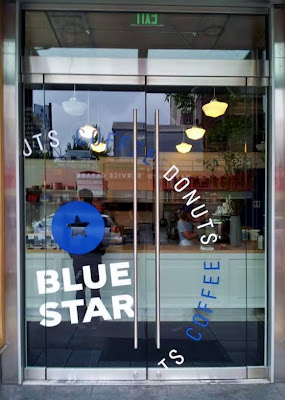 On top of the almost obligatory maple and bacon hipster doughnut, Blue Star has some creative flavor combinations.  Have a craving for PB&J? Well, there's a doughnut with blackberry compote dusted with peanut powder.  There's also a red berry & rhubarb, a lemon poppy seed, and a meyer lemon & key lime curd... which is delicious, by the way, even after a 10 hour flight to Tokyo.  Oh, and don't forget there's an original glazed too.

I wanted one doughnut... just one.  I could only fit one doughnut in my stomach after already consuming the croissants and coffee from just 15 minutes earlier.  However, selecting just one delicious doughnut from a display of many delicious doughnuts was no easy task.  After much pondering, swaying from side to side, and a persuasive nudge in the right direction by Travis, the very friendly cashier, I pointed to the blueberry bourbon + basil.  I'm not sure what possessed the doughnut maker to create such an interesting flavor profile, but I'm very glad this person did so.  It is sweet, soft, and amazing-delicious.  The blueberry, bourbon and basil hit your tongue in that exact order... it is sweet at first, sultry next, and there is a bit of exotic tingle at the very end.  Yesssss... good choice.  And even better with coffee.  Black, of course. 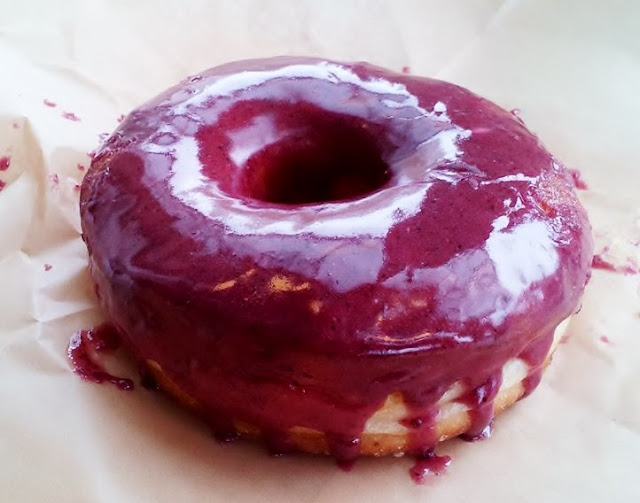 Well, well, well... that one blueberry bourbon basil charmed the pants off my tongue with such conviction that I went back to the counter to stare at the other doughnuts.  Travis, noticing that I was loitering at the counter and probably creeping the doughnuts out, suggested that I take some doughnuts home with me.  "I'm flying to Tokyo in a few hours," I told him. 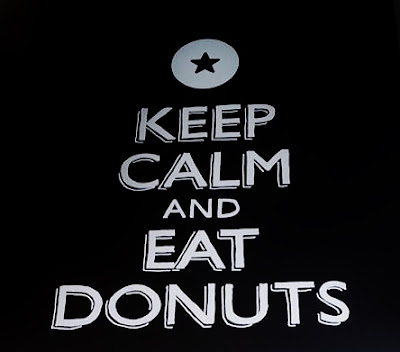 No problem! Travis said that these doughnuts last for more than 10 hours.  So I grabbed the passion fruit cocoa nib, the dulce de leche & hazelnut, and a meyer lemon & key lime curd in a box to go.  Taking boxes of doughnuts on a flight seems like a recurring theme for Portland now (post: Cursed by Voodoo Doughnut).  The passion fruit tartness and the crunchy texture of the sweet cocoa nibs makes for a whirlwind of amazement.  I believe it to be one of the best doughnuts I have ever had in my life. 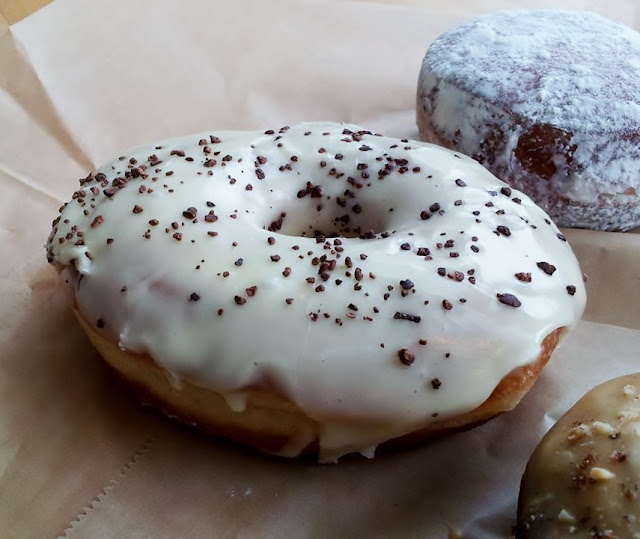 The dulce de leche & hazelnut is good too.  Actually, it's delicious.  The dulce de leche glaze on top almost oozes out at you.  It looks firm and congealed, but it's actually lusciously soft and gushy.  There's a slight essence of Nutella to it but without it being too sweet. 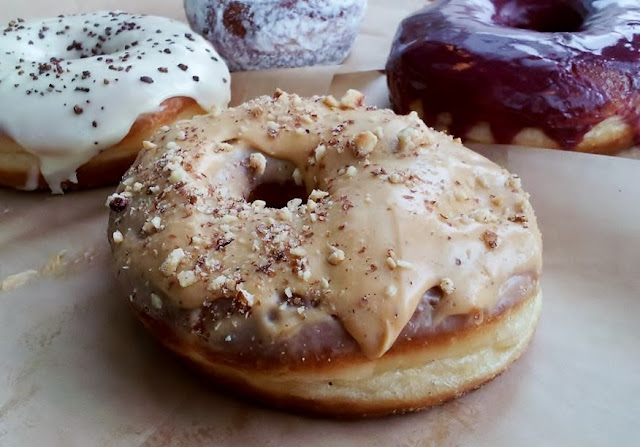 My desire for just one single doughnut quickly turned into four.  This seems like a recurring theme as well, doesn't it? Time to pack up and go meet Ken in Tokyo! Hopefully he can help me munch on these doughnuts.

This concludes my second series on Portland.  The next part of my trip away from home brings me to Japan where I will be spending five days exploring and eating through the largest city in the Land of the Rising Sun.  Until then, let's all get S.O.F.A.T.