Although beef noodle soup is the supposed national dish of Taiwan, it is rumored to have origins in the Szechwan region of China.  Since its creation, beef noodle soup has been altered by the many generations of Taiwanese to what it is today.  However, other Szechwan-branded dishes such as mapo tofu (麻婆豆腐), hot and sour soup (酸辣湯), and dan dan noodles (擔擔麵) have generally remained constant throughout their culinary histories.  There may have been substitutions for different or better quality ingredients and perhaps slight tweaks in flavors to suit regional palates, but for the most part, these famous items are still considered Szechwan dishes.  Chili House Restaurant (四川吳抄手) in Taipei is a great place for a taste of these traditional spicy Szechwan flavors... but it's also a great place for discovering some non-spicy items too. 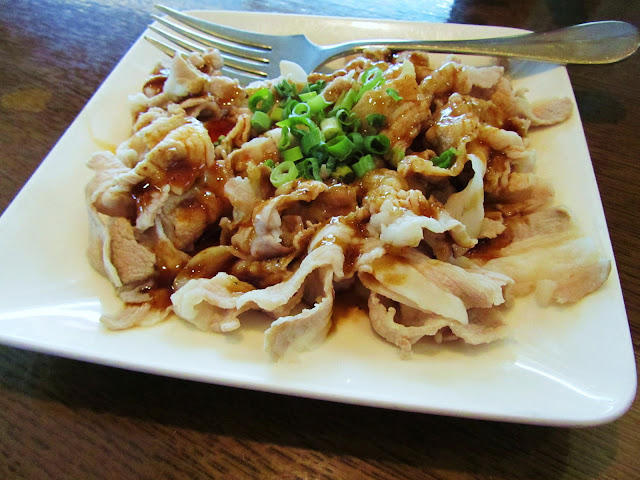 On my previous visits to the restaurant, I had ordered the usuals: red chili wontons (紅油抄手), super spicy mala noodles (麻辣麵) that numb your tongue, and hot and sour cabbage pork (酸白菜肉絲) wrapped in steamed shaobing pockets (燒餅).  This time, though, I had a sudden craving for fatty pork.  I doubt the Szechwan origins of this dish, especially because the only remotely spicy ingredient in it is minced garlic, but hey, a craving is a craving.  The English translation of this dish is cold white cut pork slices (蒜泥白肉), which doesn't sound appetizing in the least... so let's just use my translation: fatty pork in minced garlic and soy sauce.  Yum!

Hey, that's exactly what it is, anyway.  Lean slices of pork, which are blanched just quick enough to cook the meat, are bordered by thin, wrinkles of fat without a hint of grease.  Before anything else is done to the pork, it's chilled so that the meat becomes stretchy and tender, and the curls of fat on the pork taste almost al dente.  Soy sauce paste, a thickened and more pungent version of soy sauce that is widely used in Taiwanese cooking, is later drizzled over the top of the meat.  And the minced garlic? Already in the soy sauce paste.  No need for rice.  It's like chomping on bacon and not worrying about the eggs. 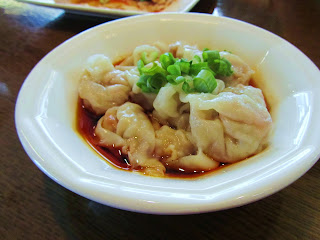 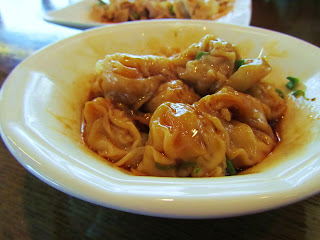 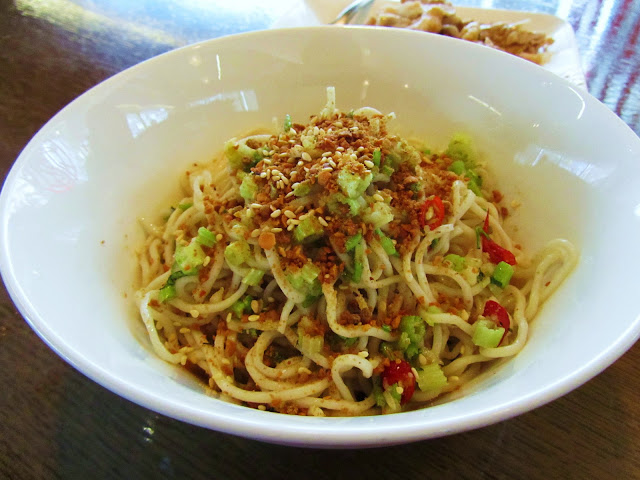 The chili wontons come six in an order, and they come sitting in a puddle of soy and chili oil... unmixed.  You can relish in the tossing, mixing, and marinating of the flappy, Chinese ravioli before indulging in these bite-size poppers.  They're mouthfuls of savory, salty, and spicy bliss.  And what's even better is that you put effort into these one-bite wonders, and you know... it always tastes better if you've had a hand in the work.

After devouring half a dozen little fists of cloud-like wontons, I dug my chopsticks into the mound of hot and sour cold noodles (冰鎮酸辣麵).  The noodles were topped off with Chinese celery, chili and chili oil, green onions, sesame, and bean sprouts... a combination of of ingredients that provided notes of sour tang and chilled bursts of crunchy refreshment.  The celery, sesame, and sprouts opened the way to cooling off during the hot and humid Taipei summer afternoon. 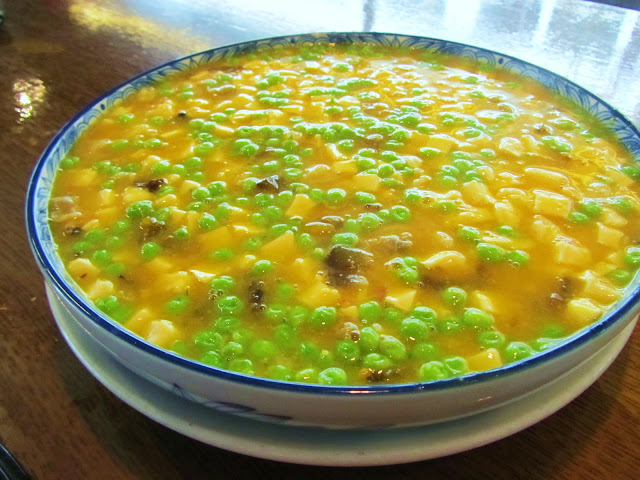 A bowl of noodles usually sustains my hunger, but after discovering the refreshing delight from the Chinese celery and bean sprouts, I perused the menu for another vegetable dish.  Typical Szechwan vegetable dishes include dry fried green beans (乾煸四季豆) and fish fragrant garlic eggplant (魚香茄子), but somehow I landed on a tofu dish that contained more seafood than it did veggies.  The treasure chest of seafood (海至尊) came in a shallow dish filled to the brim with kryptonite green peas, cubes of diced sea cucumber, shrimp, clams, squid, and smoked ham submerged in a sauce made from salted egg yolk.

This was the most disturbing looking dish of the meal.  Perhaps the house specialty appetizer, bean sprouts wrapped in tofu skin (芝麻豆皮捲豆芽), was a better choice just based simply on appearance.  But this pool of sulfuric tofu was actually pretty tasty.  Each item of seafood was diced to the size of the tofu, which meant every bite had equal parts of tender tofu and springy seafood.  The salted egg yolk gave the dish a hearty and homemade taste while binding the plethora of ingredients together.  It looked ugly, but it tasted pretty damned good.  Hey, we aren't supposed to judge a book by its cover anyway, right? 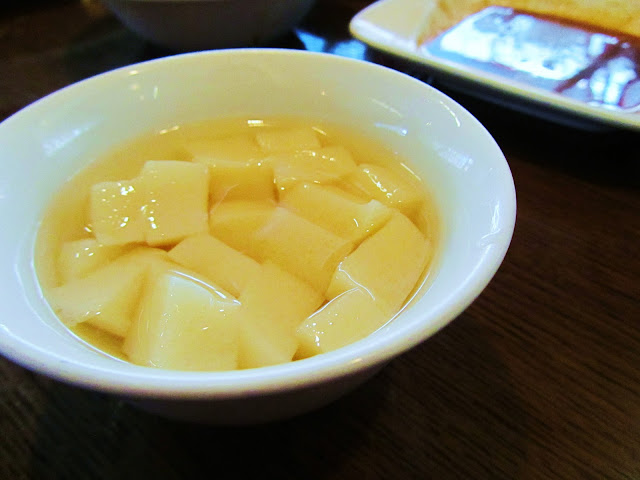 One tofu dish led to another tofu dish... except the next tofu dish was a dessert, and it came compliments of the restaurant.  Almond tofu (杏仁豆腐) is typically a simple, homestyle dessert, but I understand why it's offered after a spicy meal.  The soft jello (it's not really tofu) has an almond fragrance with a sweet taste that soothes the tongue better than any other spice retardant... better than iced water or cold milk.  With or without spicy food, the springy, jiggly tofu in disguise was a great way to end any meal.

Chili House has become a regular stop for me whenever I get a chance to visit Taipei.  Hopefully, everyone finds their own favorite spicy, Szechwan stop.  Until then, let's all get S.O.F.A.T.

How I get there:
MRT: Zhongxiao Dunhua Station (捷運忠孝敦化站)
exit no. 4; walk east on Zhongxiao East Road
make a right on Lane 248 (248 巷); restaurant is on the left