The friendly taxi driver who took us from Sea-Tac Airport into downtown exuded a warmth that the temperature lacked.  He was welcoming and friendly.  (The cabbie on the way back was a different story.)  The taxi driver did think I was Korean, but that's probably due to a number of reasons:

(1) The cabbie said that Koreans were the predominant Asian in the Seattle area... did he forget about how Chinese people are everywhere?

(3) He could probably smell the kimchi coming from my sweat... it's probably my constant craving for haemul pajeon that triggered that olfactory sense.

No matter, the cabbie was cool.  We even negotiated a $40 flat rate (the meter was higher) from Sea-Tac to the Westin.  Thanks for the ride, man.  He set a positive tone early on for the trip. 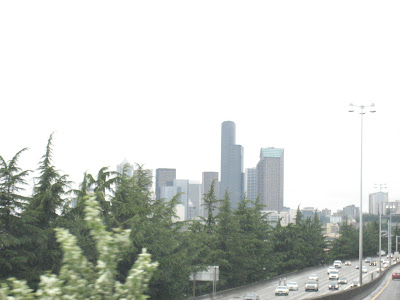 Inside the cab.  Downtown Seattle from the freeway.
See the green aligning the road.  Clean air for all.
So where to? Pike's Place Market, of course.  That was the one place that we all (Connie, Diana, Duke) wanted to hit up.  And I can tell ya... we spent quite a bit of time there.

Here's our morning and early afternoon of day 1 at Pike's: 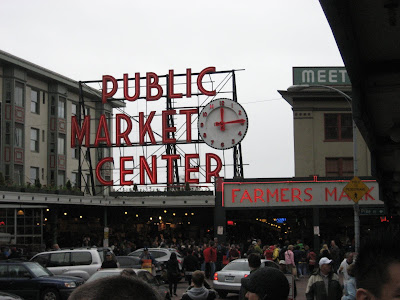 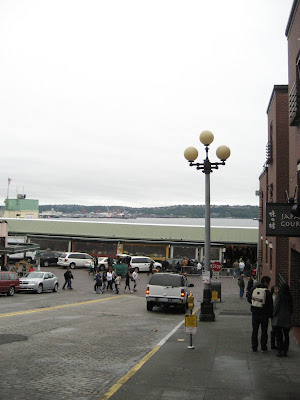 All quiet on the western front.  A peaceful walk down to the entrance.
The body of water behind the market leads to the Pacific. 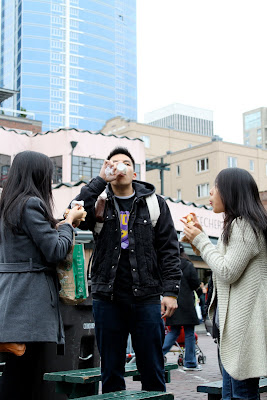 First bites in Seattle.
The goodies from Le Panier provided some fuel for the trek through Pike's. 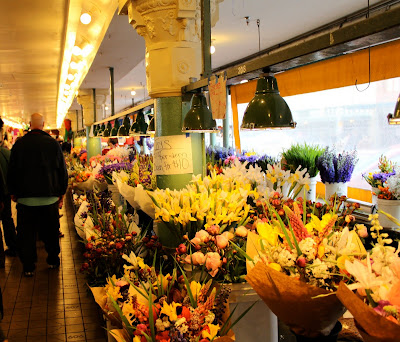 Garden or market? Bundles of bouquets line the east side of Pike's. 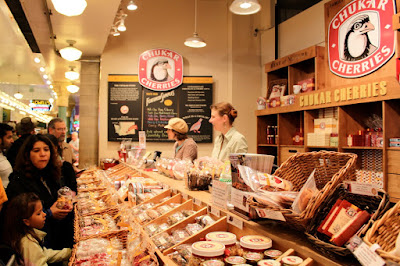 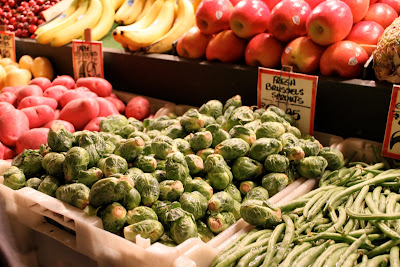 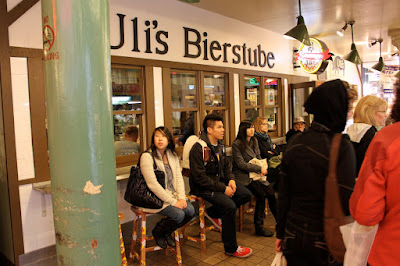 A refreshing respite.
Doing a little bit of people watching as we trek on to the second half of the market. 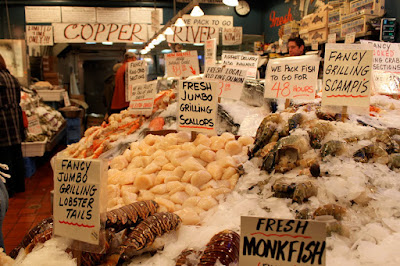 Super shellfish.  The scallops were almost about the size of my fists! 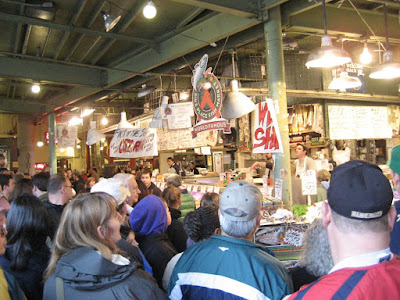 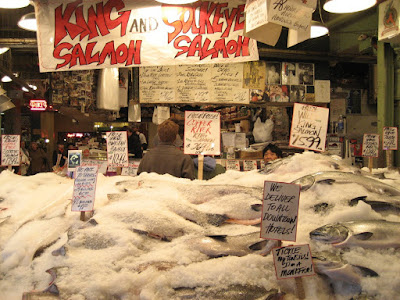 The goods.  It's all about the salmon here. 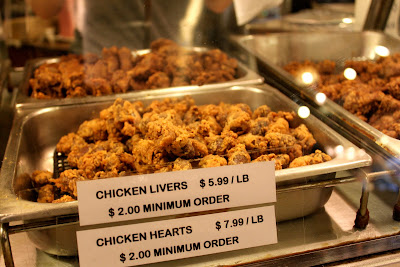 Not only produce and seafood.  But... internal organs of poultry too?
A small Japanese corner shop sold some deliciously crispy chicken hearts. 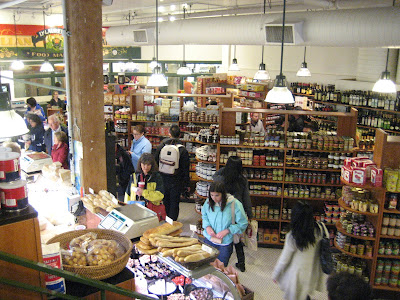 Endless aisles of everything.  Can you spot Duke? 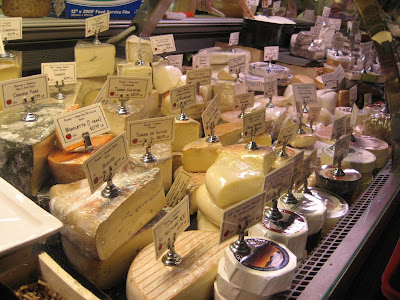 A mountain of cheeses.
A culinary conoisseur's dream.  A lactose intolerant's nightmare. 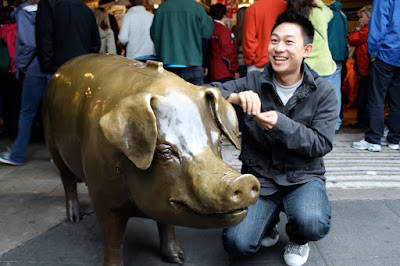 Petting the Pike's pig.
Depositing some coins into the life-sized piggy bank. 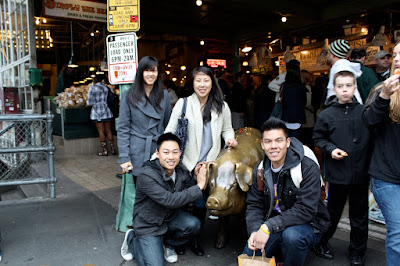 A glimpse of the group.
Crouched down low now... see how high we can jump later. 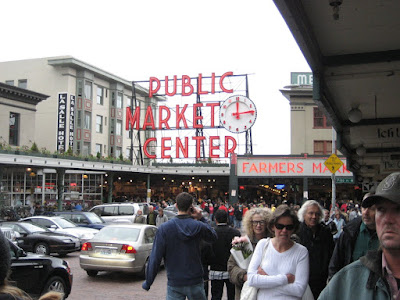 There it is! One of the most photographed sights in Seattle.
A slew of people and a ton of cars crowd the main entrance.
Leaving the market we all decided to make at least one more stop here before we left Seattle.  There was too much, really, too much stuff inside the market to go through in just one morning.  It was just a little past noon, but it was time to find Pike's Place Chowder, the spot where locals say supposedly has the best chowder in all of Seattle.