Our journey through Seattle takes us to the area around Pike's Place Market.  Our journey in numbers: 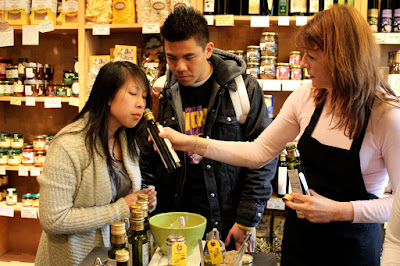 A lesson in truffle oils.
Connie gets a whiff of the buttery essence of the truffle.
5
The number of dollars it costs per person for wine tasting (and food pairing) at La Buona Tavola, a small shop with everything from wine to pasta to truffle salts, truffle oils, and truffle creams galore.  Duke and I had a red wine tasting; Connie and Diana chose some sweeter whites.  Totally worth it. 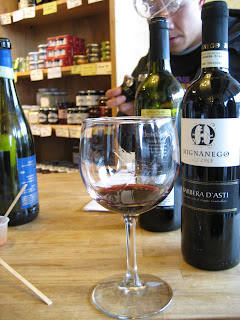 Is the glass half empty or half full?
Well, really it's one-tenth... but who's counting?
You can read Duke's post on our wine tasting experience here. 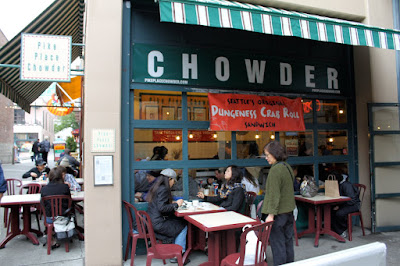 The house that chowder built.
Small store, little space... but big chowder taste.
4
The bowls of chowder we ordered from the highly recommended Pike Place Chowder.  One cup each of (clockwise from top left) traditional clam chowder, shrimp and crab clear chowder (special of the day), scallop chowder, and Manhattan chowder.  The scallop chowder had a hint of lemon, and it complemented the dill very well.  We came back here again before our flight back to LA. 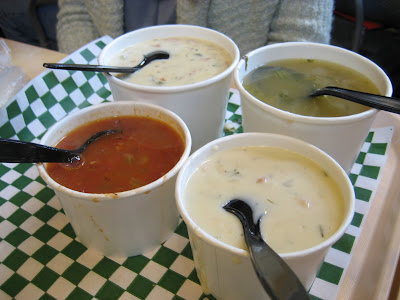 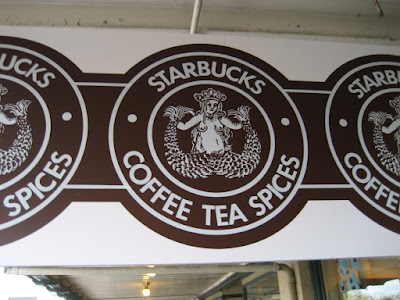 Est. 1971.
The company has since gone public but has adopted a more private logo... ifyaknowatimsayin.
3
The cups of coffee we (we as in Connie, Diana and Duke) drank from the original Starbucks location.  The line to order (not to the mention the line just to get into the store) looked more like the branches that hang off of the tree that produces coffee beans.  Super touristy.  Yes, we were super tourists.  Along with their coffee purchases, they also rang up a bill for Starbucks coffee mugs. 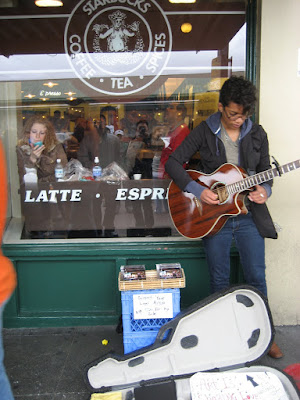 Smelly cat?
We learned that the storefront performers share the space with each other.
One of the baristas attempted to engage the tourists in conversation.  "How many of y'all are from America?" (a few scattered whoops and shouts).  Then, "how many of y'all are from overseas?"  (silence... then nervous laughter from the crowd).  I don't think the non-American tourists quite understood her.  =\ 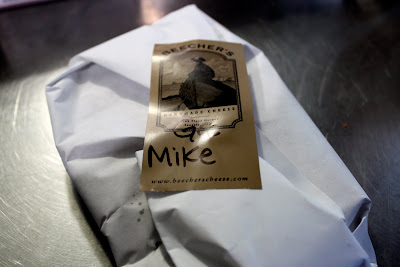 2
Too much cheese! Also, the number of cheese-filled items we tasted from Beecher's Handmade Cheese, a cheese shop that not only serves cheese-infused food but makes their cheese in-house too.  They claim that they have the world's best mac & cheese, but I think Duke and I agree... we've have better.  However, the panini-style grilled cheese sandwich was to die for. 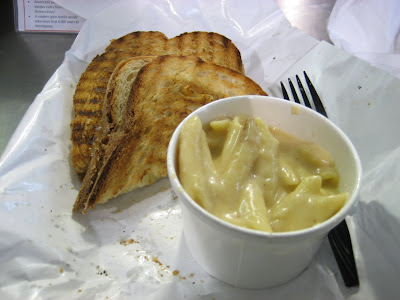 Duo of dairy.
The best grilled cheese sandwich and a so-so mac & cheese.
There's more of the cheese-making process in Duke's post here. 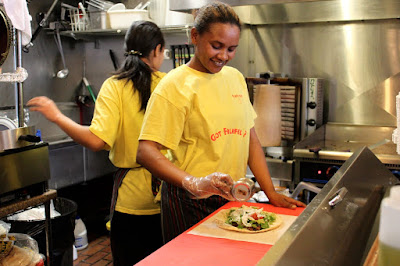 The falafel princess.
A very shy falafel maker attempts to hide from me while another prepares with zest.
1
Gyro cut into four sections from Falafel King.  And one conversation with the store employees about where their homeland of Eritrea is.

Me: So where is Eritrea exactly?
Employee: You know Ethiopia?
Me: Yeah.
Employee: Okay, right next to Ethiopia.
Me: (pointing at the employee's small map of Africa) Here?
Employee: (flips it in the opposite direction) HERE. 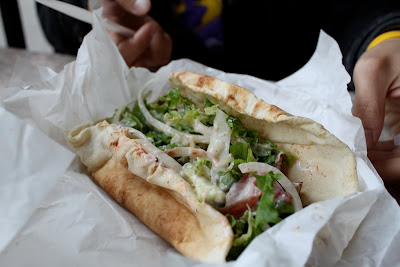 How can we split this? The knife was dull, but we managed.
It was tough to see the meat under there, but the meat was far from tough.
Read Duke's post about our pit-stop at Falafel King here.

And those were our daytime activities for our first day in Seattle.  The next post will show of the loot I brought back from Pike's Place.  Until then...