Post 6: Pancetta and Pepper Pasta with Pesto and Egg Coating 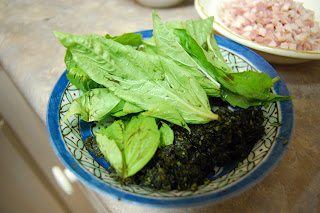 photography by JCS
I've realized that the previous posts have all included pork in one form or another: Korean pork belly, Spam, and bacon. After a request to post about something other than meat, I've decided that I will put the pork on hiatus... after this post.

To top off the pork belly, Spam, and bacon, I've decided on a pork product that is not consumed as an everyday breakfast meat but still revered as much as bacon... PANCETTA. I literally smiled just now, uttering the words... pancetta. May I present... pancetta and pepper pasta with pesto and egg coating. 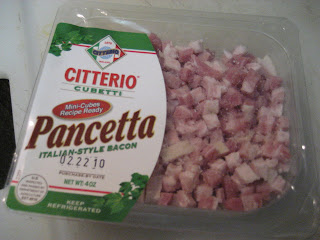 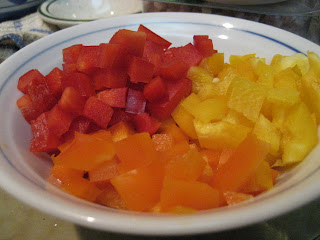 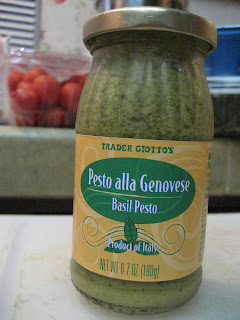 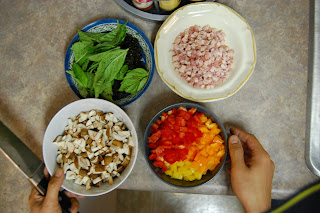 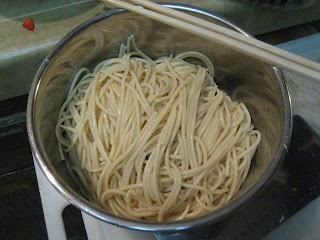 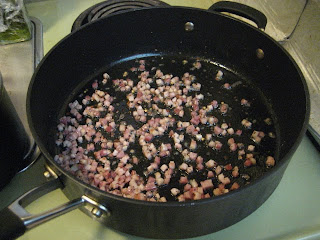 Step 3. High heat; sizzle the pancetta until you can smell pure pork heaven.
S&P and CRP. Use the fat to cook the remaining ingredients. 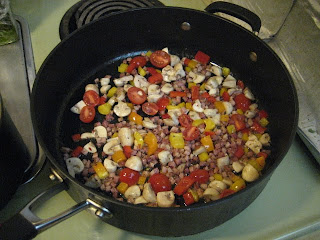 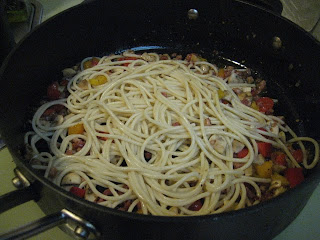 Step 5. Toss the cooked pasta on top of the ingredients. Toss, toss, toss. 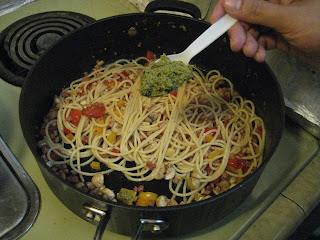 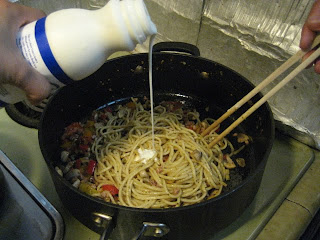 Step 7. Turn to low heat to prevent curdling.
Pour the heavy cream in slowly while stirring the pasta. 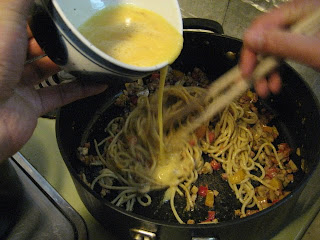 Step 8. Stir in the eggs super slowly.
On first attempt, the pasta (sans garlic, onion, and CRP) seemed extra creamy and significantly bland. I immediately sent my minions, errr... sous chefs (thanks Joseph and Tiffany) to the local supermarket for emergency CRP. (Martha Stewart once said that crushed red pepper is the secret ingredient to all of her pasta dishes. Thanks, Ms. Stewart.)

After a few tweaks with the crushed red pepper, the pasta tasted much, much better. The CRP was the much needed kick to the pasta. (I've decided that crushed red pepper does to Italian food what Sriracha does for Southeast Asian food.) I couldn't taste the pancetta as much as I could the pesto or creaminess of the egg coating, but it's still a delicious tasting pasta. What's nice is that this pasta is not as heavy as other pastas swimming in alfredo sauce. 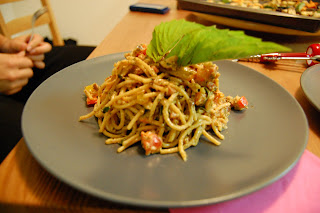 Fallen basil leaf. Stealing the thunder from the pasta.
photography by JCS
I later made a version sans heavy cream for the ever-so-healthy friend (same one that pointed to the bacon cupcakes). There was definitely a stronger savory flavor exuding from the saltiness of the pancetta and the bite of the fresh garlic. Visually, I think the version sans heavy cream looks more aesthetically appealing because it's brightened up with the colors from the bell peppers and tomatoes. 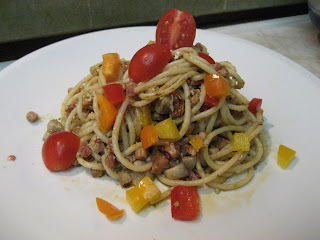 King of the hill. If only the cherry tomato had a flag...
A few more ingredients than some of the previous dishes, but definitely worth the time to dice up the veggies. Try it out, and let me know how it goes for you! Until next time, let's all get S.O.F.A.T.

Mentions/Credits:
The Best Thing I Ever Ate on Food Network (Jan. 11) for the egg-coated pasta idea...
Photography by Joseph is featured in this post...
... and thanks to Tiffany for slaving over the mushrooms with me...
ML - 20100201