Many people have said that the best dim sum in America is in San Francisco's Chinatown.  These people don't quite have it right, but they are not far from where the best dim sum actually is.  San Francisco's Chinatown is home to many Chinese from southern China, specifically Canton (Guangdong) Province; there is no doubt about that.  However, the Chinese who reside there are second, third, and even fourth generation Chinese and Chinese-American that may have lost the authentic taste and traditional method of making dim sum.  Better tasting and more authentic flavors of dim sum are made by the Chinese from Hong Kong, and many of the first generation immigrants reside outside of the city.  Daly City in the Peninsula region of the Bay Area is exactly where some of the best dim sum in America is, and that is exactly where my friend Pei took me to eat. 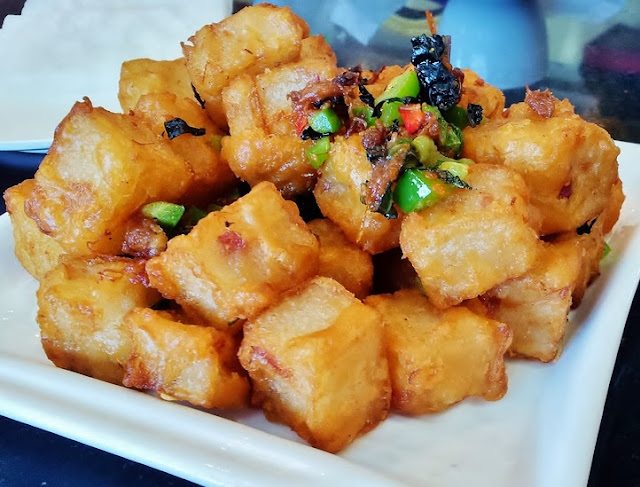 Tai Wu (太湖魚翅酒家), apparently also called Mr. Fong's, offers some unique items that neither San Francisco's Chinatown nor the San Gabriel Valley in LA have.  We didn't order any siumai or hargow, normally staples at any dim sum gathering.  We did, however, order these mini daikon cakes that blew my mind.  The menu reads sauteed turnip cake with XO sauce (XO醬蘿卜糕), but it was so obvious that they were deep fried.  These normally flat and rectangular tiles were made into dice sized cubes, which meant that there was more surface area for crispy, golden goodness.  Holy deliciousness. 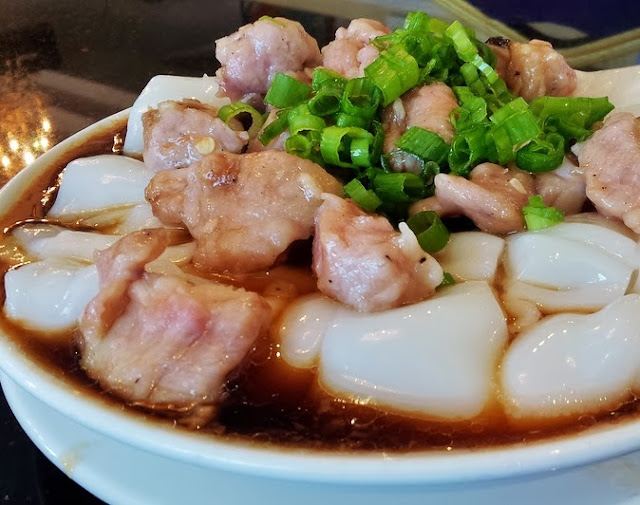 We also ordered steamed rice noodles with pork ribs (特式排骨蒸手拉腸).  The rice noodles are generally machine made and then typically rolled around shrimp or chasiu pork, but these were hand pulled rice noodles and then covered with spare ribs in a flavorful black bean sauce.  It was saucy, savory, slightly spicy, and just so delicious. 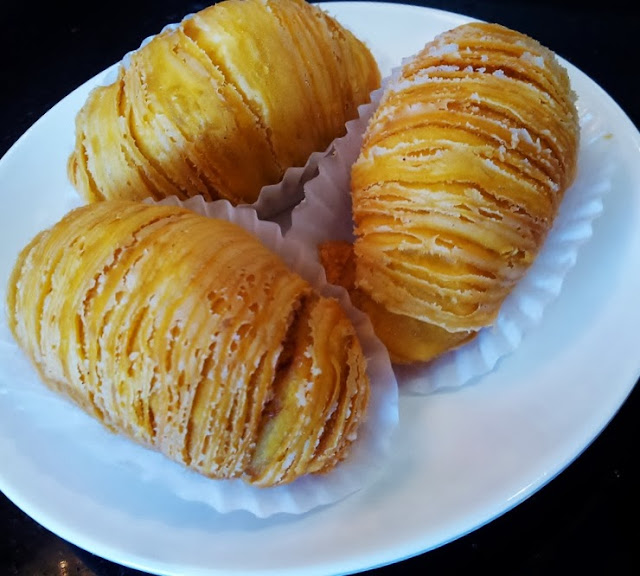 For dessert, we chomped down on some golden and flaky egg custard tarts (酥皮蛋撻), but Pei pointed me toward these baked "durian" fruit puffs (金枕榴蓮酥).  Why durian is in quotations is beyond me, and I'm not sure if that's a good or bad thing.  Though the King of Fruits is known for its utterly unbearable odor, the pastry isn't nearly as smell as one would think.  The "durian" puree inside is smooth, creamy and has a slight hint of pineapple.  Supposedly, this type of Golden Pillow type of durian is the most common of all exported durians from Thailand.  Think about a smooth, ripe avocado blended with tropical taste and fibrous texture of a pineapple... and then enveloped by a crusty pastry.  That is what we had.  Definitely worth a try.


We also ordered the requisite chicken feet (豉汁蒸鳳爪) among other dim sum favorites like baked taro buns (芋泥雪山飽), but the unique dishes are truly extraordinary here.  Next time you look for dim sum in the Bay, check out the Peninsula area rather than heading into the city.  Until next time, let's all get S.O.F.A.T.