After having some amazing pancetta pizza, Kat suggested we head to Northwest Berkeley for some amazing pie at Meal Ticket, a little neighborhood spot opened by Chef Jimmy Carter and wife Carolyn Del Gaudio in 2001.  It is known for its humble kitchen fare as well as its renowned apple grape pie, which is exactly what we came for.  We even called ahead to make sure there was enough left since it sells out quite frequently. 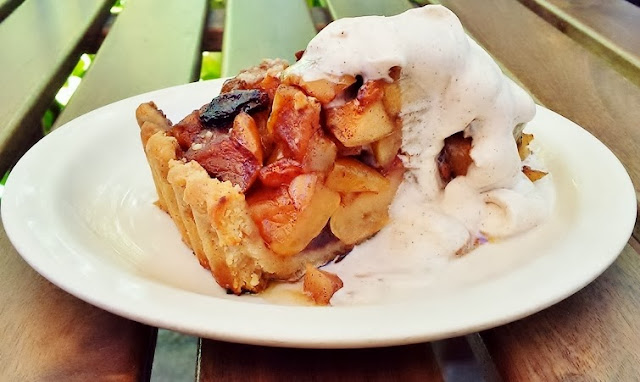 One bite into the apple grape pie, and we knew it was fresh.  The apples and grapes were cooked al dente if that is possible to say that about fruit.  The apples were firm and not mushy soft, naturally sweet and not doused with sugar, baked to perfection and not drenched in butter.  The crust was flaky but still held together.  The whipped cream that topped it all off was infused with cinnamon, which made the fragrance waft up... it just smelled so damn good.  And of course, I appreciated that everything was cut into bite size pieces... but who cares about that when the pie is just so delicious?

While we were filming our short Tastemade video, one of the regulars said that we had to come back to try the food there.  He actually said that Meal Ticket makes one of the best burgers in the area.  I'd believe it.  He showed me his half eaten burger just so that we could see the fresh and juicy center. 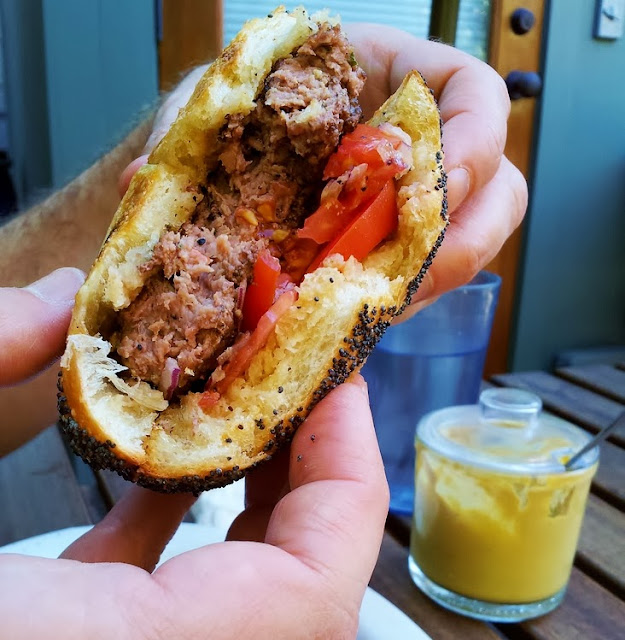 We also met the man himself when he came outside to check on his regulars.  Cool guy.  Makes good pie.  And for those of you that might be confused, this is not the former U.S. president.  But he is the most powerful man in his kitchen. 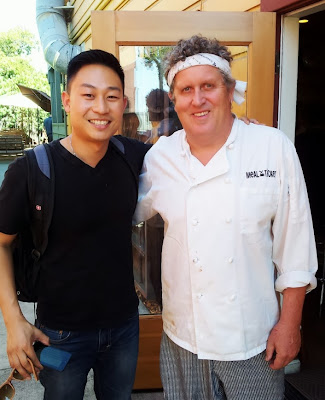 We'll be back for some of these burgers and more of Jimmy Carter's humble pie.  Until next time, let's all get S.O.F.A.T.