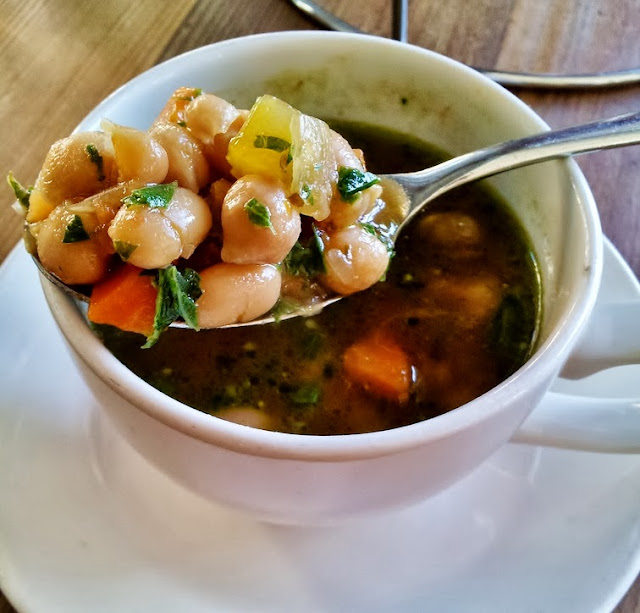 We started with the Summer Bean Soup, a mixture of white beans and other seasonal root vegetables with fresh basil pesto.  It was vibrant and full of flavor... a proper way to jump start our appetites for the pizza. 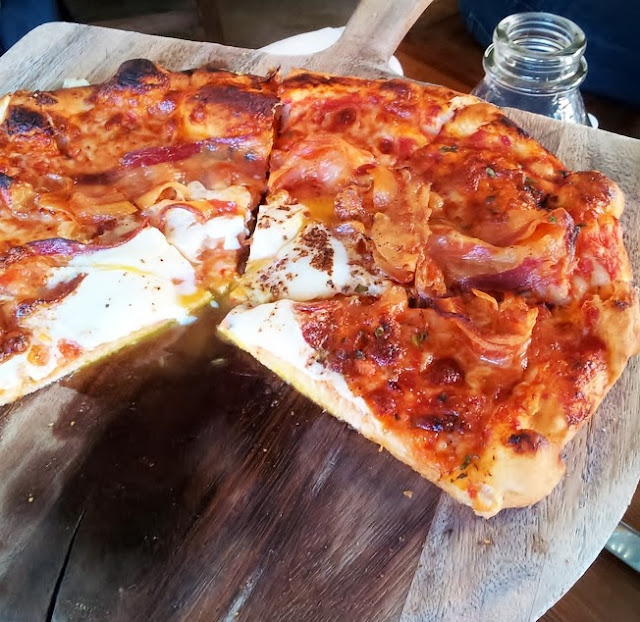 Of the four pizzas on the menu, we both thought the Pancetta Pizza sounded the best.  When the pizza arrived, we could tell just by looking that we made a good decision.  The thinly sliced interwoven layers of pancetta were all crisp... and the savory saltiness gave the first bite a depth of flavor that made me want to moan with pleasure.  I might have.  But neither Kat nor I noticed as we were too fixated on the deliciousness that was our pancetta pizza.

Did I mention that the creamy egg yolk was oozing throughout the center of the pizza? Did I also mention that the yolk and cheese were blending together and that the golden, unadulterated combination of the two was still bubbling as the server set it down in front of us? Oh, have mercy... the pizza gods... they can cause such simultaneous pain and pleasure.


The best thing about the pizza was that it was spicy.  I'm not talking about just a little heat or a slight kick.  I mean a really ballsy flame.  The kind that real food lovers can handle... the addicting kind that keeps us coming back for more.  The chili was a smart move, Chef.

I am dreaming about it already... the warmth of the crust, complete with its peaks and valleys from hand pressing the dough, the sprinkle of oregano on the dropped egg... and of course, the pancetta... the crispy, salty, delicious pancetta.  What a magnificent pizza.  I'm definitely gathering in Berkeley for this again.  Crossing the new Bay Bridge to the East Bay is fine with me.  So until then, let's all get S.O.F.A.T.