Ken's dad recently returned from Japan and brought with him some fresh udon from a local noodle shop in Tokyo... and I was fortunate enough to be around when Ken wanted someone to cook them.  Who, me? Me cook udon? Fresh udon? Well, who am I to say no to this request? I love noodles! Especially Asian style noodles... and it's been a long time since I've cooking anything special.  Lucky me. 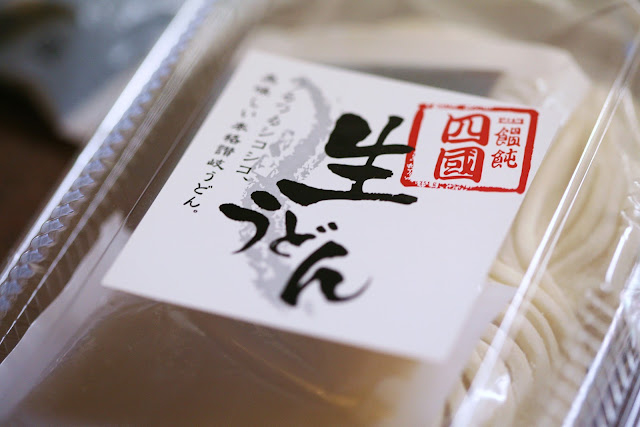 Besides submerged in soup broth, one of my favorite ways to have udon is stir-fried or yaki style.  Yaki udon is a stir-fried noodle dish.  Some may even say that it's the Japanese variation of Chinese chow mein.  Instead of the commonly used thinner, Chinese yellow egg noodles, though, yaki udon uses the thicker, more doughy udon noodles.  It makes for a very luxurious tasting dish... one that allows the eater to swivel the silky texture of the noodle around the plate or in the mouth for complete enjoyment. 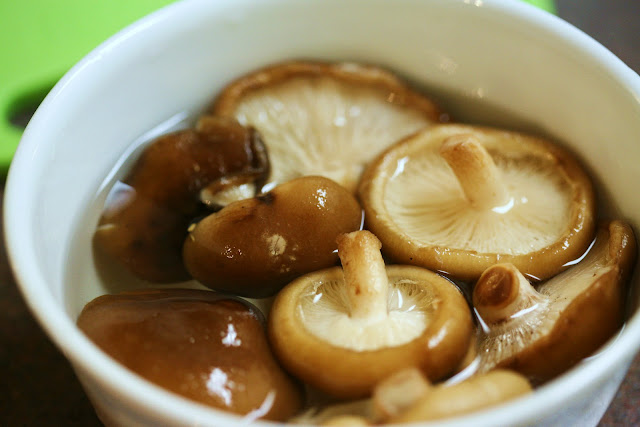 The first thing I did was to make sure I had a good amount of mushrooms to work with.  Since I was cooking with Japanese noodles, I decided to go with a duo of Japanese mushrooms, a well known Shiitake and the more honored honshimeiji mushrooms.  I soaked the Shiitake mushrooms in a cold water bath, and cut the bottoms off the honshimeijis to give them a proper cleaning. 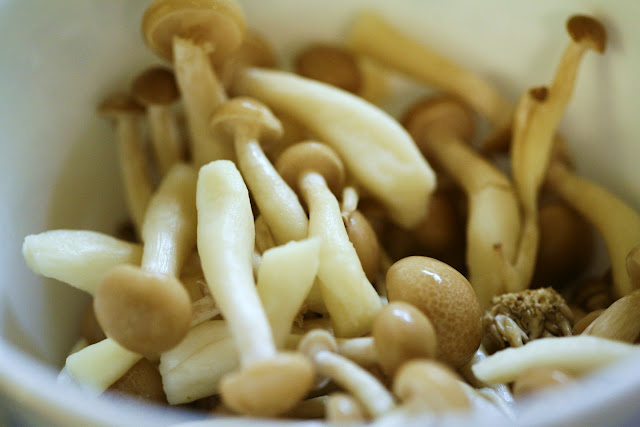 The next step to make julienne some vegetables.  Carrots, celery and spring onions made for a very colorful trio of vegetables that added vibrant color and freshness to the stir-fried udon.  When stir-frying, the spring onions get added at the bookends of the cooking process.  It is added first when the oil first coats the wok to infuse some of the onion flavor in the cooking lubricant, and it is added again at the end of the cooking process as a garnish. 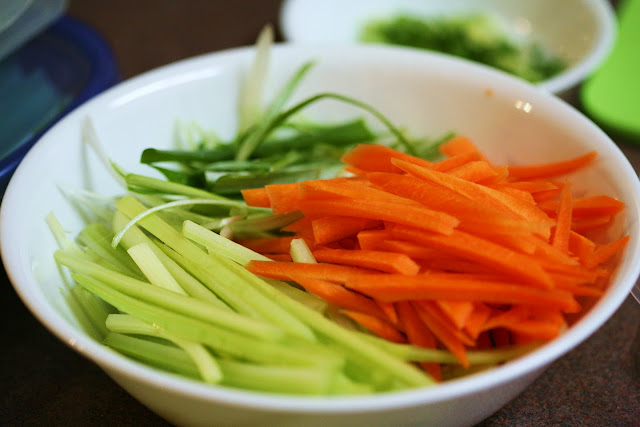 When eating yaki udon, I've usually had it prepared with thinly sliced beef from the fattier areas of the cow.  It get prepared with white or brown onions that are caramelized to give the udon the rich taste that we so desire.  I haven't quite mastered that method of cooking noodles, so I sliced up some pork instead.  I used the hind leg meat of the pork, and marinated it with just a bit of soy, ponzu, sesame oil, and rice wine. 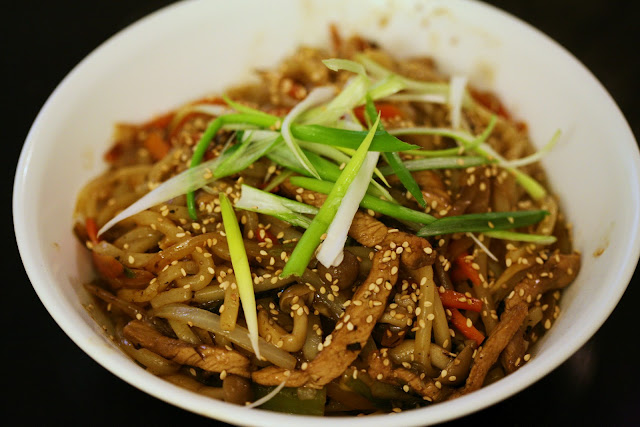 While stir-frying all the ingredients together, I made sure to season the dish every step of the way.  First, the vegetables... next, the meat... and finally, the noodles.  I topped it off with sesame seeds and the freshly sliced spring onion (green onion).  I can't say it was the most traditional of Japanese noodle dishes, but I definitely did my best with it.  Thank you Ken and Mr. Lee for allowing me to do some justice to those fresh Japanese noodles.  Itadakimasu! 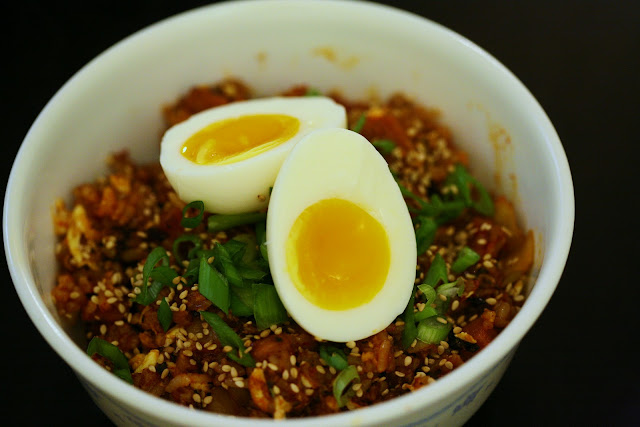 And just for fun I made a kimchi fried rice with soft boiled egg on top.  More details on that to come another day.  But for now... happy eating! Did I mention that there were two packages of fresh udon? Heh, heh, heh... more udon on the way! Until then, let's all get S.O.F.A.T.