One more pack of fresh Japanese udon left... what shall we do with it? 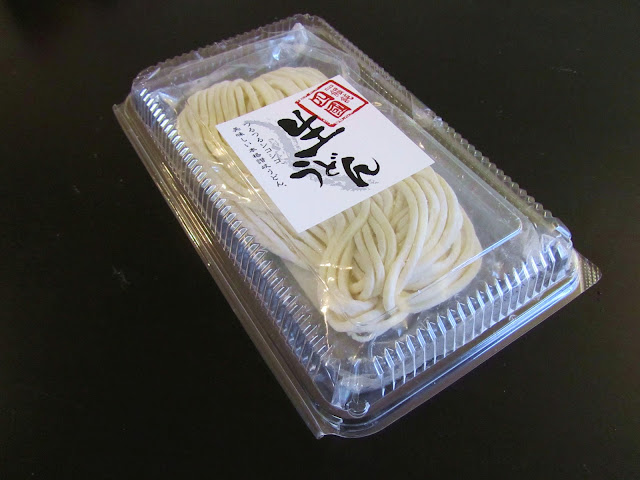 How about following the instructions on the package of noodles? 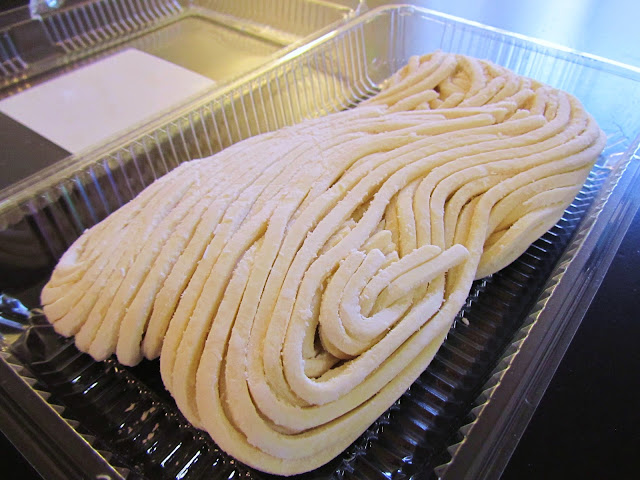 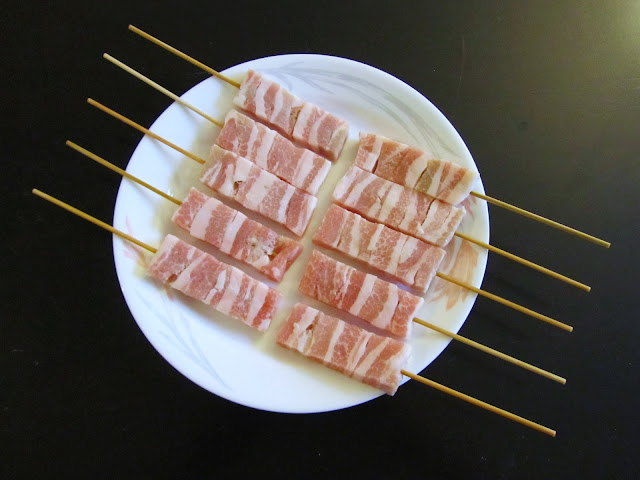 Ken and I strolled through Mitsuwa to see what kinds of ingredients we could add to the udon.  We picked out a package of beautifully cut pork belly on skewers.  I also picked up some more honshimeiji mushrooms. 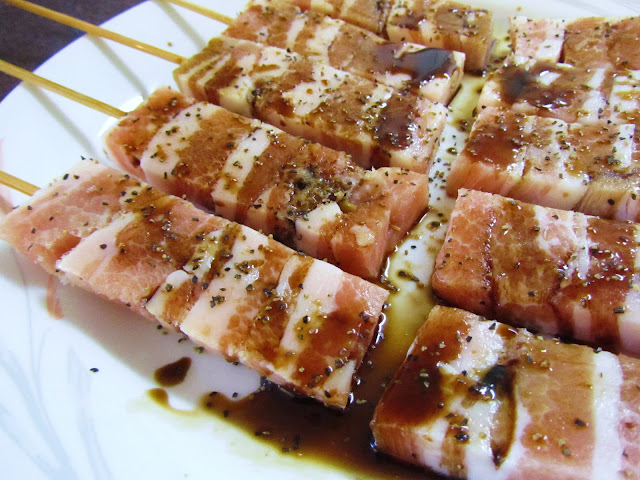 I made a quick marinade of soy sauce, ponzu, minced garlic, sesame oil, and salt and pepper.  It didn't have to sit long because the cuts of pork belly had high fat content, which would already give the skewers a large dose of flavor. 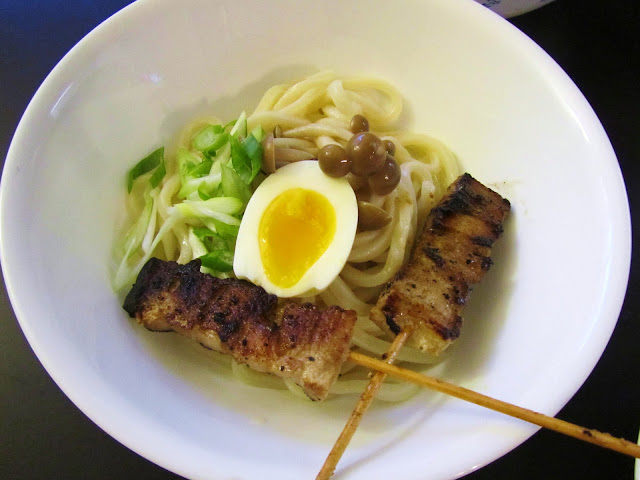 After boiling the udon and tossing it into an ice bath, I placed them in a bowl as the foundation for our skewers, soft boiled egg, and other ingredients.  The mushrooms were blanched in the dashi broth that came with the package of noodles, and they were quickly removed from the hot liquid and placed on the bed of noodles.  The soft-boiled egg was cooked to the point at which the white was solid but the yolk was still runny.  Awesome.  A quick chop of green onions made for a nice touch of color and a refreshing crunch for some texture contrast. 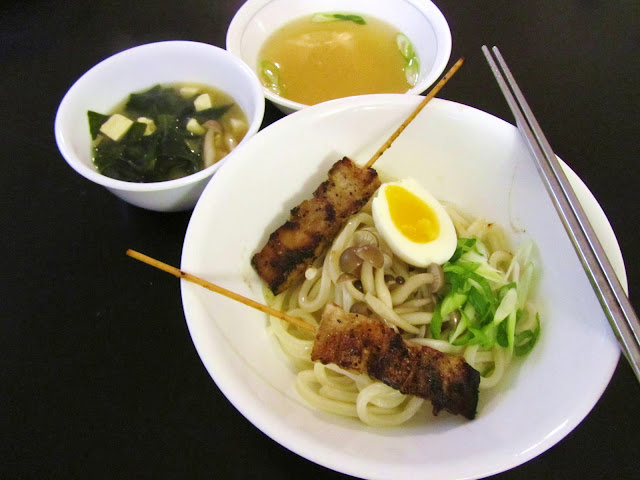 The tsuke, or dipping, broth was served just above lukewarm.  It was just salty enough to coat the udon with a tingle of flavor.  The grilled pork belly skewers provided the rest of the pizzazz of flavor.

A Japanese meal without miso soup just isn't a Japanese meal at all, so I prepared a miso soup with cubes of mini tofu and ribbons of seaweed.  It doesn't take more than five minutes for that soup.  All in all, it was a simple meal, but a good amount of time was required for the delicate preparation.  Thanks again to Ken and Mr. Lee for the chance to cook with fresh Japanese noodles.  Until next time, let's all get S.O.F.A.T.