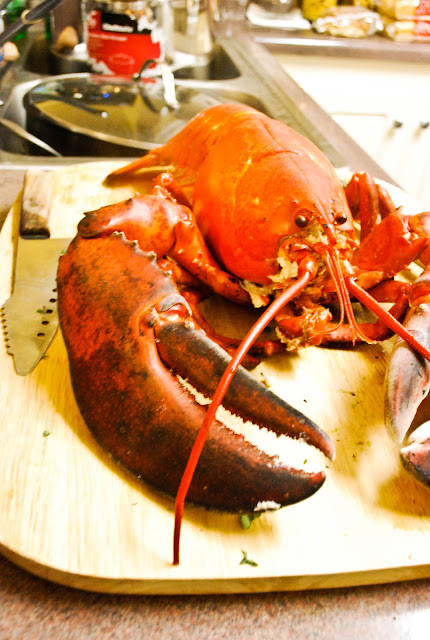 This time I brought home two live lobsters from 99 Ranch.  At $9.99 a pound, it wasn't too bad of a price considering the season, but at a combined total of 11 pounds, the two live lobsters went way above and beyond my budget.  As a struggling yuppie (not only am I no longer young, nor do I live in an urban community... I am far from professional), it hurt my wallet.  But when the lobster rolls were ready to be eaten, the hurt became a paradoxical painful pleasure that was simply beyond description. 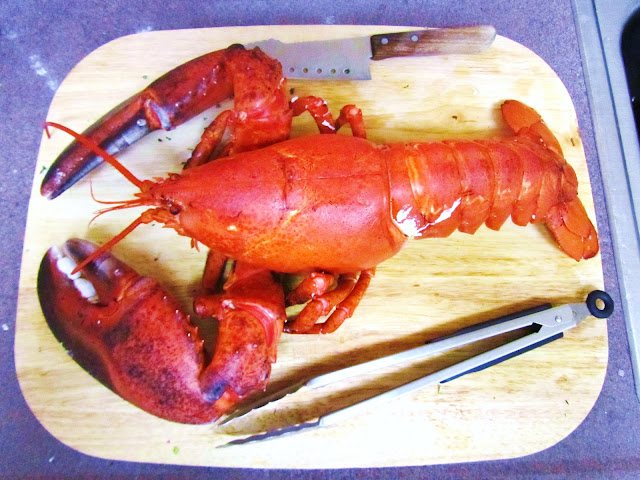 The most common way to tell whether or not a lobster is fully cooked is by checking the color of the shell.  Most people will say that a lobster is done once its shell is bright red.  But when cooking a King Kong lobster like this one (its full body barely fit onto my 18 x 24 cutting board), sometimes the meat in the middle isn't always fully cooked even when the outer shell is red.  Many sites that I read suggest to boil lobster for 10-12 minutes per pound, so that was the recommendation that I followed.  I had one big ass lobster. 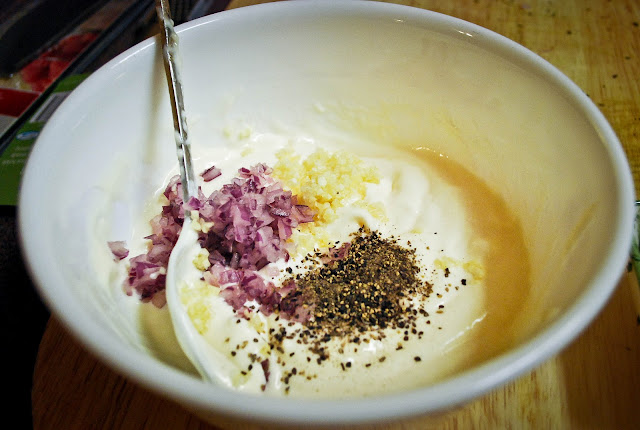 To the mayonnaise I added minced garlic, finely chopped red onions, black pepper, freshly squeezed lemon juice, and lemon zest.  Toward the end I tossed in just a pinch of chopped basil, a hint of olive oil and just a few drops of butter just for that seafood essence.  The amount of mayo to add to the lobster tail meat depends on personal preference, but I would suggest to make sure each chunk of chopped tail meat is well coated by it. 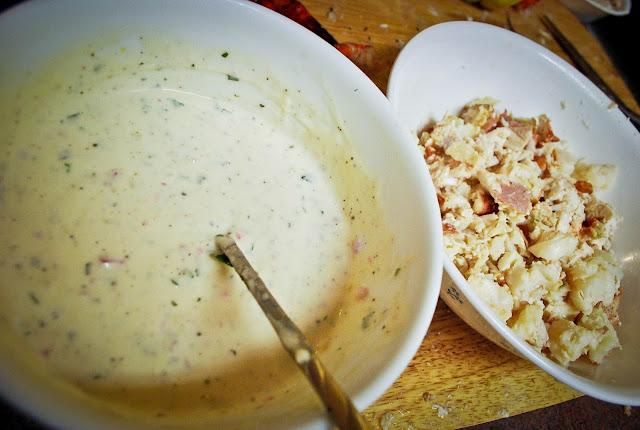 And in case you were wondering what kind of bread pairs best with lobster salad, it's got to be the softest rolls on earth... King's Hawaiian.  Just an extra squeeze of fresh lemon, and you've got yourself some pretty dreamy lobster rolls.  And for the many, many friends who thought I was making lobster sushi rolls... these are, in essence, lobster salad sandwiches.  I got good laughs from the many, "You're going to make sushi?" comments.  The lobster rolls were rich from the mayonnaise but light from the lemon and basil.  The sweetness from the bread brought out the seafood saltiness of the lobster.  Oh me, oh my... they were delicious. 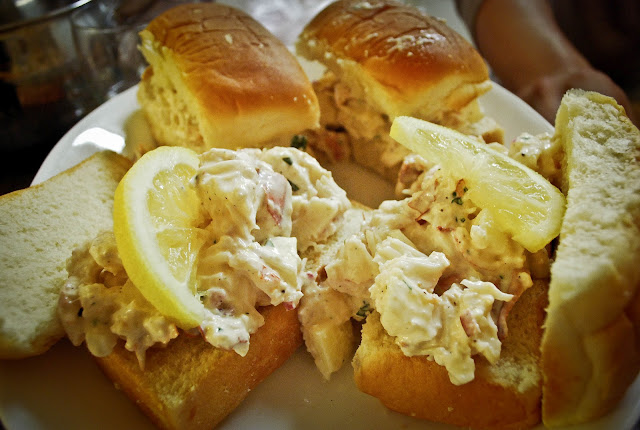 Oh, and I had a whole bunch of potatoes lying around, so I made a skillet of cheesy bacon potatoes while I was at it.  I tossed in a handful of chopped Serrano peppers for that nice spicy kick.  This was the best breakfast skillet sans eggs... and eaten at midnight.  Take that, Denny's. 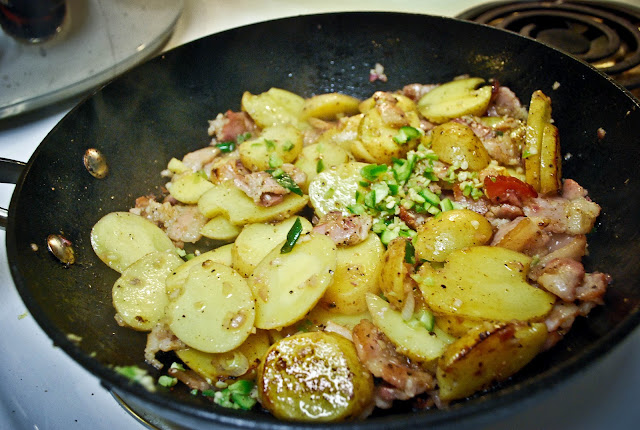 Thank you Aunt Li for employing me to cook those lobster tails the first time.  Thanks to my roommates for enduring the ever squeamish task of boiling a live 5.5 pound lobster with me... twice.  Flashbacks of that scene from Julie & Julia appear.  Many extra thanks for my awesome cousin for shelling lobster meat with me for hours... literally.  Until the next gift of food, let's all get S.O.F.A.T.