While the congee from Hong Kong style dim sum houses are typically served in the morning, the Taiwanese rice porridge with chunks of sweet potatoes are served around the clock.  Both types of rice based soup, though, are used to wake people up.  The Taiwanese porridge works best as a 3 a.m. slap of sobriety and the Hong Kong congee works best as a hangover help at noon the next morning.

"You tried to drink her under the table or something?"

The server glances over at my friend as she brings a pot of piping hot porridge over to the table.  My friend has collapsed on the dining table... whether in complete exhaustion or in complete intoxication, I'm not quite sure... I'm feeling a combination of exhausted and intoxicated myself... attributed to a night of clubbing in Taipei.  Either way, she's about to miss out on some soul warming rice porridge and my trash talking of her inability to conquer the night's liquor.

"No, she tried to drink me under the table," I reply.  "And that," I point to the slumber of hair, makeup, and jewelry that is my friend, "is what happened.  Huo gai."

Huo gai is a term that is tough to translate.  In this instance it might mean that my friend's state of unconsciousness is completely deserved.  In a sense, it's karma... karma for nudging me towards more shots of tequila.  And if huo gai has been served in the Taipei nightlife, it's best to accompany it with a sobering bowl of porridge and plenty of side dishes. 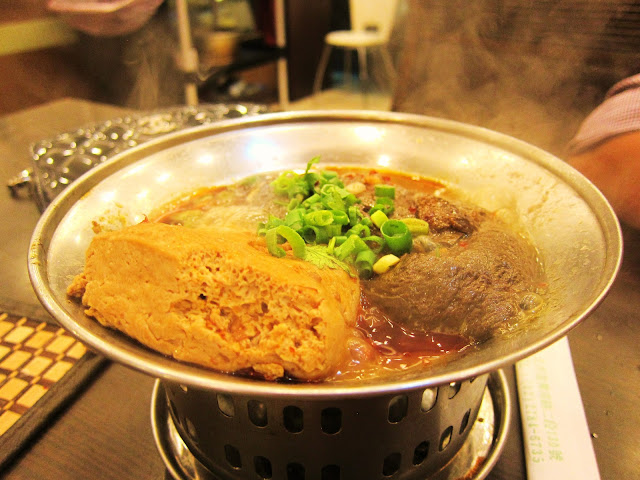 My absolute favorite accompaniment to this bowl of rice soup is super spicy steamed stinky tofu.  It's served in a miniature hot pot with the gas burner still running.  There's nothing like a fragrant tofu in a boiling spicy broth in the middle of a hazy night.  If the spicy broth isn't a natural alarm clock, then I don't know what is. 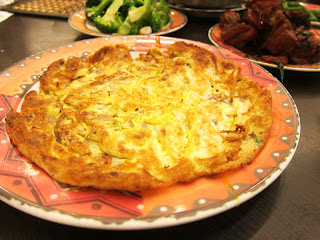 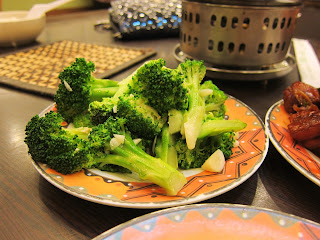 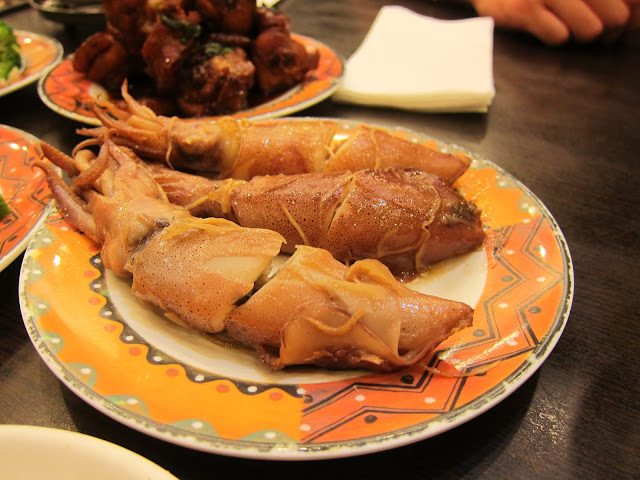 There are a plethora of side dishes to choose from.  Upon arrival at the porridge shop, there is what seems like a buffet of chafing dishes... from grilled sausage to stir-fried eggplant to spicy cucumber salad to all sorts of crunchy pickles.  In our bumbling and stumbling stupor, we select a recurring theme of egg, vegetable and stewed protein.  Our first round of egg, vegetable and stewed protein includes a pickled radish omelette, garlic sauteed broccoli, and ginger braised calamari.  The omelette, broccoli and calamari all have strong flavors which infuse well into the plain rice porridge. 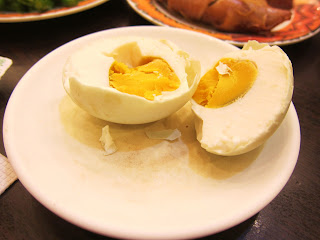 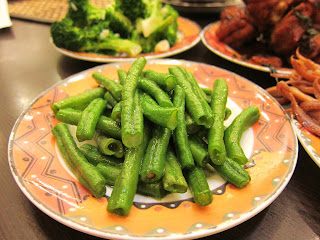 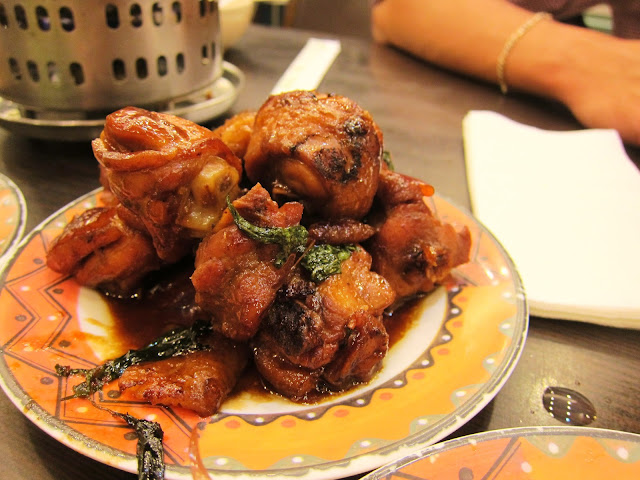 Our second round of egg, vegetable and stewed protein ordering produce salted duck eggs, simply sauteed string beans, and three cup chicken.  The salty and dense egg yolk makes for a great crumble over a hot rice porridge.  It may even work better than croutons over salad.  The ginger, garlic, and basil flavored soy and sesame oil from the three cup chicken make for a flavorful gravy over the top of the porridge.  And the green beans complement the steaming stew with a light and refreshing crunch. 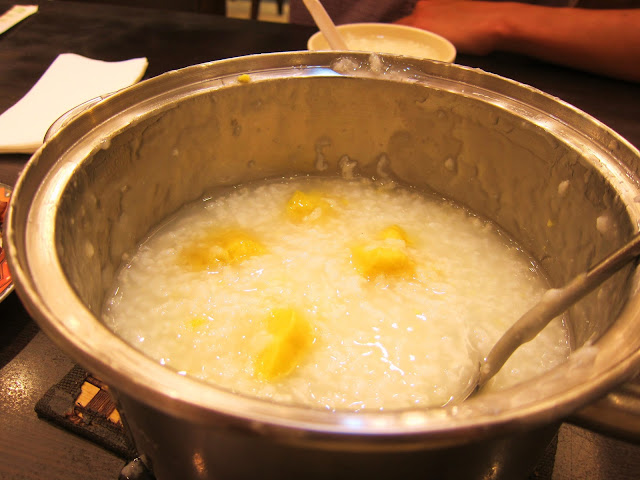 Our second round is also thankfully our last of ordering since everyone has either crashed onto the table or has bickered over the last polyp of broccoli.  Out of the corner of my eye, I catch a glimpse of another friend slap the broccoli out of another one's chopsticks in a not-so-ladylike manner.  And the ratio of intoxicated and those suffering from insomnia versus the sane and sober are dangerously imbalanced.  It's definitely time to go home. 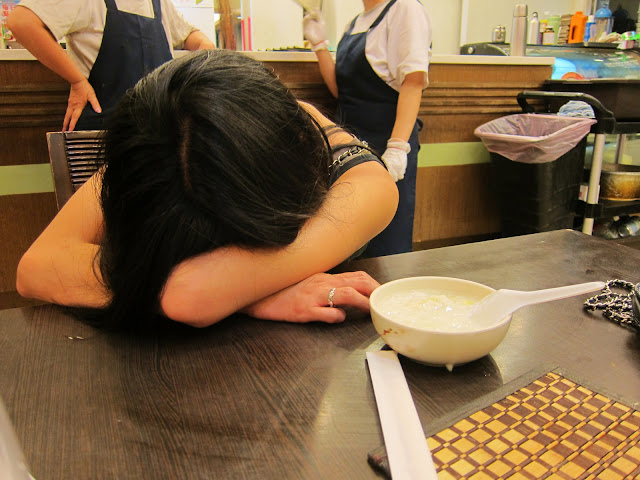 There's nothing that the sweet potato rice porridge can do for us now.  The only thing that can save us now is an efficient taxi driver.  Mai dan so we can hui jia, please.  Until the next night out on the town, let's get S.O.F.A.T.

No Name Congee and Delicatessen (無名子清粥小菜)