Taiwan was colonized by the Japanese prior to the founding of the Republic of China for about 60 years all the way up until the end of World War II.  If you didn't already know, don't worry because you're not alone.  Many Japanese don't even know this since many portions of the war were stricken from history books and excluded from lessons in school.  The point of this post, however, is not to talk about the Japanese colonization of Taiwan, but to point out the many influences they left behind.  It is highly likely that locals and tourists alike will notice the many karaoke bars on every street corner, the orderly queues in the metro stations, the many tatami mats in Taiwanese homes, and the ojisans and obasans who frequent the onsens.  Arguably, one of the heaviest influences of the Japanese on Taiwan, though, was not just the language, culture, or lifestyle but the cuisine. 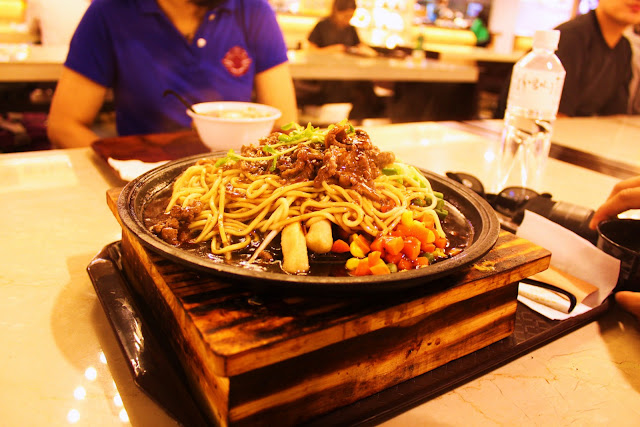 Even though the Japanese people are mostly gone, the influence of Japanese culinary arts can be seen throughout Taipei in somewhat of a fusion with old Chinese culinary culture.  There are teppanyaki counters in mall food courts that prepare chow mein rather than yakisoba.  There are shabu shabu restaurants that prepare individual sized hot pots with Szechwan style spicy soup base.  There are even lunch spots that fill bento boxes with stir-fried chafing dishes rather than katsu or curry.  These Chinese and Taiwanese infused Japanese cuisines can be found on every main thoroughfare in Taipei, but if you walk into the hidden back alleys, you will find remnants of true Japanese cuisine... untouched by any Chinese adaptation and without any Taiwanese adjustments. 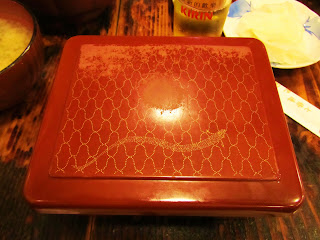 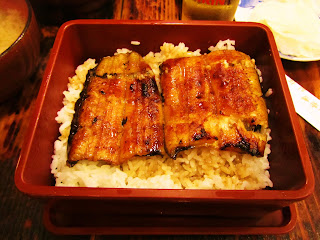 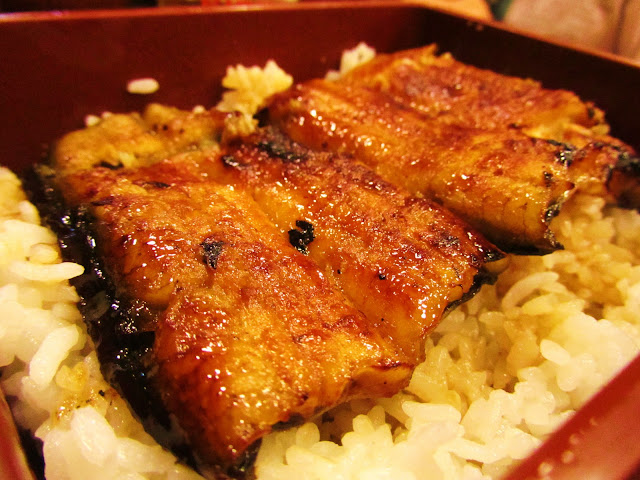 Whenever I'm in Taipei, my aunt takes me to Hizen Ya (肥前屋), an inconspicuous Japanese restaurant that specializes in unaju (鰻重), grilled eel (unagi) over white rice.  It's an authentic Japanese joint hidden down an alleyway behind Zhongshan Road in an area that is frequented by Japanese business travelers.  The store has a barely visible business sign.  And I'm not sure it even says Hizen Ya.  You will know it's the right location because there will be a swarm of people buzzing about in front of the restaurant.  Many of them have paper menus... but many more are simply waiting impatiently for their own box of unaju. 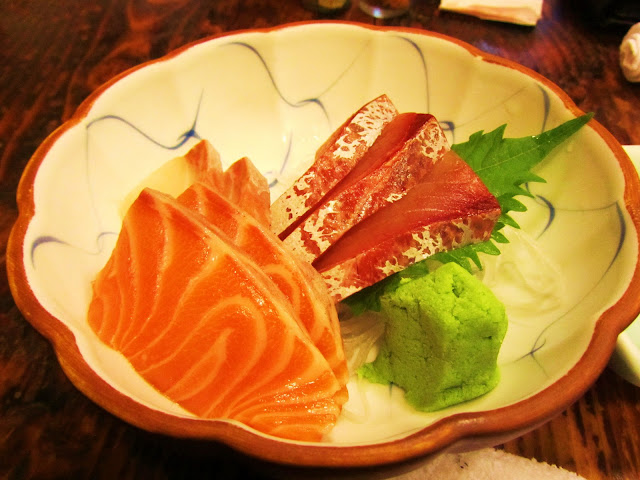 Unaju, by the way, is unagi rice in a box.  Unadon, on the other hand, is unagi rice in a bowl.  It's all about the unaju here.  My aunt tells me that the restaurant's Japanese owner uses local Taiwanese eels, and that the eels are of such high quality that they're even exported to Japan.  It seems like this is common knowledge because there is absolutely no fascination or astonishment on any of the patrons faces here when the food is served.  They all seem like regulars... regulars who know their unagi.  Those who are eating have stoic faces.  They work feverishly through their unaju and barely speak to the company they are with.  Whether small or large, there is a box of eel over rice in front of just about every single person in the restaurant.  Children who haven't yet learned to appreciate the deliciousness that is grilled freshwater eel are ignored by their parents.  Unaju is serious business.  Those who are still ordering methodically check off the items that they fancy... from deep fried oysters to eel wrapped in tamago to grilled skewers.  I do the same... unaju? Check.  Sashimi? Check.  I can never say no to fresh salmon or good yellowtail. 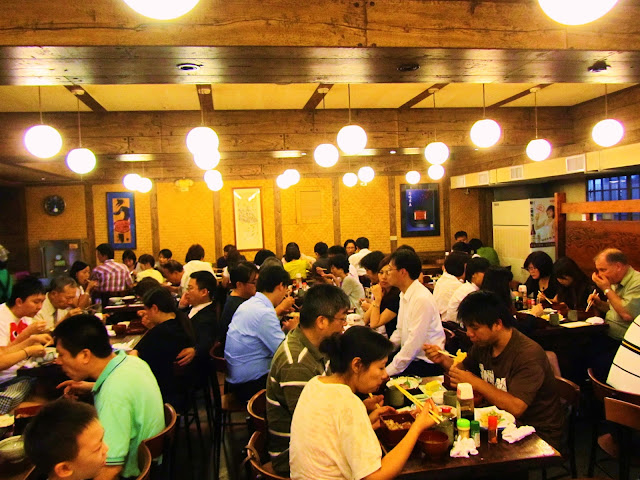 How can a box of grilled fish over rice be so delicious? Well, it's grilled not once but twice... and steamed in between the first and final round of grilling.  It's first grilled to cook the eel, to render the fat, and to get the juices flowing.  It's then steamed to make the flesh of the fish tender and succulent.  And finally, it's grilled once again to crisp and char the outer layer of skin.  The fish is then blanketed across a bed of fluffy, steamed, white rice.  The rice then gets the pleasure of soaking up all the soy infused sweet unagi sauce and all the glorious drippings of fat.

I'm going to throw this unaju post over a literary cliff now and leave you hanging on that image because I'm drooling now... honestly.  Where can I find the same deliciousness of unaju here in the States? Help me out.  Until then, let's all get S.O.F.A.T.