For the international potluck our goal was to bring a dish that represented our culture.  I brainstormed for days... debating whether to bring something substantial like dumplings, a simple snack like Taiwanese sausages, or maybe even some sweets like boba or mochi.  I even ventured into the stereotypical fried rice or chow mein, but I decided that I must show my co-workers something truly Taiwanese. 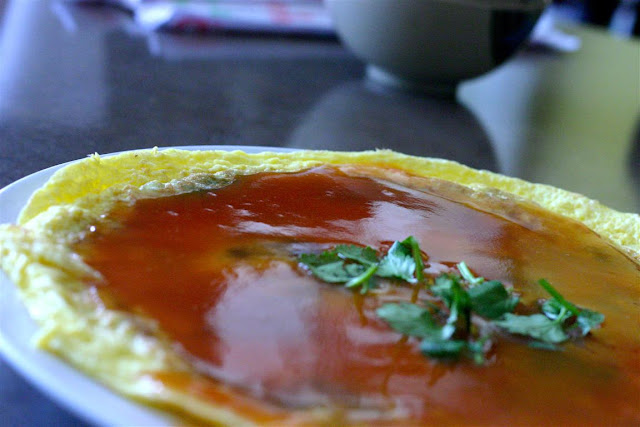 I made a long list of Taiwanese foods that included: Taiwanese-style tamales (肉粽), braised pork rice (魯肉飯), and even oyster pancakes (蚵仔煎).  I crossed items off the list one by one, eliminating them due to pork or seafood content, level of spiciness, and of course, ease of preparation.  And when I put the final strike through the second to last item, three cup chicken was the dish that was left.  Three cup chicken is about as authentic Taiwanese as it gets... and what could be easier than dumping wet and dry ingredients together into one pot, and letting it simmer until fully cooked?
What are the essential ingredients?
Thai basil, whole cloves of garlic and large chips of fresh ginger. 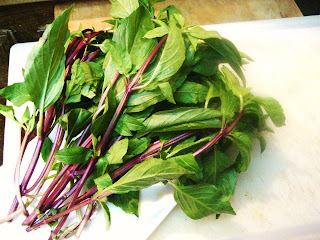 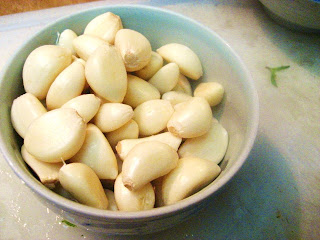 So three cup chicken is three cups of what?
One cup each of soy sauce, rice wine and sesame oil... simmered down to the end. 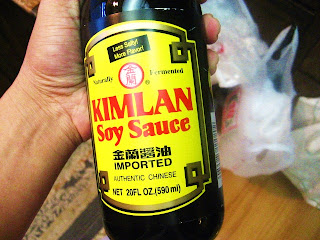 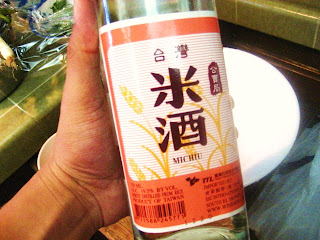 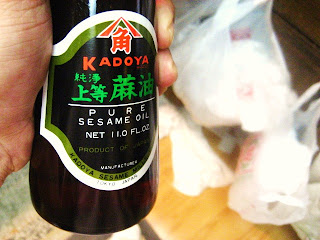 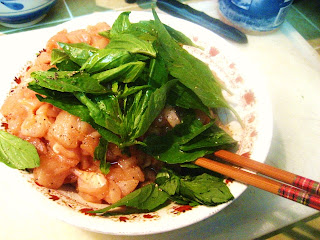 But as authentic as three cup chicken is... I still ran into a few ease-of-eating problems.

The chicken that's typically used still has a lot of bones running throughout the chicken... and that's not easy to eat at a potluck.  So I substituted bone-in, skin-on chicken with boneless, skinless chicken breast (it's healthier too), and diced them into cubes. 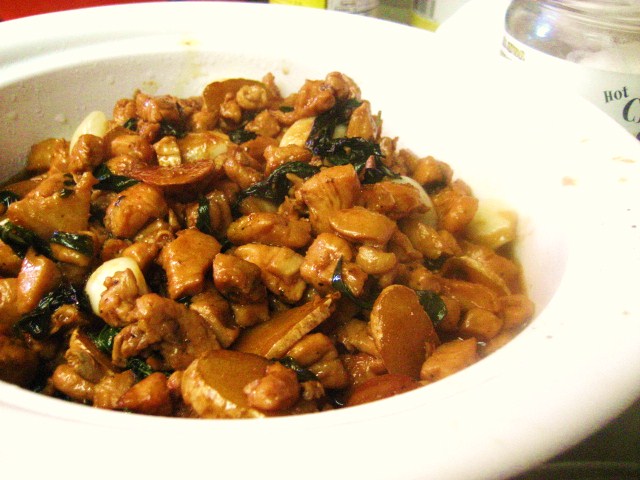 And I thought that lugging a big pot of white rice to work was not a good idea... so I subbed the rice for lettuce! Lettuce wrapped three cup chicken, I thought, would be a creative way to eat something very traditional... and it might get my foot in the door with my co-workers who are not as familiar with traditional Taiwanese cuisine.  (Lettuce wraps are one thing I can thank P.F. Chang's for... but the gratitude stops there.) 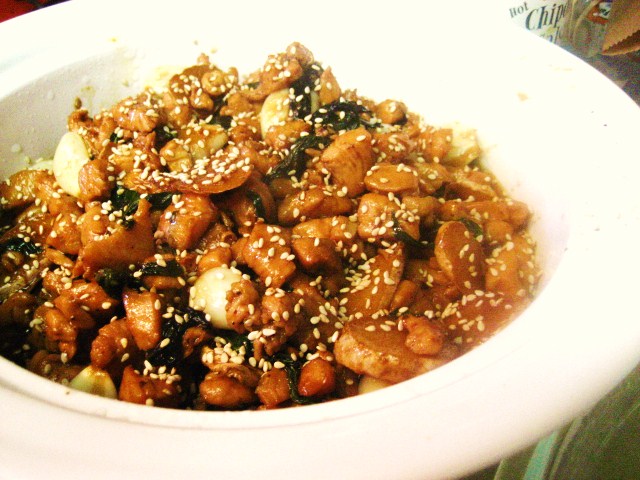 I subbed water for the rice wine just in case the alcohol didn't fully cook off, but it made the chicken a bit tougher than how it's supposed to be.  And using diced cubes of chicken breast rather than chunks of bone-in, skin-on chicken probably dried out the chicken a bit more than I would have liked.  The chicken wasn't tender, but it wasn't cardboard... and it wasn't anything a bit of minced water chestnuts (for crunch and moisture), green onion (for freshness), or Sriracha (for kick) couldn't take care of.

Success? For the first time making something my ah ma is pro at... yes, it was a success.

The only failure was for not taking a picture of the lettuce wrap itself.  It was topped off with the water chestnuts, toasted sesame seeds, slivers of fresh green onions, and a swirl of Sriracha.  It was beautiful.  What a fail.

Always take pictures before you eat!