My family and I watch a television program called WTO Sisterhoods (WTO 姐妹會), a very entertaining talk show that features expats and spouses of Taiwanese nationals that share, very candidly at time, their experiences living in Taiwan as recent immigrants.  The guests range from a wide range of backgrounds and cultures, from nearby Asian neighbors to a surprising number of Latin American and African countries.  One of the guests on the show is Amy Rattigan, a British national who fell in love with a Taiwanese man while on a backpacking trip in China and eventually moved to Taiwan after their marriage.  Because she missed the food from home, Amy opened Brit Shake (英國奶奶) with her husband where she happily serves traditional British fare and milkshakes. 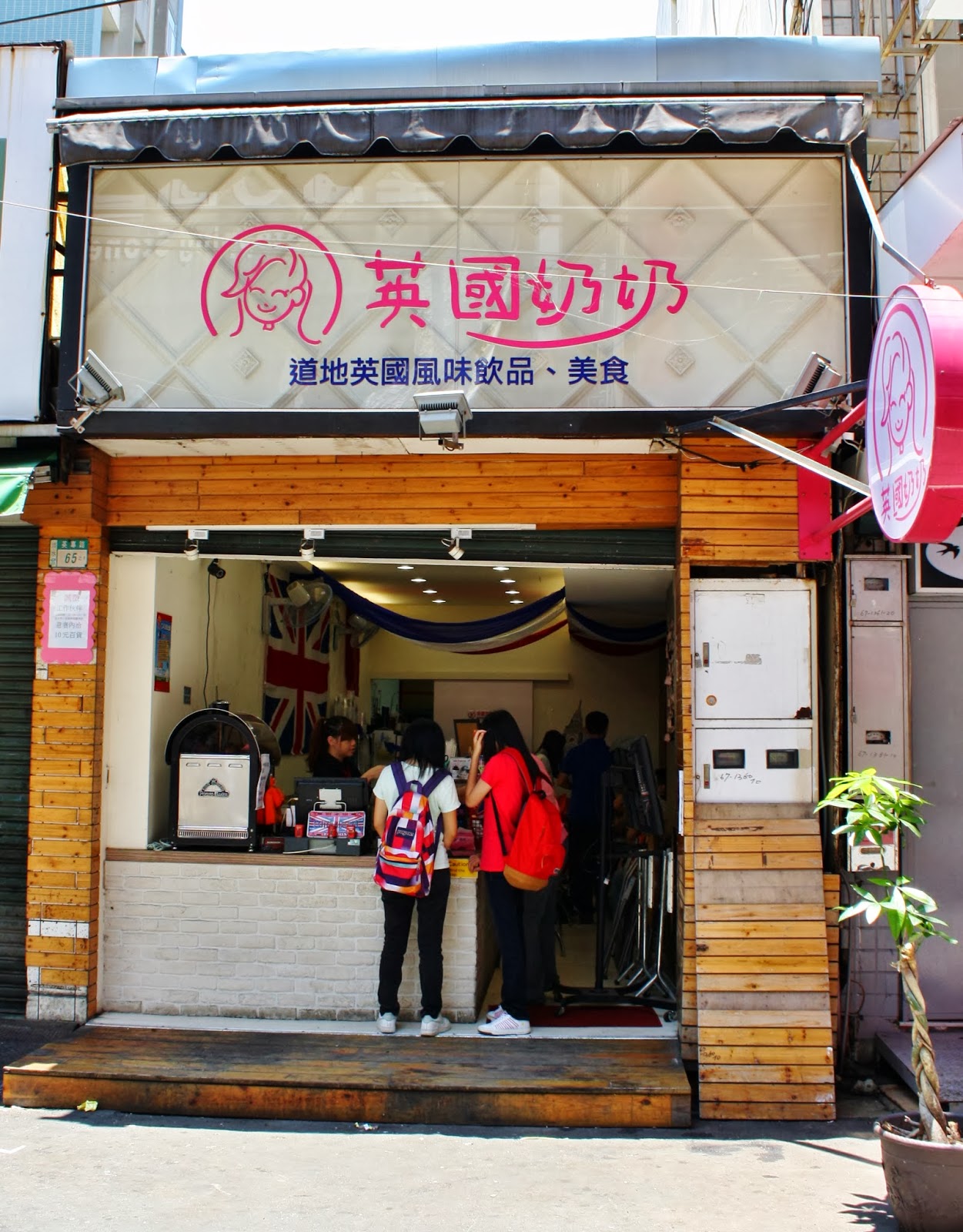 We ordered the obligatory fish 'n chips made with a Boddingtons beer batter and served with mushy green peas and tartar sauce.  The batter on the fish was so crisp, and the fish itself was ridiculously tender.  After squeezing the wedge of lime over the golden brown exterior actually made my mouth water.  The chips were served golden brown as well, but importantly, they were seasoned well and served piping hot.  Steam escaped out of the soft, fluffy potato when I broke it in two.  The portion sizes are made for the local Taiwanese, which is a bit disappointing for my American born appetite.  I wished there was more. 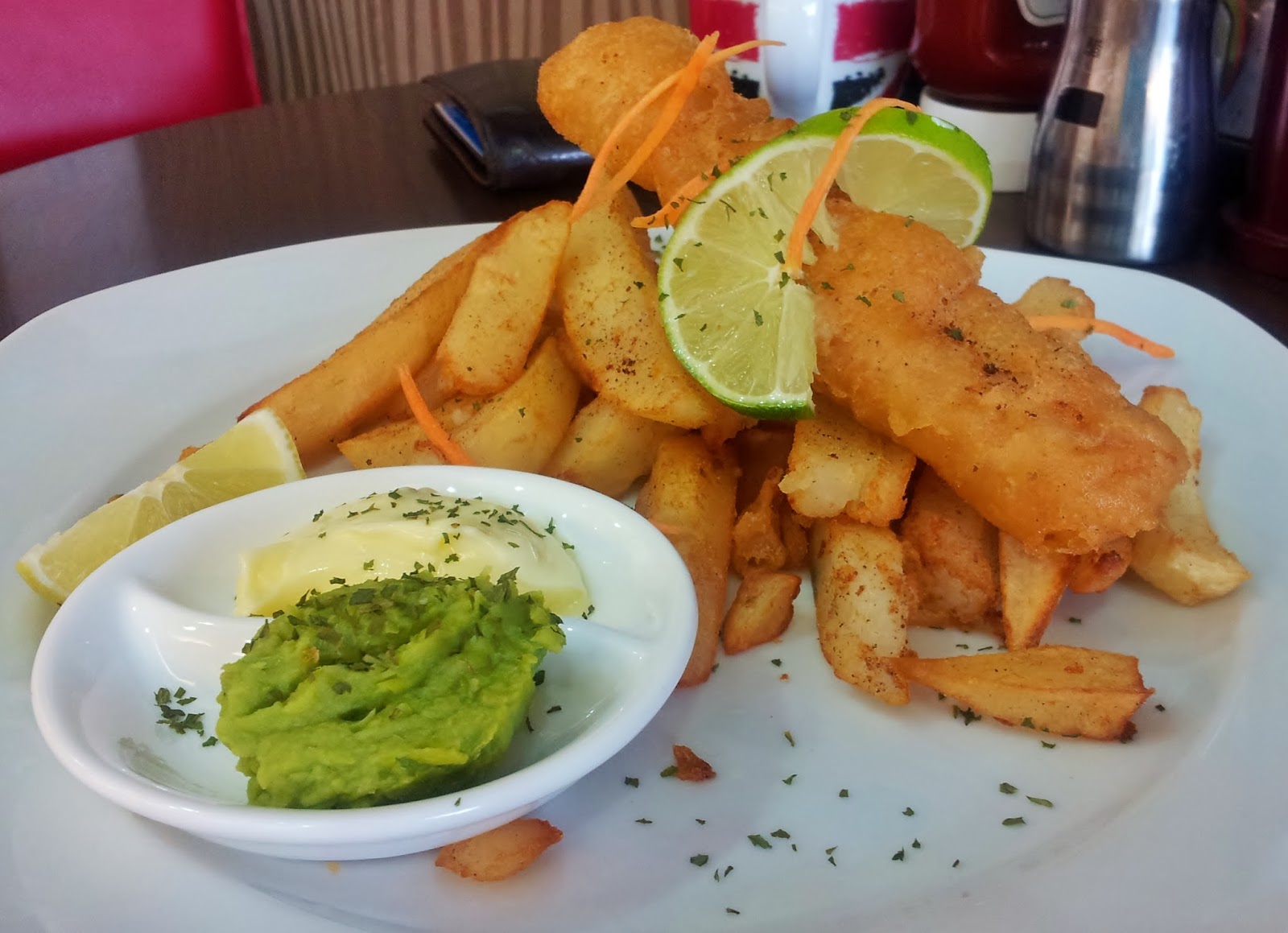 Fortunately, my aunt and I also ordered the cottage pie.  It also arrives in a portion size that I am not quite used to, but what the cottage pie lacks in quantity it makes up for in flavor.  I loved the strong cheddar cheese flavor and smell... it isn't something that the locals usually opt for, but that just affirms the authenticity of the ingredients at Brit Shake.  I noticed that the shelled peas really do taste different from the typical frozen green vegetable.  These peas are actually good.  As with the fish 'n chips, I only wished there was more to chow down on. 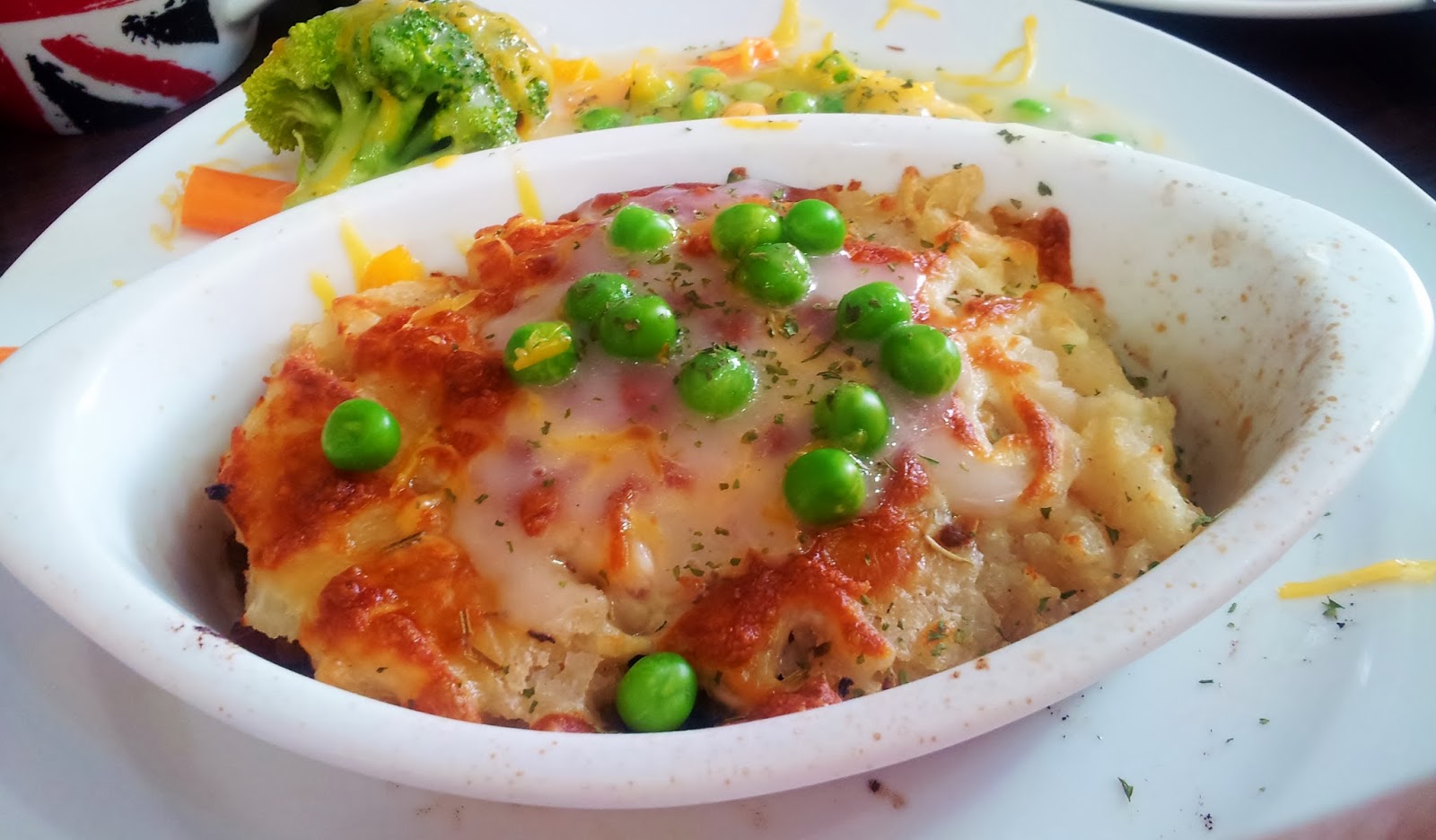 My aunt and I did not try any of the milkshakes on this occasion, but we saw many high school and college students walking out of the shop with the icy dairy beverage.  Perhaps on my next trip here.  It was so great to meet Amy (she is actually cooking in the back), and I wish her and Brit Shake all the best.  Until next time, let's all get S.O.F.A.T.