It's been quite a while since I've visited Clifton's Cafeteria.  In fact, it's been at least 15 years since I last visited Clifton's Silver Spoon location on 7th Street in Downtown LA.  When I would visit my dad at work on the weekends, he would take me down to Clifton's for their fried chicken and mashed potatoes or sliced turkey and stuffing.  On birthdays and other special occasions, my dad would bring Clifton's multi-layered chocolate cakes home to share with family and friends.  I loved Clifton's fried chicken.  It was crunchy and crispy and eons apart from the Pioneer and Kentucky Fried Chicken that I was used to.  On the occasions that I ordered the turkey and stuffing, I munched on the bread stuffing as slow as I could so that I could make the savory taste linger around on my tongue.  I always remembered those times because it was rare to have things like mashed potatoes or chocolate cake.  It was such a treat to have classic American fare because I was so used to having traditional Chinese and Taiwanese food at home in my younger years.  Anytime that I could get away from a taro birthday cake from the local Chinese bakery was a cherished moment in my eyes.  Clifton's has definitely been missed. 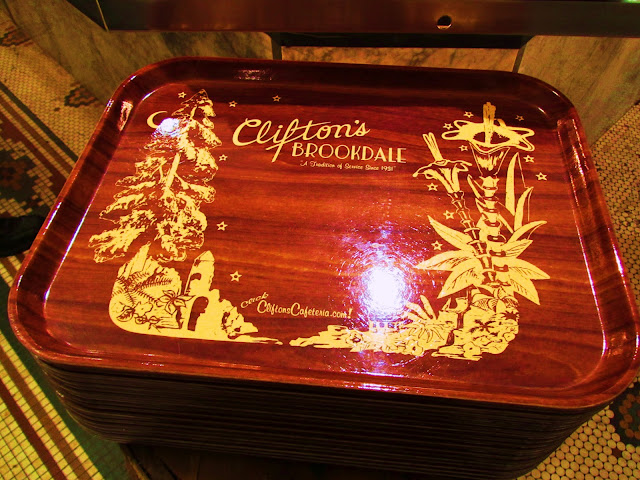 So imagine my excitement when I was invited to attend the revealing of the original Clifton's Cafeteria facade.  The building's facade at the Brookdale location had been covered with metal grating for almost half a century, so few people know (or remember) what the classic cafeteria actually looks like.  New owner Andrew Meieran (who also owns The Edison) put plans in to renovate Clifton's and restore its facade and entryway as part of the Bringing Back Broadway project.  Local media and fellow culinary cohorts were invited to have lunch at the cafeteria and watch the revealing of the facade.  How freaking cool.  The first person I thought to bring along was my dad.

Okay, so the facade needs a little work.  But we'll let the pros handle that.  In the meantime, though, I'm eagerly anticipating the classic cuisine of Clifton's Cafeteria from back in the day... except now it's going to be made with all organic produce and sustainable ingredients.  Other areas that the newly renovated Clifton's will bring are the bakery, a bar and lounge area, and a classic soda fountain the 50s.  The famous indoor waterfall will also be preserved. 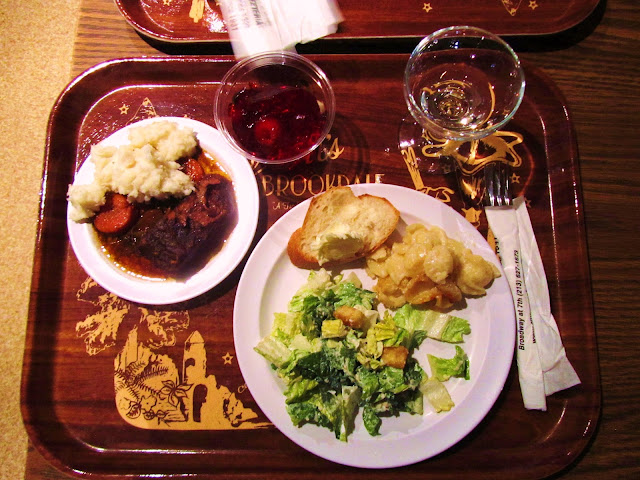 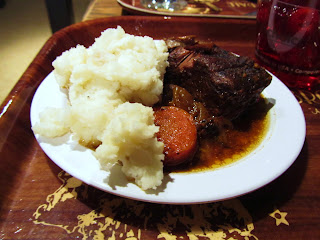 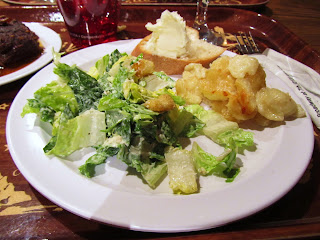 During the media lunch, we were first treated to the cafeteria line... buffet style.  I went straight for the mashed potatoes.  The pot roast was definitely a side to my mashed potatoes.  There were plenty of choices for salad, but classic Caesar can't be beat.  Clifton's macaroni was prepared in the simple old fashioned way as mac n' cheese rather than macaroni drenched in cheese sauce.  The slightly burned cheese crust was magnificent.  I kept lunch light for fear of a food coma induced faltering of work place productivity. 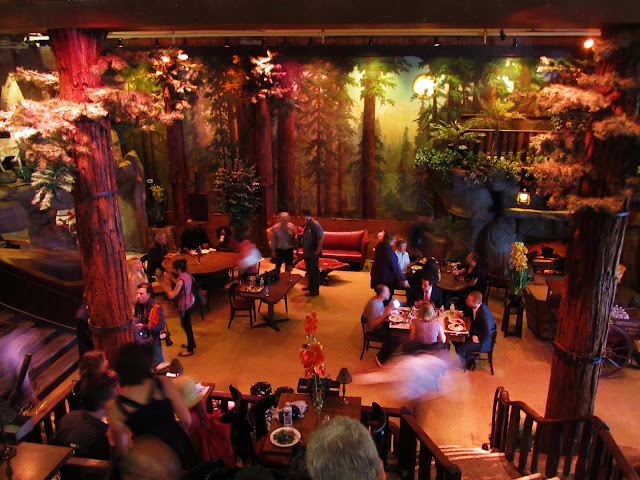 For dessert? Raspberry jello, of course.  Personally, I think that jello has got to be one of the worst culinary inventions in history.  Truly, for the lack of a better word... yuck.  But I was in a cafeteria.  And when in Rome... raspberry jello it was.  Luckily, there were a variety of cupcakes at the dessert counter.  No multi-layered chocolate cake, but these red velvet cupcakes kept my nostalgia at bay. 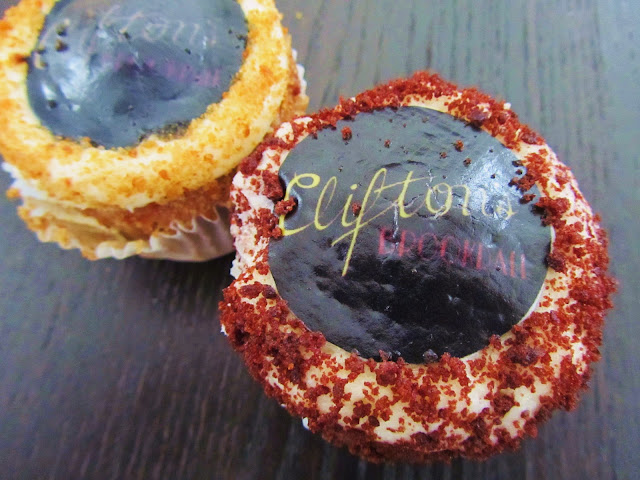 Thank you, once again, to Arpi and Barbara for inviting me and my dad to attend this historic unveiling.  It brought back some cherished childhood memories for me, and it fueled the anticipation for Clifton's grand re-opening.  18 months and counting... can't wait to see it when it's complete! 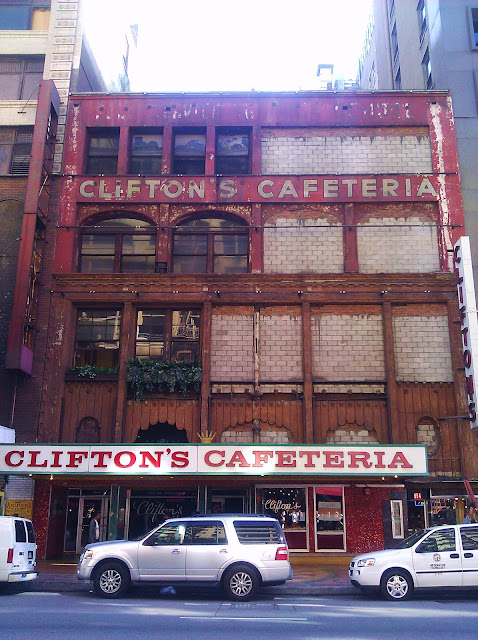