My actual birthday had finally arrived, and some very good friends of mine kidnapped me to the Happiest Place on Earth... somewhere I haven't been since high school.  The churros were as expensive as I had remembered... the Dole pineapple whip soft-serve was completely new to me... and the satay skewers from Bengal were simply awesome... but Club 33 trumped all. 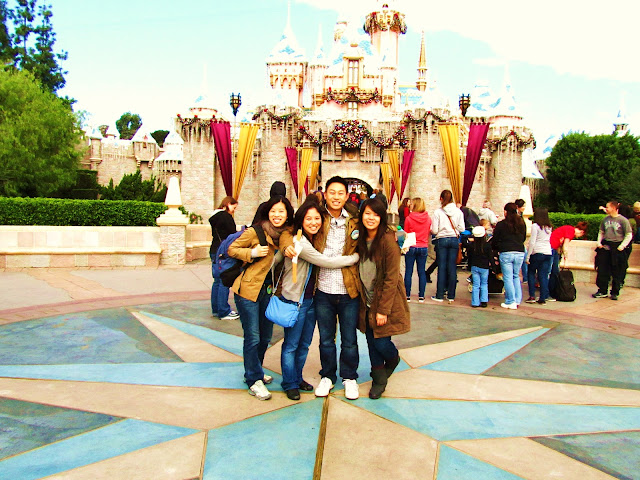 Club 33 is located at 33 Royal Street just a few doors down from the Pirates of the Caribbean ride exit.  We found the buzzer (there are two... the lower one leads nowhere) next to the pale green door hidden between 31 and 35 Royal Street.  A receptionist answered, welcomed us in from the freezing cold, took our jackets and put us through the lift (she corrected me and said it wasn't an elevator) to the second floor. 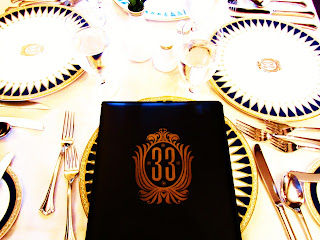 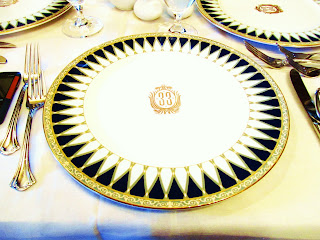 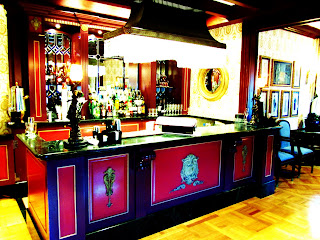 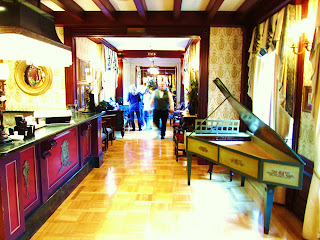 The inside was a world apart from the hustle and bustle of New Orleans Square.  Ornate decorations adorned the walls... props from Disney movies stood in the walkways... Mickey's ears formed the finger grip of the martini swizzle sticks... there were no screaming children here, but it was still definitively Disney. 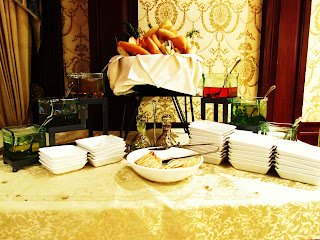 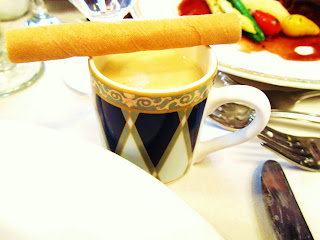 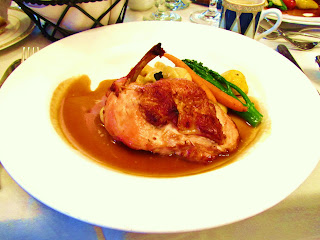 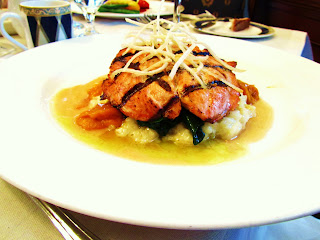 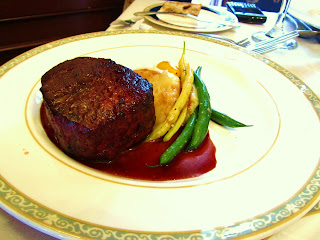 Never mind that the chicken was a bit dry or that the salmon tasted more like the char than the fish itself... the chateaubriand was awesome, and the risotto made me think twice about rice.  Mickey and Pluto were there to celebrate with me and the dozens of other birthday boys and girls in the restaurant.  I was just happy to be there with some of my favorite people in the world... 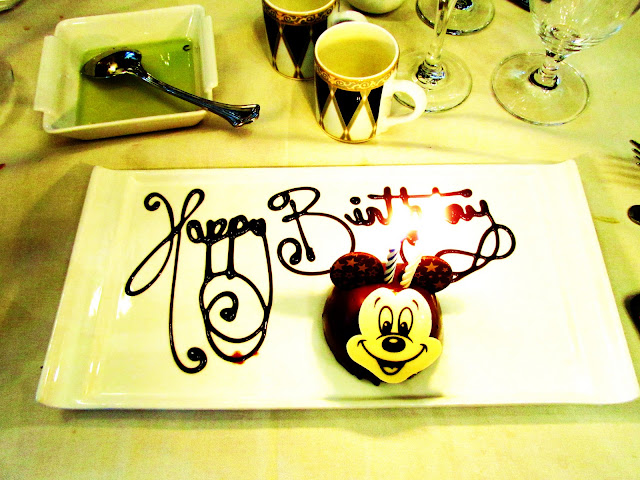 We rode our favorites, had lunch at a hidden restaurant and watched World of Color on the California Adventure side of the park.  It was absolutely freezing, which implied that it was a bad idea to ride Splash Mountain... but the absolute lack of a line beckoned us.  Three of us are now sniffling, sneezing, and hacking our lives away (someone may even have a sinus infection), but it was all worth it. 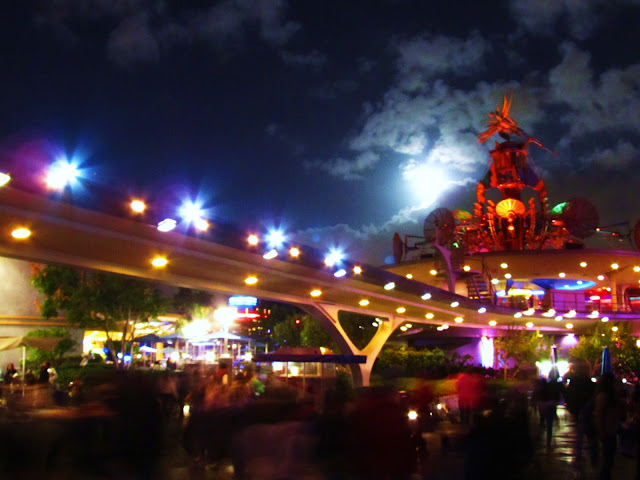 The weather forecast called for rain, but there was no rain.  Just a few clouds skipping across the sky... on the run to Space Mountain, we caught a glimpse of the full moon hiding behind the clouds.  If it hadn't been there, the smiles from the sea of children were enough to light up the night sky. 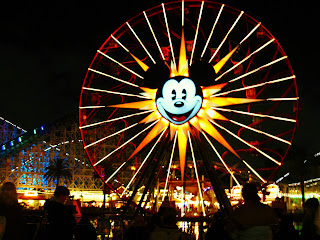 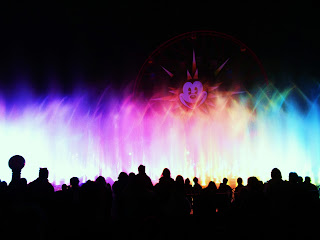 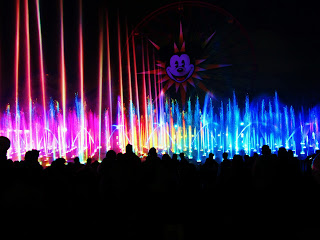 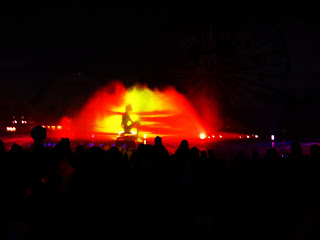 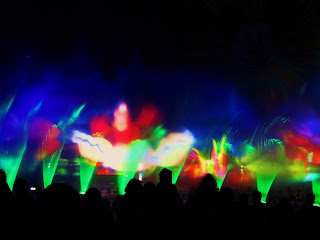 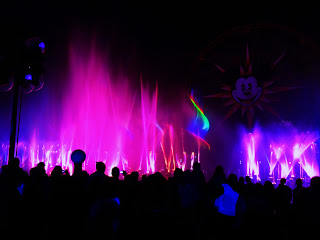 The fountains at Bellagio in Vegas were the first to inspire my return to an organically constructed body of water, but the World of Color will guarantee my return.  Apparently the World of Color gets updated every so often... will this motivate me to buy an annual pass? Smart move, Disney... 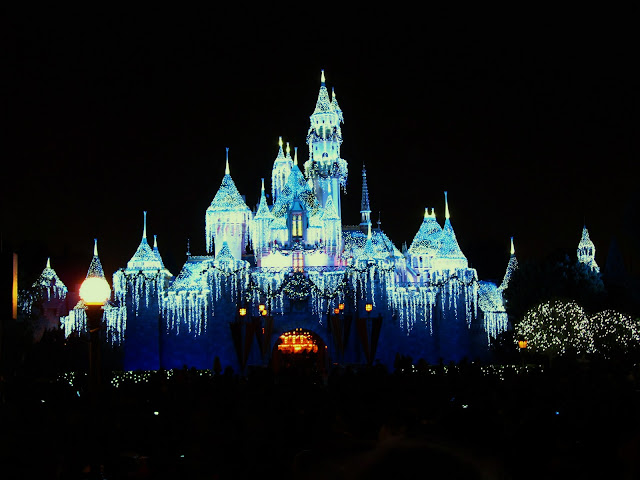 The day started off with a bit of confusion... where was I to spend the day? Clues: outdoors, need comfortable walking shoes, somewhere between LA and San Diego... there was only one place in my mind.  And it ended with nothing but certainty for me... I have the best friends in the world.