The omakase that we had for Ashley's birthday was an inspiring way to start off the new year.  I've had the omakase at Kantaro Sushi in Torrance before, but I left my camera at home the last time.  Luckily, I remembered to bring it this time so I could document some of the whoa moments of the meal. 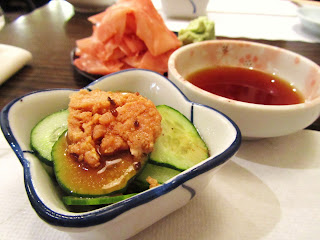 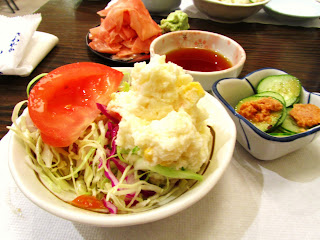 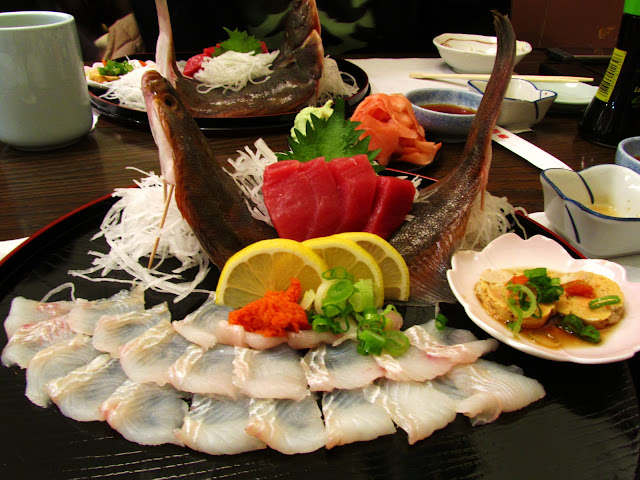 When Duke first saw the pictures from the meal, I remember him saying that some of the courses looked pretty intense.  The first sashimi course with the entire fish chillin' right on the plate was definitely intense.  I mean... we were eating the flesh of the fish while the body was lying right in front of us.  Intense. 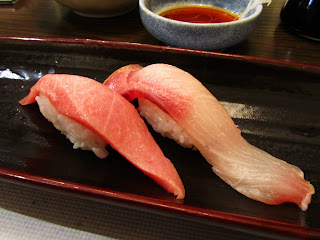 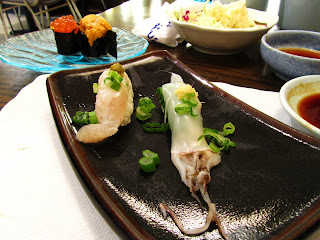 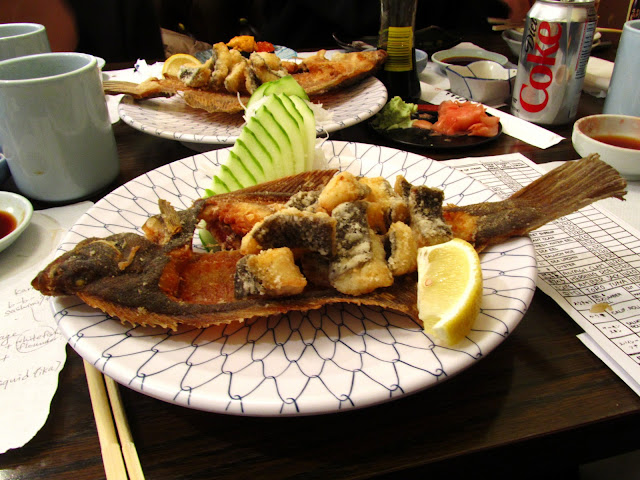 
Later, that same fish was grabbed from our plates with bare hands.  The cute little missus of the restaurant (do I call her Mrs. Kantaro?) whisked the dreary, gray fish carcass away to the kitchen only to return with a golden, deep-fried whole fish.  That was definitely intense. 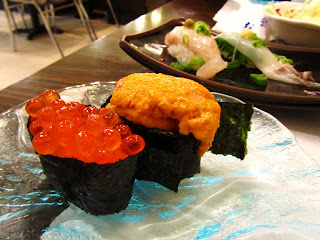 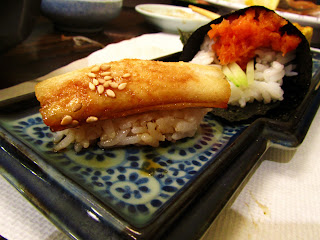 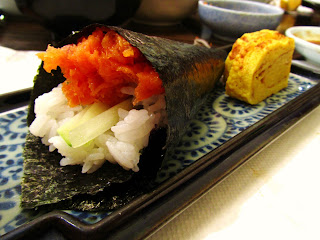 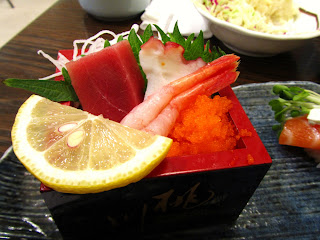 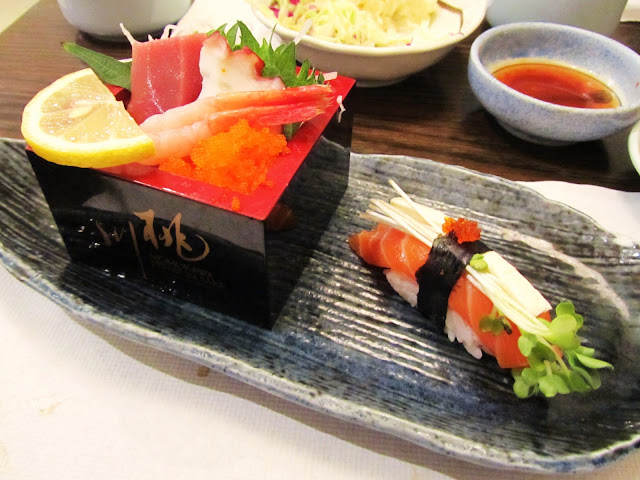 But what else would omakase be? Omakase is the chef's table.  It's his way of showing the guest how skillful, creative, and imaginative he can be.  It's gotta be intense.

The only other place I've ever had omakase was at Wakasan in Westwood... another birthday outing.  Wakasan's omakase involves more hot food items such as croquettes, hamburger steak on cast iron grills, chicken hot pot, etc.  That experience, just like this one, was intense.  You can read about it on Duke's blog. 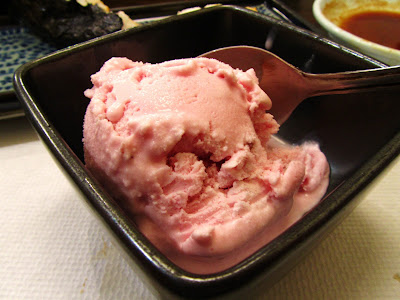 And thanks for the description, Duke.  That one word said it all.