Tasty Indian Pizza combines the best of Indian fare and arguably the most cherished American food to bring a unique Indian-American perspective on bar favorites like pizza, wings, and nachos.  I like that the name of the restaurant tells you exactly what you are getting.  But hey, if you don't like the insides of a samosa on top of your pizza, then there is good ol' pepperoni for you too. 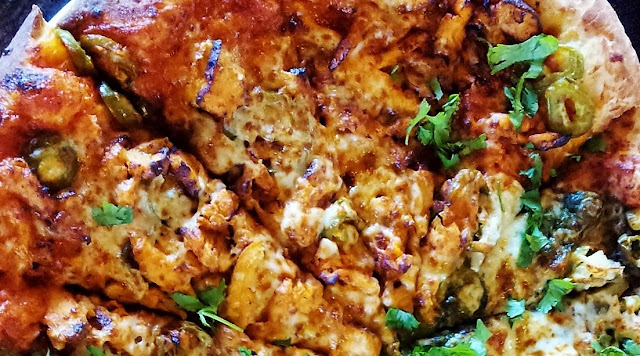 My friends and I hit up Tasty Indian Pizza not for the pepperoni but for, well, the tasty Indian pizza.  We ordered half of the 3 Idiots and half the Saagar.  The 3 Idiots half of our pizza was adorned with Indian butter chicken, which is really just the dark meat portion of chicken tikka masala, and garnished with chilies and jalapeños, making for a spicy taste that can be easily washed down with cold beer.  The 3 Idiots, as I have since learned, is a major Indian blockbuster that was the highest grossing Bollywood film when it was released. 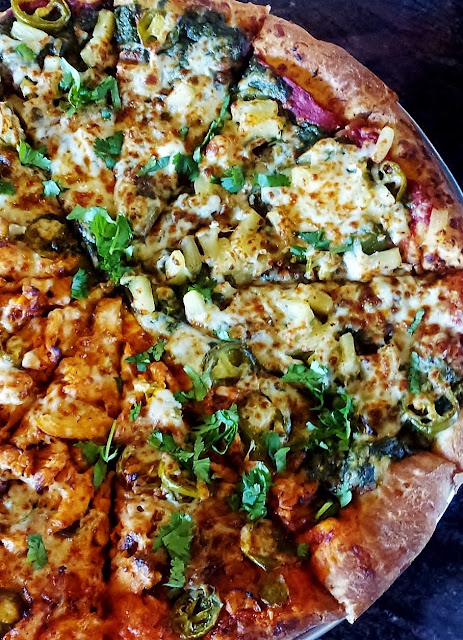 The Saagar half of the pizza was mainly a creamy spinach pizza with pineapple, jalapeño, red onion, and cilantro.  The pineapple sounds absolutely bizarre in that mix of ingredients, but once that spiciness creeps up onto your taste buds, you'll be glad that the sweetness of the pineapple is there to put out the fire. 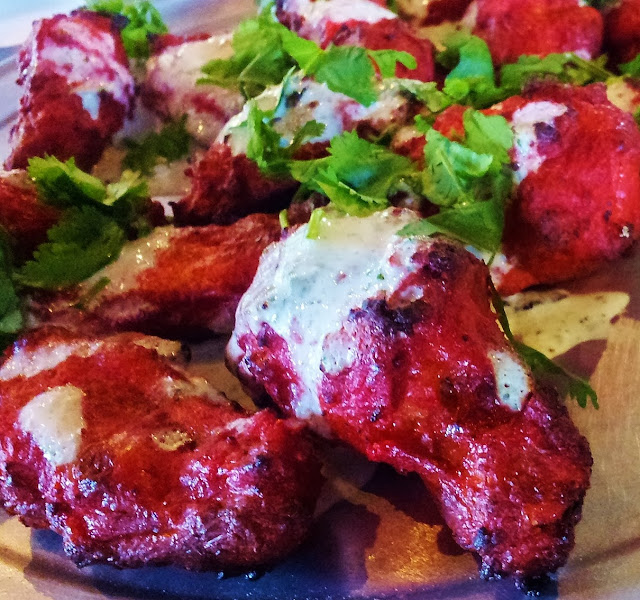 We also order the spicy tandoori wings.  The outside resembles the glowing red chicken fired up in the tandoori oven, but the inside is even more tender than the traditional version.  The skin is just slightly crisp, not enough to produce a real crunch, but one bite into it, and the meat oozes with juiciness.  It is now one of my favorite ways to have chicken wings.  A fair warning though... the chicken is hot in both temperature and spice.  Be prepared to sweat.


What is cool about Tasty Indian Pizza is that not only does it have seriously delicious food, it is also an ideal spot to gather your friends for football and beer.  Sounds like a perfect spot for Sunday, doesn't it? We have already declared we would return for the other pizzas on the menu.

When football season is over, let's get Tasty Indian Pizza take-out and stream 3 Idiots, yeah? I'll take your silence as consent.  Until next time, let's all get S.O.F.A.T.